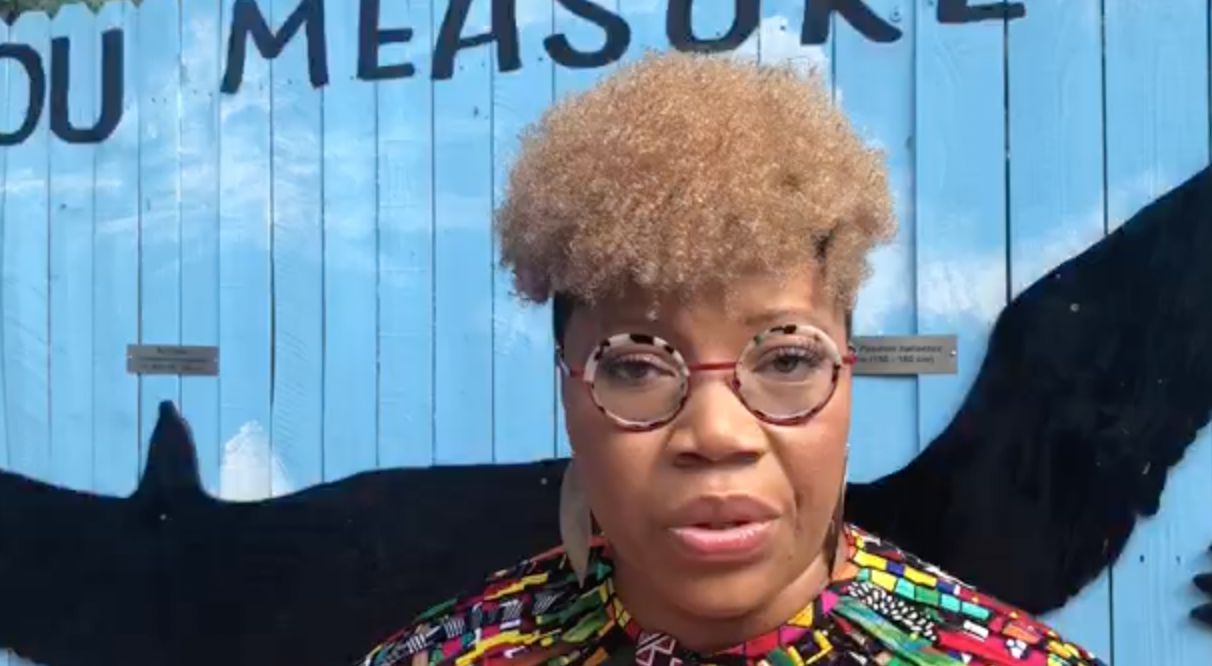 Dr. Keesha Benson says that she wants to bring people together on the school board. (Mitch Perry/Spectrum Bay News 9)

Keesha Benson says it’s not an exaggeration to say that education is a major part of who she is.

Benson has a deep background in academia. She earned two degrees as an undergrad at Florida A&M University, and then went on to the University of North Carolina to earn Ph.D. and master’s degrees in social work before becoming an assistant professor in the school of social work at Temple University in Philadelphia for nine years.

She moved back with her family to St. Pete four years ago and has been extremely active in the community ever since.

First she was the manager of Grow Smarter, an initiative with the St. Petersburg Chamber of Commerce that was focused on community and economic development. She then went on to serve as director with Thrive by Five Pinellas through the Early Learning Coalition of Pinellas County.

Then it was on to becoming chief learning and evaluation officer at the Foundation for a Healthy St. Petersburg. Benson says that running for school board really wasn’t on her radar, but that changed when she learned that District 3 incumbent Nicole Carr, who she says she has tremendous respect for, announced that she would not be running for reelection this year.

“I looked at the race to see who else was running, and at the time I thought about the fact that every gift and talent I have was made for this moment,” she said, referring to her academic background, her roots in the community and the fact that she has three children currently in Pinellas schools.

“I thought to myself, if someone’s going to come in and use their gifts to make a change, then it needs to be me in this moment.”

She then resigned immediately from the foundation and has been running full-time since then.

Benson says that she believes in “student-centric learning” and emphasizes that educators “teach the child, and not to the test.”

School board races in Florida are nonpartisan contests, but Gov. Ron DeSantis has made education a political issue this year with his legislative proposals banning Critical Race Theory (not actually taught in Florida public schools) and the Parental Rights in Education law that critics dubbed “Don’t Say Gay.” He’s also backing candidates in some select school board races this year.

Benson says she wants to bring people together.

“For me, there’s no space for divisiveness,” she says. “We can’t get into political partisanship and not think about what’s best for our children.”

Benson calls the focus on banning certain textbooks for having content on critical race theory or social and emotional learning “a distraction.”

“As an educator, I believe that every child deserves textbooks, curriculum, access to teachers and individuals that are reflective of who they are and the population that they serve,” she says.

She emphasizes that she stands for all children, regarding of race, religion, sexual orientation or gender identity.

Benson graduated from the Center for Advanced Technologies, a public magnet program that was attached to Lakewood High School in South St. Pete. She said that while she already had a “full ride” to advance her studies at Eckerd College, she also had a strong desire to experience more of the world, prompting her to decide to attend Florida A&M University in Tallahassee before getting her advanced degrees at the University of North Carolina.

“I remember writing in my college admission essay that I want to be able to fail and have those stories be my own, and see what the opportunities are,” she recounts. “I think every child needs that. They need the opportunity to just get out there, try things, be creative. And sometimes you fail, and that’s okay.”

Benson is running countywide against Carl Zimmermann and Dawn Peters in the District 3 race. She’s the top fundraiser in the race, and has raised more than all but one of all of the other candidates running in the four school board seats on the ballot in Pinellas this year, trailing only District 7 incumbent Caprice Edmond.