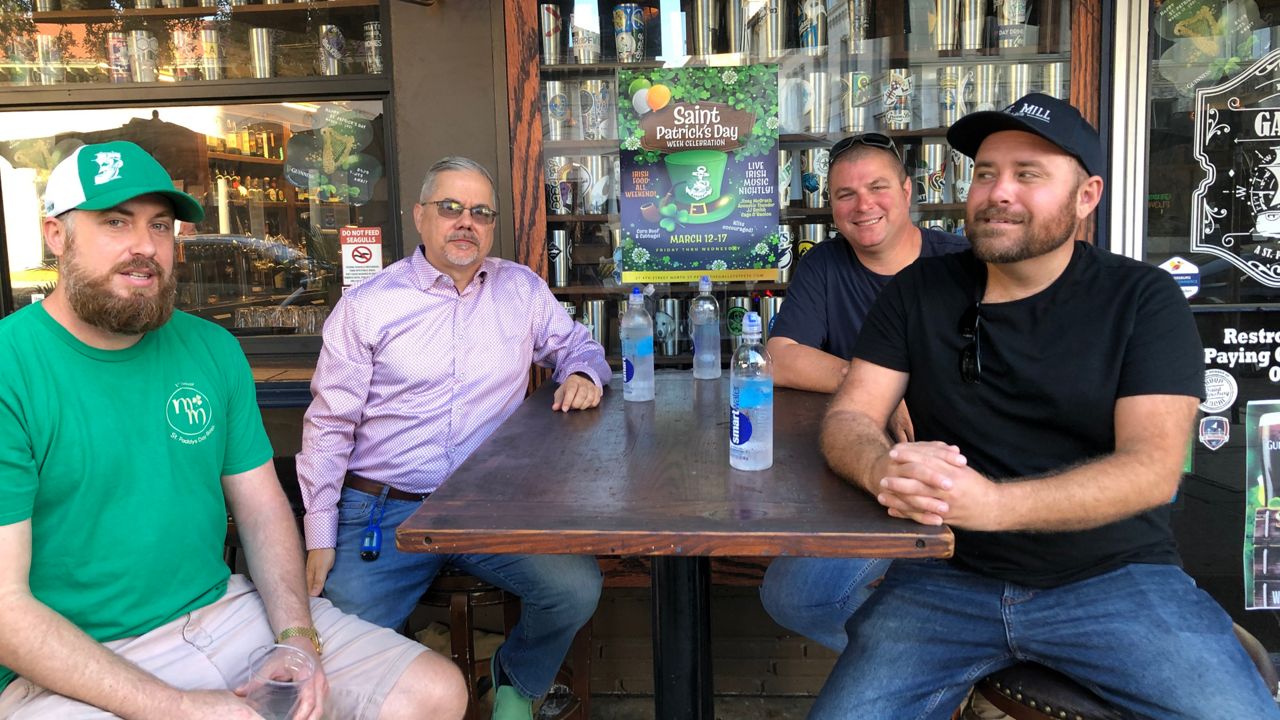 
Although the city’s legal department has been working on those changes going back to 2019, the changes come as the city’s code enforcement department has issued more than 260 municipal violations to local businesses for violating the city’s Covid-19 ordinance since last summer, mostly related to employees failing to wear masks or be socially distanced.

“We’ve got states opening up to full capacity, taking away restrictions, so why the power to move right now? asks Jason Griffin, who owns The Mill and Nash’s Hot Chicken. “And why not talk to the businesses? You know, the businesses that have helped St. Pete as a community? Why not give them a seat at the table?”

Mayor Kriseman says that there’s absolutely nothing “nefarious” about the proposed amendment changes coming due now.

“An ordinance comes forward when legal is in a position where they’ve drafted something that they’re comfortable with,” he says, adding that the ordinance transcends the pandemic and that these changes to the city’s code will be just as important after the public health crisis abates.

The issue first came before the city council on February 18 (which some business owners said that they had no advance word was happening). At a meeting of the city’s Public Services & Infrastructure Committee last Thursday, there were some revisions announced by the city’s legal department, but officials with the St. Petersburg Chamber of Commerce say they still have concerns leading into the discussion of the issue before the city council this Thursday.

The downtown business owners that Spectrum Bay News 9 spoke with said that the power to cite them has now moved from the city council to the chief of police, and that they’re worried that two convictions can lead to having their late-night permits revoked (which allow establishments to remain open between midnight and 3 a.m.)

Chris Steinocher, the president & CEO of the St. Petersburg Chamber of Commerce, told council members last week that he is advising his members not to pay the fines for any citations they get now for violating Covid restrictions, since paying those fines translate into a conviction, with two such convictions resulting in the suspension of their after-hours permit.

“We have been paying those fines, and now yes, we know that our restaurants should not pay those fines, because that is an admission of guilt. Two of those and many of our businesses have paid two, can now be closed down. Is that what your intent is? To close our businesses down?”

Absolutely not, counters the mayor.

“We’re doing everything we can to keep our community safe and keep our businesses open. That’s the whole purpose for this,” Kriseman says, adding that’s why he believes the city has done relatively well in handling the pandemic. “We’re trying to find that balance. But it’s a partnership, and the business community needs to be a partner with us, and it’s not fair to the businesses who are doing it right.”

As of late December, several businesses in St. Petersburg had been cited for Covid violations several times.

“We’re not talking about a hundred businesses that are getting the majority of citations,” Kriseman says. “This is a limited number of businesses…these are folks that have had multiple violations.”

Roger Curlin owns Club Savor and is the co-founder of the Pinellas Independent Hospitality Forum, an affiliated collection of over 100 local restaurants and bars. He says he’s been disappointed by the lack of engagement by the administration with the business community, and says he only believes that they’re engaging now “because we stepped up to create advocacy for ourselves as a group.”

“Mayor, we’ve been ready to have that conversation for a while,” he says. “We all want the same thing for our city.”

This all is taking place just days after Gov. Ron DeSantis announced in an executive order that all Covid-19 related fines by local governments since last March would be cancelled. Officials in Broward, Miami-Dade and Palm Beach counties issued a joint statement criticizing that decision on Monday, and Kriseman agrees.

“Everything that has come out of the governor’s office has done nothing but confuse the public and quite frankly local governments,” said Kriseman, who has publicly blasted DeSantis for some of his moves. “We’ve been scrambling when he gives an order – to even find the order and try to understand what does it do.”

The proposed amendment changes to the city’s ordinance are on the city council’s agenda for this Thursday. The public hearing begins at 5 p.m.