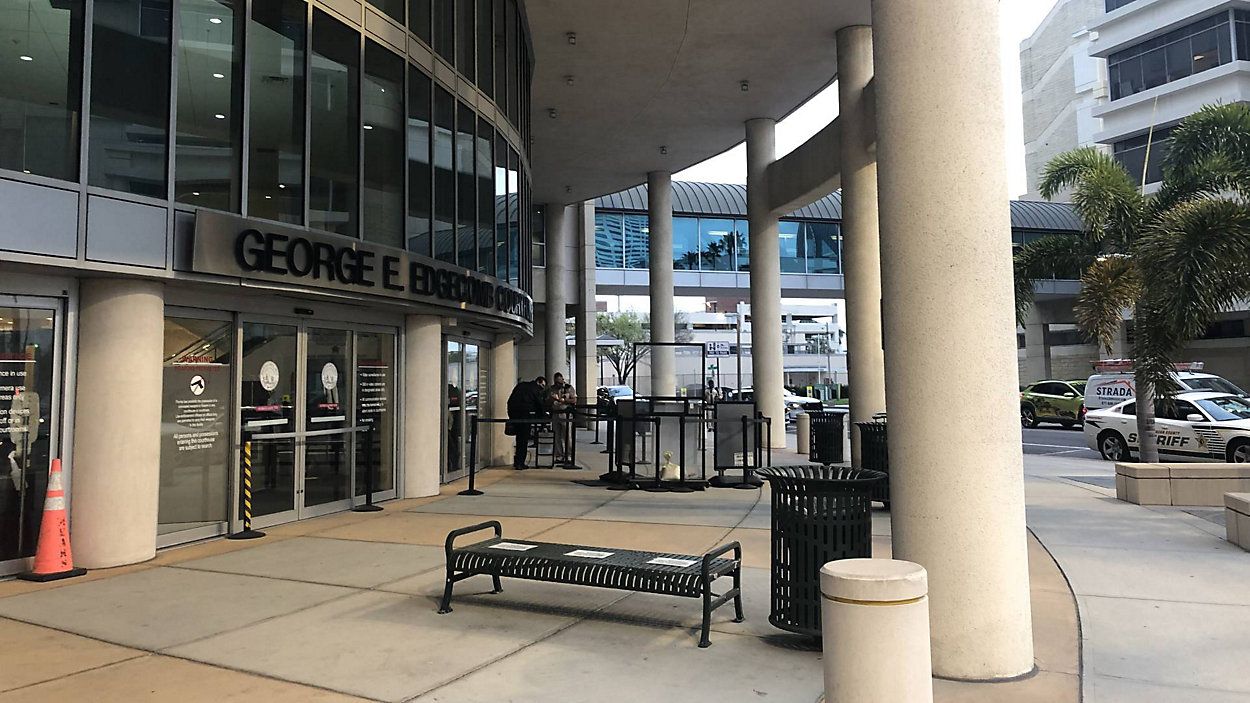 Annual reports from the Florida Clerks and Comptrollers in 2019 found that over $1 billion in felony fines were issued between 2013-2018, with an average of less than 20 percent able to pay off those debts. (Spectrum News image)

A Hillsborough County-based legislator says it’s time to question whether Florida’s system of collecting fines and fees is really the best way to fund state agencies like the court clerks.


Democratic House Rep. Andrew Learned has filed a bill that would create a commission to reevaluate and make recommendations on the current system.  A recent report from the Vera Institute of Justice found that Florida’s state and local governments collected at least $755 million in criminal and traffic fines and fees as revenue in 2018, yet hundreds of millions more were not collected because of the inability of those charged with those fines and fee to pay.

“This just comprehensively looks across the system and says: What works? What’s not working? How can we make this better?’” Learned says about his proposal, which would be called the Council on the Discretionary Imposition of Criminal Justice and Traffic Fines and Fees.

Annual reports from the Florida Clerks and Comptrollers in 2019 found that over $1 billion in felony fines were issued between 2013-2018, with an average of less than 20 percent able to pay off those debts, according to WLRN Radio.

“Do we really need to be saddling people with a debt that we know that will never be able to repay, based on the fact that they can’t get good jobs, they can’t get licenses,” says Learned. “It’s hard to get back on your feet as a former felon. They’re working minimum wage jobs as it is... So this just kind of comprehensively looks at it and says,’ does that make sense?’ If not, what would be a better system so that we can continue to fund our court systems.”

Learned’s proposed committee would consist of a chair chosen by the attorney general; two members of the Senate and two members from the House; two public defenders; two state attorneys; a Supreme Court justice or district court of appeal judge appointed by the Chief Justice of the Florida Supreme Court; two county judges and two circuit judges; a representative from the Florida Association of Court Clerks and Comptrollers; and representatives chosen by the attorney general from these groups:

The Florida Legislature has added more than 20 new categories of what are called legal financial obligations (LFOs) to the criminal justice process since 1996, according to a 2010 report from the Brennan Center for Justice. They did so, the report says, without examining whether added debt “promotes recidivism or otherwise hinders reentry into society for those convicted of crimes.”

When individuals fail to make payments, they may get be sanctioned, including having their driver’s licenses suspended. According to a report from the Fines & Fees Justice Center, in 2017 more than a million suspension notices were sent to Florida drivers because of overdue court debt. The report also found that 72 percent of driver’s license suspensions in Florida are for unpaid fines and fees, not for unsafe driving.

Port Orange Republican state Senator Tom Wright and South Florida Republican Rep. Chip LaMarca are sponsoring legislation this year that would address the issue by setting up a standardized process for people to get on payment plans based on their ability to pay. It would set payment amounts at around 2 percent of the person’s average monthly income, or $10, whichever is greater. Their bill would also stop the suspension of driver’s licenses if the underlying reason for an unpaid fine or fee in a criminal case had nothing to do with driving.

“If you’re taking away someone’s ability to drive and ability to work, how are they going to earn the money that they need to earn in order to pay off the amount that they owe?” asks Ashley Thomas, the Florida state director of the Fines and Fees Justice Center. “These are folks who are reentering society after having served their sentence. They have criminal convictions. They’re already facing an uphill battle finding a job or finding an employer, and there’s a lot of jobs in Florida that require driving, so we’re basically just making it impossible for folks to be able to work.”

Clerks of the Courts offices in Florida depend on fines, fees and court costs to fund many of their services – and they’ve taken a financial hit during this past year of the pandemic.

“Florida’s Clerks of Court and Comptrollers continue to face an unsustainable funding system that has resulted in statewide budgets lower than the budget from 15 years ago,” said Tara S. Green, Clay County Clerk of Court and Comptroller in a statement last month. The Clerks are backing legislation sponsored by Bradenton-based GOP state Sen. Jim Boyd and House Rep.  Webster Barnaby that includes potential solutions to the Clerks long-standing budget issues that have worsened in the past year due to declines in funding from fees, fines and court costs.

Illinois lawmakers voted in January to end the practice of suspending driver’s licenses for unpaid red-light and speed camera tickets. There are now 14 states that have started to curb debt-related driver’s license suspensions, says Thomas.

The Florida Legislature passed a measure in 2019 that requires people who have completed their criminal sentence term to have to pay off all fines, fees and restitution before they can regain the right to vote. According a report from University of Florida professor Dan Smith, that disqualified more than 80 percent of those former felons from voting.