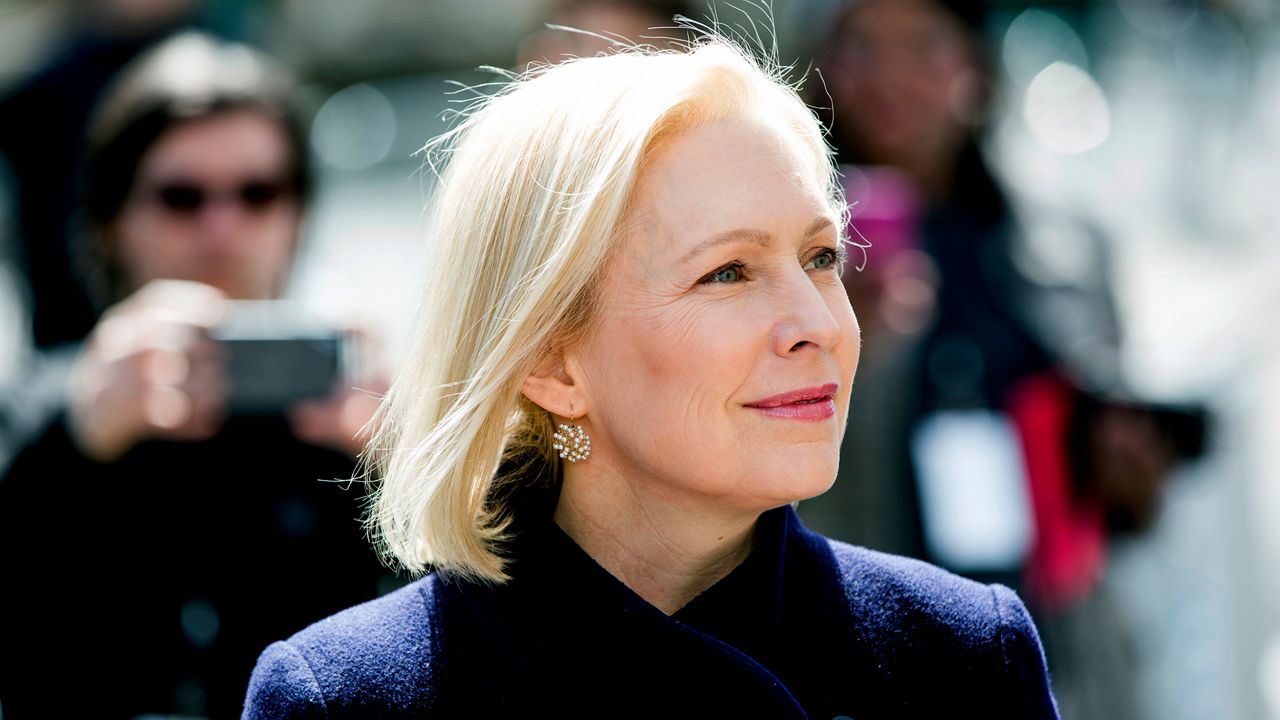 Sen. Kirsten Gillibrand Says She Is Ending Her Campaign for President

On deadline day for Democrats to qualify for the third presidential debate, New York Sen. Kirsten Gillibrand announced Wednesday evening that she was dropping out of the race.

Making the announcement on Twitter, New York's Democratic junior senator thanked supporters and reiterated her support for a Democrat to defeat President Donald Trump and flipping the Senate.

"I know this isn't the result that we wanted. We wanted to win this race," Gillibrand said in the Twitter video. "But it's important to know when it's not your time."

DROPPING OUT AFTER FAILING TO QUALIFY FOR HOUSTON

Gillibrand's campaign has struggled to gain traction since she announced her exploratory committee in January. Since then, the primary field has ballooned to more than a dozen candidates, although it has winnowed since the second debate.

The announcement came a few hours before the deadline — just before midnight — for Democrats to qualify for the third primary debate in Houston in September. Gillibrand and fellow New Yorker Mayor Bill de Blasio are not expected to qualify.

The most recent poll, a Quinnipiac University Poll, released this morning showed Gillibrand still trailing behind the pack, at 1 percent. De Blasio, meanwhile, is still polling at about zero percent.

The rules for the third debate will make it harder for some of the lower-polling candidates to qualify.

The polling and fundraising thresholds will both be higher for the third Democratic debate, and candidates will have to meet both thresholds instead of just one.

To qualify for the third debate, candidates must receive 2 percent or more in at least four qualified polls. They must also receive donations from at least 130,000 donors, and from 400 unique donors per state in at least 20 states.

Gillibrand and de Blasio appear to have fallen short of these thresholds. For months, the senator trailed behind a crowded Democratic field, averaging around 1 percent in the polls. She was unable to distinguish herself both on and off the stage. Then, prospects dimmed this week when she fell short of securing 130,000 donors and the polling needed to make the September debate.

In a memo to supporters, Gillibrand's campaign manager acknowledged not qualifying for the debate would make the already steep climb even more difficult.

In the last few weeks, the campaign ramped up spending, bought air time in Iowa and New Hampshire, and added nearly 30 staffers. It was not enough.

In the five months since Gillibrand officially kicked off her run for president, she kept up a furious campaign schedule — making 10 trips to Iowa alone — and burned through millions of dollars in campaign funds.

And yet, her candidacy faced the bleak reality of falling short of qualifying for the debate.

"I need help," Gillibrand told the audience at a Washington Post Live event last week. "So I have to ask your viewers to help, to go to kirstengillibrand.com."

Candidates must register 2 percent in at least four qualifying polls to make the debate stage; New York's junior senator has reached that mark just once.

She was also short of the required 130,000 donors, though her campaign recently said she was close.

Gillibrand was no stranger to the political stage, but her inability to connect surprised political observers who said she was hurt by a crowded field that included other high-profile women senators.

She's long been at the forefront of women's issues, including sexual harassment, years before the #MeToo movement. She's been an effective fundraiser and legislator, and won landslide election victories.

But on the campaign trail, she's been repeatedly dogged by questions over her demand for Minnesota Sen. Al Franken's resignation over sexual misconduct allegations.

In the Washington Post earlier this week, she was asked her thoughts on being vice president:

"If you were not the nominee, would you be open to serving on the ticket?" Washington Post reporter Bob Costa asked.

"Of course," Gillibrand said. "I will do public service in all its forms."

Gillibrand said she will continue to work towards defeating Trump. The senator will relaunch her Political Action Committee and raise money to help elect more women.

Gillibrand was appointed to the U.S. Senate in 2009 to fill the seat vacated by Hillary Clinton, and was elected to the U.S. House of Representatives three years earlier for Brunswick, New York, a heavily-Republican district.

A congresswoman who once championed gun rights, her positions would later move to the left. She has been among the Senate's most vocal members on issues like sexual harassment, military sexual assault, equal pay for women and family leave, issues that were central to her presidential campaign.

Gillibrand began with over $10.5 million left over from her 2018 Senate campaign in her presidential campaign account. That seemed like more than enough resources for the long haul.

But the senator has said for months that her decision to demand Franken's decision alienated donors and some voters in his neighboring, make-or-break Iowa.

Many of her Senate colleagues seeking the Democratic presidential nomination — including Elizabeth Warren of Massachusetts, Cory Booker of New Jersey, Kamala Harris of California, and Bernie Sanders of Vermont — followed her lead in calling for Franken to step down before he quit in January 2018. But Gillibrand has continually faced more questions than others about being too quick to condemn him.

Speaking in Manhattan in July, Gillibrand said she didn't regret urging Franken's resignation but argued that female senators were being blamed more than their male colleagues for a decision that Franken himself ultimately made.

"Women are asked to hold accountable their colleagues. The men are not," Gillibrand said. "It's outrageous. It's absurd."

Gillibrand failed to catch fire, though, despite embracing feminist issues. This month, she visited St. Louis, home to Missouri's lone remaining abortion clinic, to decry efforts by Republican-controlled legislatures around the country to restrict abortion — after previously visiting Georgia's state capital for the same purpose.

During a Fox News town hall in June, Gillibrand said, "We want women to have a seat at the table," and when moderator Chris Wallace responded, "What about men?" Gillibrand shot back with one of the most memorable lines of her campaign: "They're already there — do you not know?"

REACTION TO GILLIBRAND DROPPING OUT

Some Gillibrand's presidential opponents praised the senator after her announcement, including de Blasio and Harris.

Thanks for all you do to represent our great state, @SenGillibrand. Your powerful advocacy has been vital to this race. All the best from me and @Chirlane.

My friend @SenGillibrand is a brave voice on some of the most critical issues facing our country today — from childcare to sexual assault. She is a champion and I know she’s not done fighting for women and families everywhere.

Trump, meanwhile, took a swipe at her after the news broke:

A sad day for the Democrats, Kirsten Gillibrand has dropped out of the Presidential Primary. I’m glad they never found out that she was the one I was really afraid of!

Gillibrand had officially kicked off her presidential campaign by calling Trump a "coward" in a March speech delivered near Trump Tower.