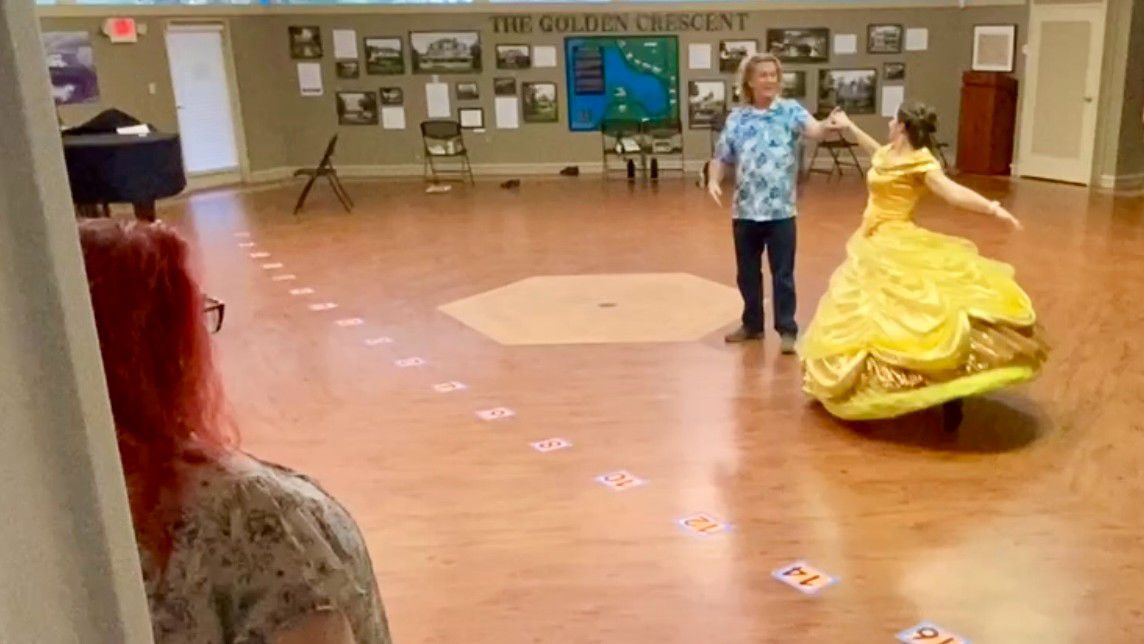 Disney's Beauty and the Beast Musical coming to Tarpon Springs

When Taryn Lumia walks into the rehearsal space at the Tarpon Springs Heritage Museum, she has a beautiful yellow ball gown on.

The cast and crew cheer, and she bows in gratitude to the costume designer. It’s a dress fit for a Disney princess, and her name is Belle.

And the dress means the theatre group is one step closer to opening night at the Performing Arts Center in Tarpon Springs.

It’s the tale as old as time, Disney’s Tale Beauty and the Beast. When Lumia isn’t rehearsing or singing on stage, she teaches elementary and middle school music, drama and musical theatre.

“I take a lot of pride when they finally get up there!” Lumia said of her students.

This show will be something special. A former student will perform alongside Lumia.

Robert Hernandez is about to enter 9th grade, and Lumia put him in his very first performance.

“She really taught me how to like just enjoy theatre to the fullest,” Hernandez said.

For Hernandez, it was a chance to follow in his father’s acting footsteps. His dad is in the musical as well.
Hernandez says Lumia helped him prepare for this role, and helped make his dream come true.

“I probably won’t even forget it when I forget stuff at an older age,” he said, smiling.

Lumia keeps one foot on the stage and the other in the classroom, which makes her better at both.

“It’s incredible watching them grow,” she says of her students.

The show opens at the Performing Arts Center in Tarpon Springs on Friday, July 22nd and runs through July 31.