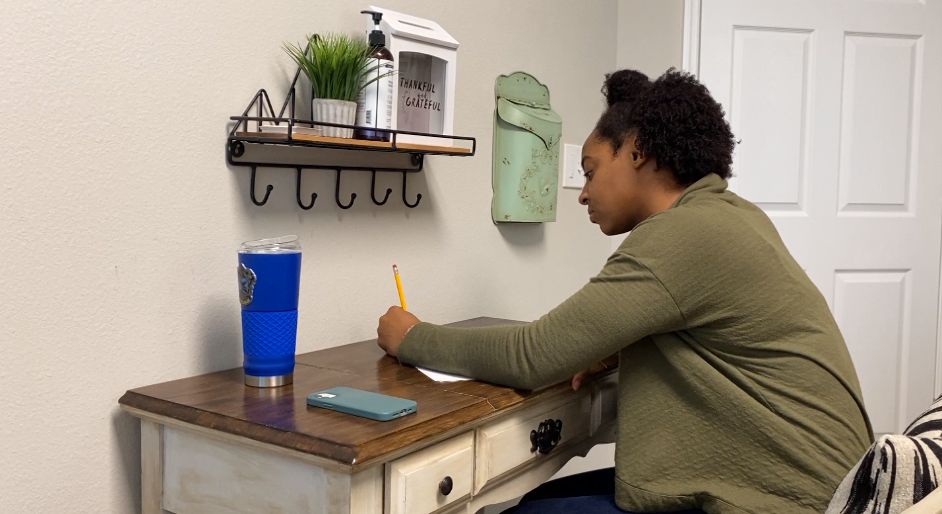 Tesh Hanson believes it deserves more than a month. More than a week. It’s something Hanson thinks we should be aware every day.

“I’m hoping that we’re starting to see that there is a mind, body and spirit connection,” Hanson said.

So passionate about mental health, Hanson has made it her life’s work to help others. She counsels those who seek an outlet to talk through their issues and problems. Meredith Scribner began therapy as a way to prioritize her life. She feeds her mental health soul with regular counseling sessions.

“There’s no shame in therapy and in fact, I think it keeps us sane and focused on, you know, not getting too burdened down by some of the things that come to us during the day to really maintain your focus on what’s important,” Scribner said.

Hanson realized mental health was important to her when a decline began spilling onto the basketball court where she normally shined. Once one of the top players in Hillsborough County, Hanson found herself in a dark place, crippled by depression and anxiety. An elite athlete who could push her body to the limits on the basketball court learned she needed to train her brain and focus on her mental health just as much as she did on her physical.

“It’s just about conversation,” Hanson said. “And we’re just trying to help you. It’s not this big loaded thing. It’s just come talk, let’s figure it out. You don’t have to feel the pressure to be perfect in here.”

We’ve seen those increased risk factors in a rash of high profile college student-athlete suicides this spring. Lauren Bernett was coming off a conference player of the week nod and a leader of James Madison University’s unprecedented run to the College World Series a season ago. Sarah Schulze earned academic All-Big Ten honors in cross-country and track at the University of Wisconsin. And Katie Meyer had secured Stanford’s 2019 national championship with two penalty shootout saves.

All three took their own lives in the span of two months. In a sports culture, where revealing vulnerabilities is seen as a weakness, breaking down that barrier when it comes to mental illness is the first step for athletes.

“Now with social media, you add on the blogging, you add on the fact that you can get paid in college now, it’s a totally different aspect and our mental health will probably been challenged more more so now than when I was playing,” Hanson said.

Talking about it is so important. But so is accessibility to help. Dr. Monica Lake who heads up Dr. Lake and Associates believes the first step in normalizing therapy is removing the stigma associated with mental illness.

“Just being aware that getting services for mental health does not imply you have a disability, does not mean that you have a problem.,” Dr. Lake said. “We all go through struggles and transitions in life. And it’s so important to just pay attention to that.”

That’s why Hanson’s office will always be open and welcome to anyone who needs to talk. She knows and understands the value of therapy. And the importance of keeping mental health a priority. Not just when its month focused on awareness.

“Being able to take into account my mental health experience and then going through my athletic experience, it completely makes sense why I’m here, why I’m here as a therapist and why I’m here to help others,” she said.