TAMPA, Fla. — Adventure Island is putting the final touches on the biggest transformation in decades.


​​That makeover includes the arrival of two new family slides—Wahoo Remix and Rapids Racer—which are now open to the public.

Wahoo Remix is a revamped version of the park’s former Wahoo Run attraction. With the updated version, the slide is now a bright orange color on the outside. But on the inside, riders will encounter synchronized lights and a mix of songs as they make their way through more than 600 feet of slide on their rafts.

“It’s sort of a dance party experience for the whole family and runs through a soundtrack of songs that pretty much fit every genre,” Adventure Island vice president Brandon Thom said.

The park’s other new attraction, Rapids Racer, is completely brand-new. This slide has a friendly competition element to it, with riders boarding two-person rafts and racing side-by-side against opponents.

A highlight of this slide is the”dueling saucers” that swirl riders as they make their way to the finish.

“We have a lot of high-speed thrill rides, we have these pools, a lazy river, but we need more of that family thrill and this fits that perfectly,” Thom said. 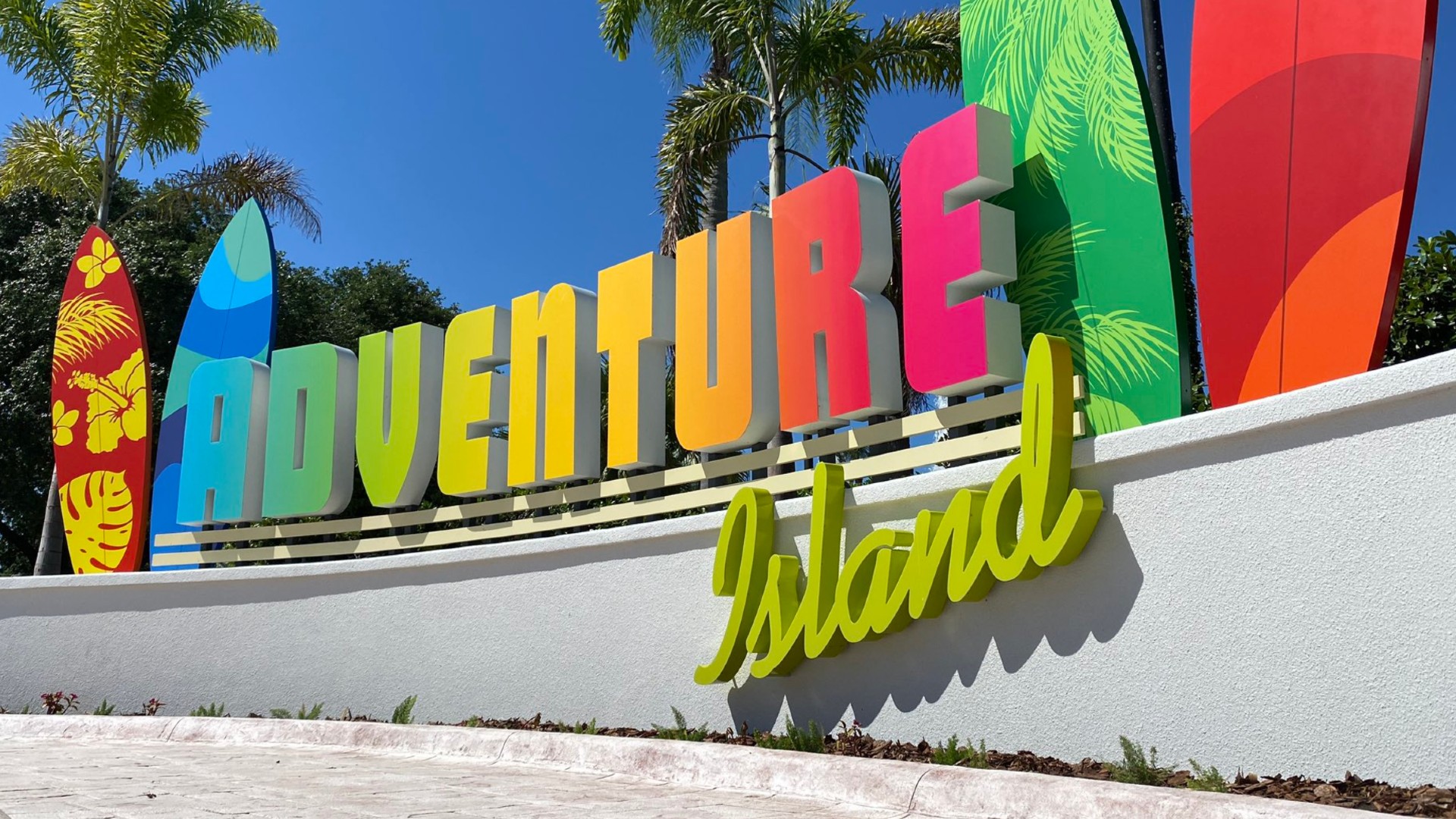 Visitors can also snap a few photos in front of the park’s new colorful backdrop, which features surfboards and giant letters that spell out Adventure Island. At night, the sign lights up.

The new additions comes just in time for the summer season. Just up the road, Busch Gardens Tampa Bay opened its new Iron Gwazi coaster in March. The theme park is also making a few upgrades, with plans to debut a new entrance later this year.