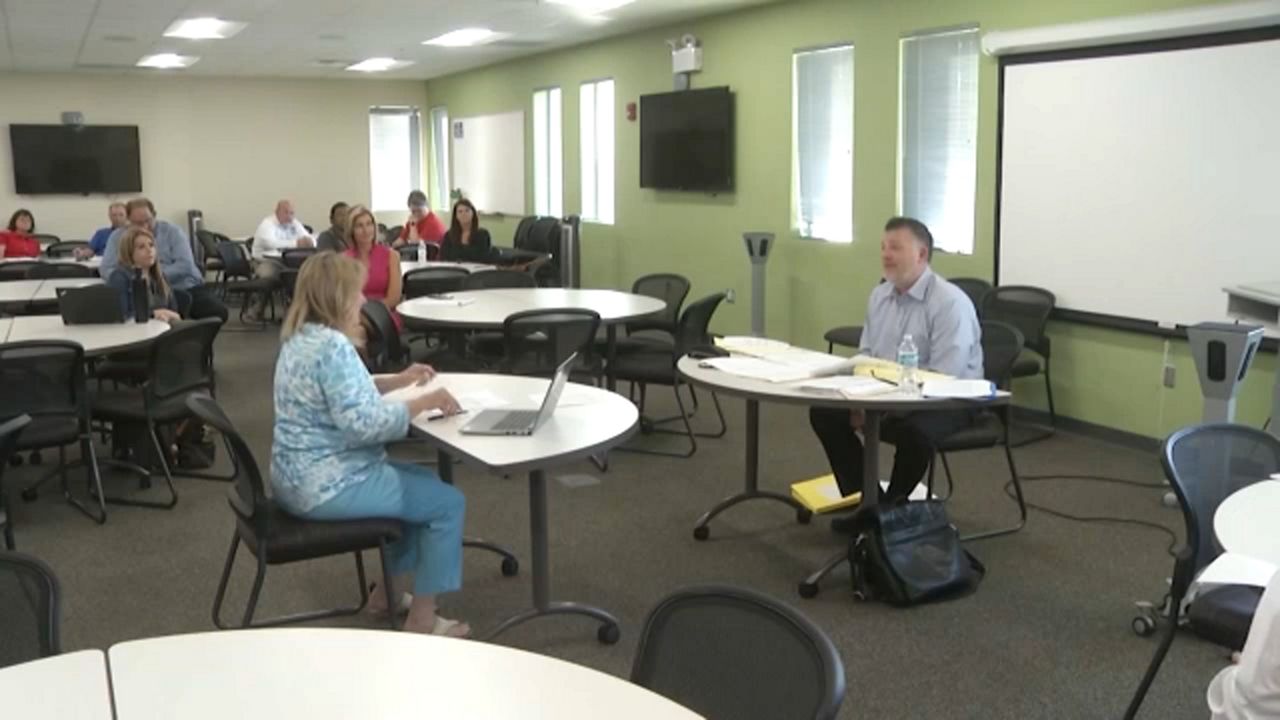 A signing agreement took place Monday between the Pasco School Board and the employees' union, where they reached a tentative agreement on pay. (Spectrum News image)

LAND O’ LAKES, Fla. — Negotiators for the Pasco School District and its employees' union reached a tentative agreement on pay.

It comes after months of negotiations and ahead of the district asking taxpayers to approve a property tax increase that would go toward compensating staff.

In the end, teachers will not see permanent pay raises, but instead a 4% supplemental payout based on their annual salaries.

It appears the deal will be accepted by teachers, but the fight for pay raises will likely continue into the fall and beyond.

"Our goal is for next year to use this momentum going forward with this money that we hear is coming,” said Tom Neesham, PCS Non-Instructional Bargaining Unit Chief Negotiator. “In a very hard year, 4%, $20 million went to employees in the bargain unit, between instructional and non-instructional."

Neesham is referring to about $7 million in funds promised if the governor signs off on next year’s state budget.

Nothing is assured with that money, however.

That's why the school board has already approved a ballot referendum, asking for a property tax rate hike to support future pay raises.

Education officials said inflation is hitting employees hard and even though the supplemental payout is an extra one-time payment of $1,200 - $2,000 for most district employees, it's not enough to help them keep up.

Union members still have to vote on whether to ratify the agreement for a supplemental raise.

If they don't get that done before the end of the month, they will have to draw up a new agreement.