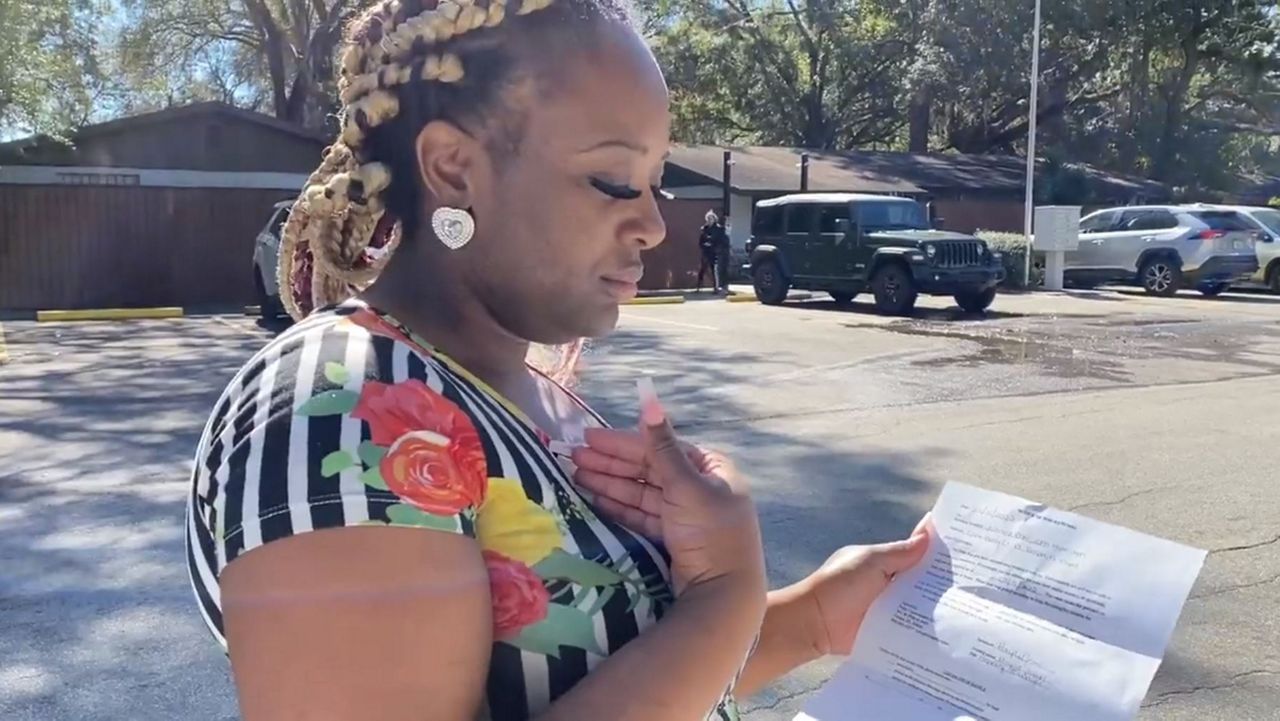 TAMPA, Fla. — Monday was the last day dozens of residents were allowed to live at Holly Court Apartments per their non-renewal notices.

The notices were given on New Year's Eve, giving some just 30 days to find a new home.

Spectrum Bay News 9 learned that some tenants left, while others were given more time to leave.

Tenants are protesting and demanding management at Holly Court Apartments honor their leases and give them more time to relocate.

More non-renewal notices went out today at Holly Court Apartments. This tenant’s lease is being broken. She has two months to find a new home. @BN9 pic.twitter.com/FC8MqVYAxQ

Jasmine Rolfe is a mother of two who moved in April and learned Monday that her lease will be cut short.

“We have to go to the corner store to use the bathroom," she says lately she has been dealing with plumbing issues in her apartment. Raw sewage is backing up in her toilet and bathtub.

“I could not go to work today," said Rolfe. "I had to call off because I could not take a bath.”

She says maintenance came by once, but never returned to fix the problem.

She also says she spent days out of work because she had no running water. Her absence led to her getting suspended at her job.

“How can you go to work without brushing my teeth? I need water. I had to buy gallons of water," she adds.

Per her non-renewal notice, she now has two months to find a new home.

“There’s no openings until May and the rent is high," she said.

Holly Court Residents say they have been treated unfairly and subjected to poor living conditions since a new manager took over.

Others who got notices and talked to Spectrum Bay News 9 at the beginning of the year say they are refusing to sign the notices and will fight their subsequent eviction.

Rolfe says she is going to fight, too.

“I’m not going anywhere. You’ll have to take me to court," she said.

Spectrum Bay News 9 Reporter Fadia Patterson has been reaching out to management for comment since the beginning of the year.

While on site, she approached a property manager who was handing out notices.

They declined to speak or give comment on the issue.

Residents identified this lady as the Holly Court property manager who handed out non-renewal notices today. Tried to get a statement from her but she walked off and avoided me. @BN9 pic.twitter.com/Vm9xqWZ9E9