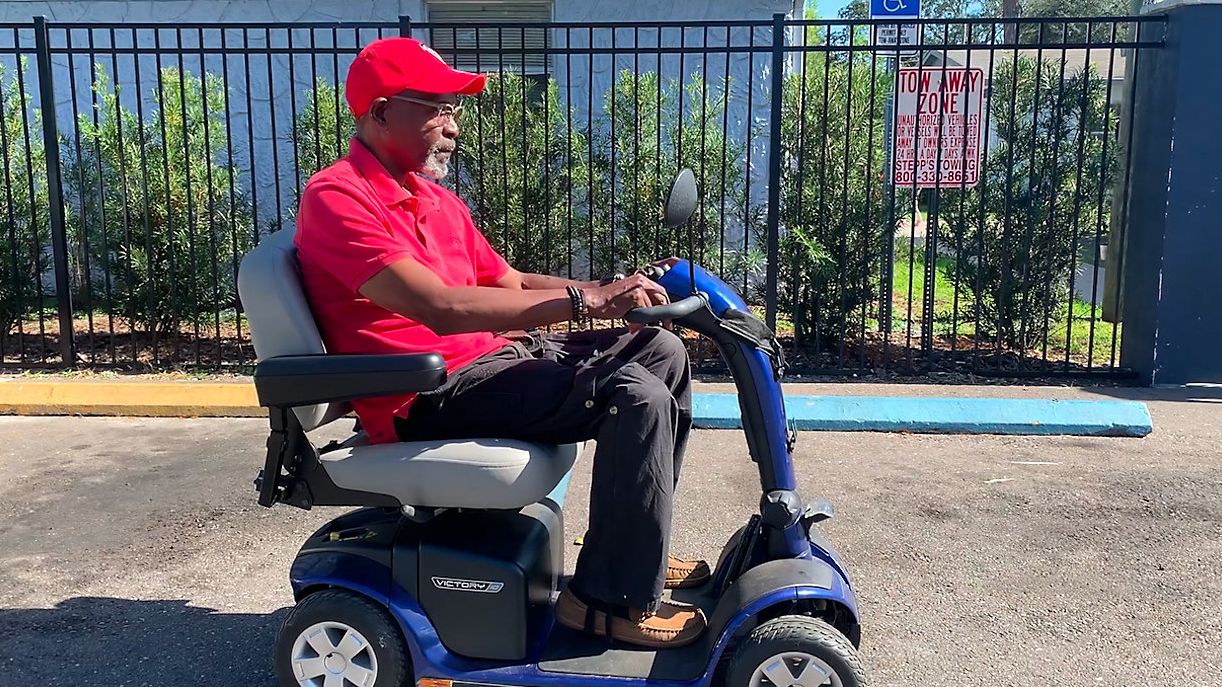 TAMPA, Fla. — Several residents who live at Holly Court Apartments on 20th Street in Tampa are in an uproar after being served non-renewal and eviction notices on New Year's Eve.

Some tell Spectrum Bay News 9's Fadia Patterson they were given three weeks to vacate or they would get an eviction on their record.

Ernest Nelson moved to the property five years ago. The 68-year-old is physically disabled and lives with his service animal.

"Artificial leg, spine fusion, you name it," Nelson listed some of his physical injuries.

The cancer survivor says he was stunned when management knocked on his door on New Year's Eve with a letter to vacate.

Several residents who live at Holly Court Apartments in #Tampa are in an uproar after being served non-renewal & eviction notices on New Year's Eve.They now have three weeks to leave the property. 68 year old Ernest Nelson is physically disabled & can't afford to move. @BN9 pic.twitter.com/obtXFvdC4f

He's also on a fixed income and says his options for affordable housing are limited.

"Everywhere you go the rent is much higher," said Nelson. "So I won't qualify based on what I get every month."

Since notices were handed out, some residents who had just renewed their lease told me they've had little to no communication from management about what is going on.

"You're not trying to place them, you're just telling them to get out," said Christopher Montgomery."That doesn't make any sense."

Hillsborough County Commissioner Kimberly Overman says she became involved when a constituent reached out for help with with relocation.

"I have asked Fair Housing to look into this," said Commissioner Overman.

She says management is not required to give a reason for a non-renewal.

However, the Commissioner noted they "have to make sure its non-discriminatory."

Meanwhile, residents including Nelson are racing against the clock to find other living accomodations.

A journey Nelson knows won't be easy given the current housing market.

Spectrum Bay News 9 reached out to the company several times for this story via phone, email and Facebook message, but never got a response.

This week, Hillsborough County rolled out it's evictions mitigation program which provides tenants with legal representation.

The county is encouraging anyone in need of housing to contact their offices immediately.

This is a copy of the non-renewal notices. Some residents tell me a property manager accompanied by law enforcement knocked on their doors and handed them these notices to sign. @BN9 pic.twitter.com/CmegXXsxYM