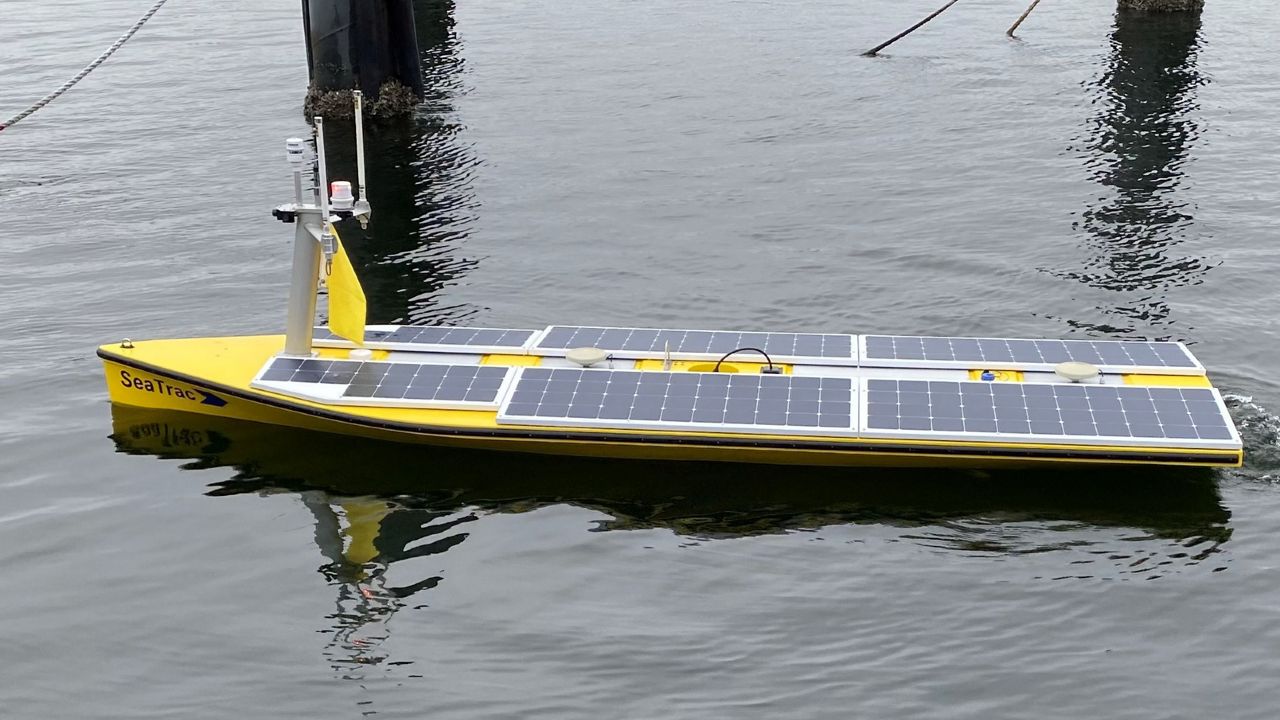 The solar-powered boat being used to map the Tampa Bay area coast is 16 feet long, equipped with acoustic sensors, can operate autonomously or by remote control and moves about 3 to 5 knots. (Spectrum News/Josh Rojas)


"This is absolutely a first," College of Marine Science professor Steven Murawski said. "This is the wave of the future of coastal mapping."

The CSV is 16 feet long, equipped with acoustic sensors, can operate autonomously or by remote control and moves about 3 to 5 knots in a manner similar to mowing a lawn.

"You're looking at an autonomous vehicle that basically can operate itself through a mission command," Murawski said. "It's also solar-powered. So, on a sunny day you don't have to use any gasoline. The carbon footprint is basically zero."

Murawski is the head of the Center for Ocean Mapping and Innovative Technologies, also known as COMIT, which is leading the mission in partnership with the National Oceanic and Atmospheric Administration (NOAA) and two private companies.

"What we're trying to do is produce unprecedented, detailed maps of not only the water depths around the coastal areas but also the land that's adjacent to it," he said. "Not all parcels of land are equally at risk of flooding, and so it really depends on the height of the land above the sea level."

Scientists are combining data from the CSV, satellites and planes to generate the high-resolution maps. The maps will improve storm-surge modeling for hurricanes or sea level rise, Murawski said. 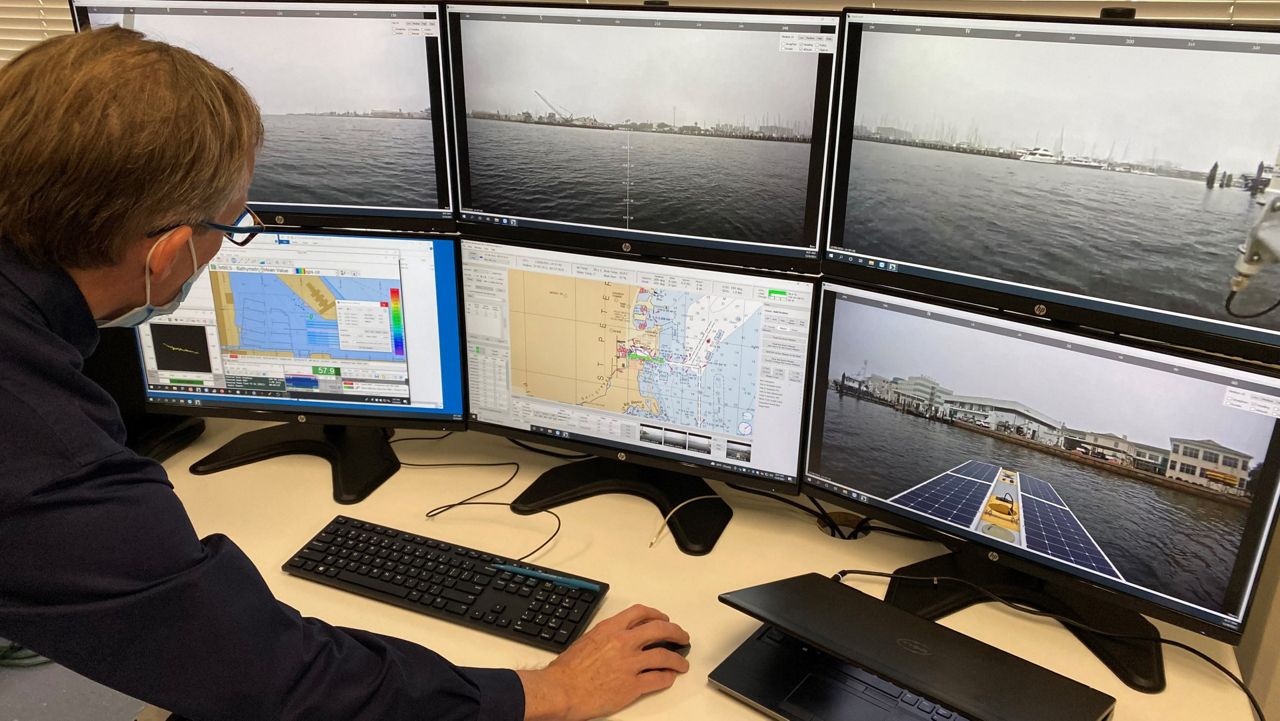 "By incorporating these very detailed maps into prediction models, we can actually predict to the parcel of land, parcels that will be more at risk and less at risk," he said. "This not only helps individual homeowners but it also helps land-use planners like state and local governments as they consider additional resilience protection like seawalls or even taking land out of circulation because it is at such high risk."

Boaters will also benefit from the new maps, along with fisheries management. Murawski said he expects to have all of the data by the end of January.

"It's a science program that has almost immediate payoff to the public," ​he said. "If you live adjacent to Tampa Bay, it will most definitely benefit you."