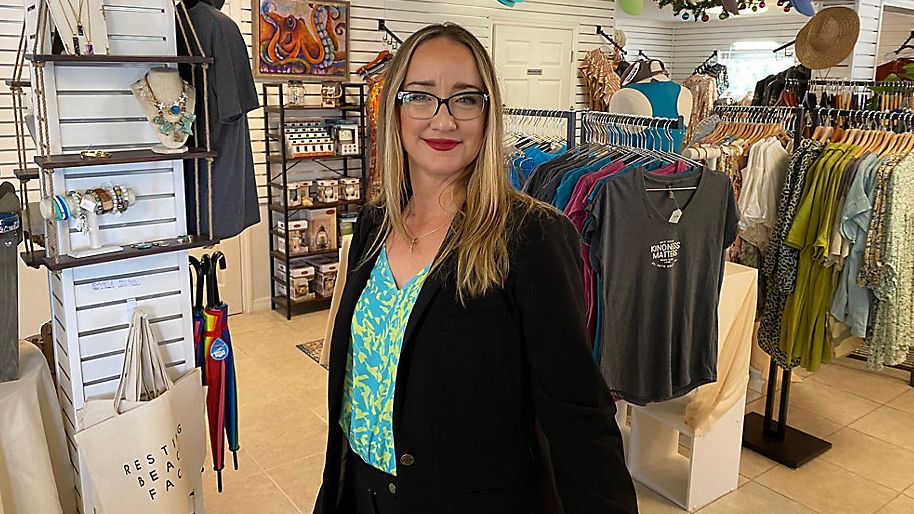 The owner of Sail Market Studio and Boutique in Gulfport has been donating 10% of sales to St. Vincent de Paul CARES, a non-profit organization that helps the homeless, every quarter since the shop opened about one year ago.


"Always give to them," said owner Sarah Laracuente. "They are such a huge resource for the community."

St. Vincent de Paul CARES is close to Laracuente's heart because the organization helped her dad, Ken Ervin, when he became homeless.

"He was an attorney, he was a UF graduate, he practiced law right here in St. Petersburg," she said. "Eventually, through, one thing after another kind of thing, due to depression and physical things too, limits, he eventually became homeless."​

Laracuente said she was a teenager at the time. Her dad spent about five years living on the streets before passing away in 2005 at the age of 55.

"I couldn't help him personally at 19 — I spent time with him," she said. "That's why I developed this and had the dream to do this so I could constantly give back."

The Sail Market offers boutique clothing, jewelry, pottery, candles and other items for sale. The shop's located at 5325 Gulfport Blvd. in Gulfport.