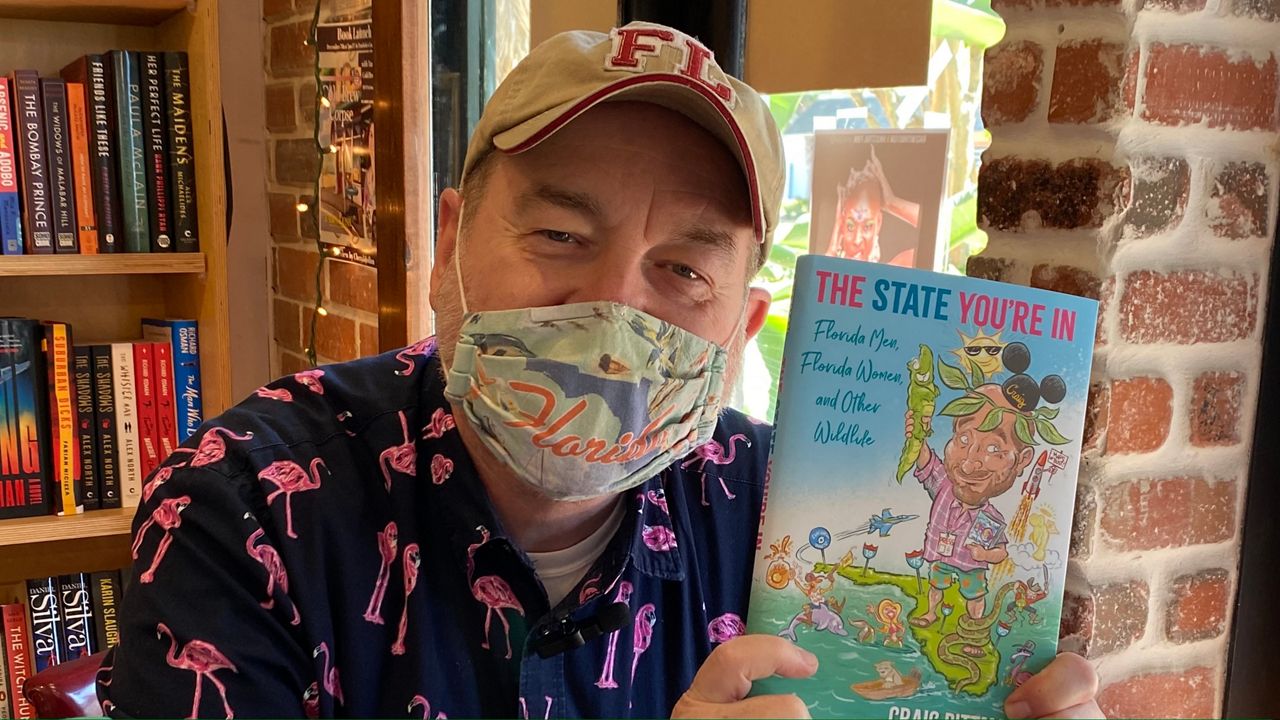 TAMPA, Fla. — “It’s a great privilege to get to tell these Florida stories, and the wonderful thing about Florida is you’ll never run out of stories,” Craig Pittman said, standing in front of Tombolo Books in St. Petersburg.

His latest book is in the window: "The State You Are In: Florida Men, Florida Women and Other Wildlife."

He's in to meet us, but while there, he ends up seated behind several dozen of his books, with a new sharpie.
He signs a special motto for each book.

“For this one," he said, holding up The State You Are In, "I’m signing ‘Love the state you’re in."

Pittman is an award-winning journalist, a New York Times best-selling author, a former environmental reporter for the Tampa Bay Times, a podcaster and a Florida Literary Legend.

Ahead of his virtual appearance at the upcoming Tampa Bay Times Festival of Reading, we talked with Pittman about his latest book, as well as some of his all time favorite stories.

One was about a woman who committed a crime in a turkey costume -- when Pittman asked her why, she responded incredulously: "It was Thanksgiving!"

And there was this piece on an illegal snails in Miami.

"They were smuggled in by a religious group who believed that drinking the snail mucus would keep them healthy and actually had the opposite effect,” Pittman said.

In "The State You Are In," Pittman tells a story about his Uncle Carlyle and his search for a lost cemetery in the north Florida woods.

Pittman finds his way, thanks to his Great Uncle's help. And he finds his own connection to Florida from a century before. He finds his own Florida story. (They don't all involve protesting mermaids or endangered animals or copious amount of alcohol... or all three. But when they do, Pittman is your man).