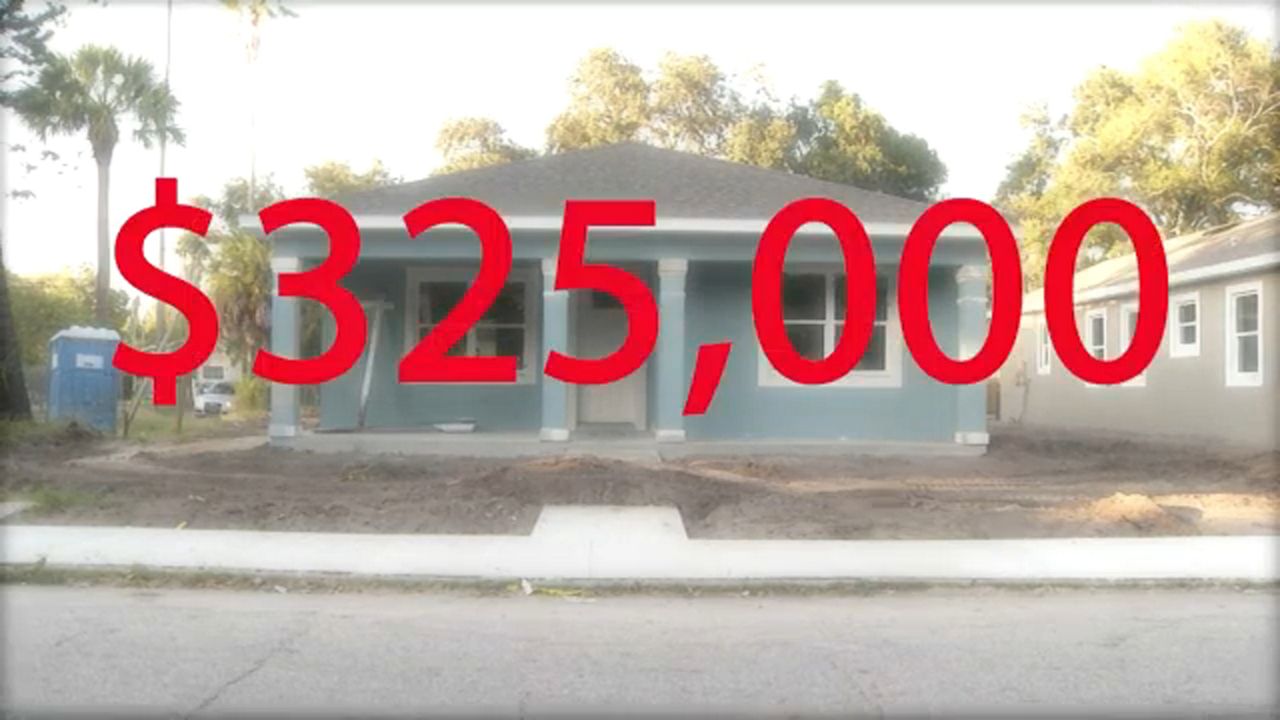 An online post of a home for sale in South St. Pete on 12th Avenue South is one that’s catching the attention of a lot of people. (Spectrum Bay News 9)

The housing market is booming in the Tampa Bay area, but some community members are worried some of those price tags for homes could have a negative impact on certain neighborhoods.


An online post of a home for sale in South St. Pete on 12th Avenue South is one that’s catching the attention of a lot of people, including lifelong St. Pete resident and Pinellas County Commissioner Rene Flowers.

“The price said $325,000 for 12th Avenue South, which is really the heart of Midtown. I just couldn’t believe it,” Flowers said.

She posted the listing on her Facebook page for one of the three-bedroom, two-bathroom newly built homes for sale in the predominantly Black, low-income neighborhood.

“When you look at the average income of Black people, most would not be able to afford this home. So, if a Black person doesn’t purchase, who will?” the post read.

Flowers' post also pointed out some of the ripple effects this type of home sale could have for the people who live here.

“The racial makeup of south St. Pete will change, thus further eroding the potential for a Black person to win a Council seat in Districts 5, 6, or 7,” her post read.

The newly elected county commissioner once represented the area where the four brand new homes are for sale in the Thirteenth Street Heights area. She grew up in Jordan Park and lives about 10 minutes away, so she’s familiar with the area and the people who live in that area.

This is the listing that drew the attention of Pinellas County Commissioner Rene Flowers.

“When you look at the revenues that persons earn in that community, only because of the push for the fight for $15 (minimum wage) are some of them now just earning $12 to $15 an hour so that’s around $27,000 a year," Flowers said. "And if we go on what the federal guidelines say that 33% to 35% of your income should go towards housing, they could never afford it.”

The listings for the homes highlight the proximity to downtown and Tropicana Field. The actual neighborhood is a high-crime area. It has everything typically seen in predominantly Black, lower-income neighborhoods. There’s a liquor store on the corner, a beauty supply store on one side of the street and a barbershop on the other.

The real estate agent selling the properties on 12th Avenue South is Leisa Erickson. She said the homes are priced below market value and that $325,000 price tag is for that first-time homebuyer. Erickson said the homes are a part of a construction project for the nonprofit Community Asset Preservation Corporation (CAPC).

The homes are set to be sold as owner-occupied, and Erickson said down-payment assistance options may be offered.

Commissioner Flowers said there’s still a major gap in who can actually afford these homes.

“That’s why people talk about gentrification," Flowers said. "Because the persons who can afford the homes that are being sold in our community, they can’t afford them.”

The realtor maintains these new builds in this urban area will lift up the neighborhoods. She said the high crime comes with the territory with urban living.

Flowers said this not only impacts gentrification. She said it also highlights the ongoing, multilayered, affordable housing crisis. She wants to do better and is calling on other local leaders to do their part.

“While I appreciate all of the contractors that are coming into our community, they are setting aside some units that are affordable units,” she said. “We’ve got to really look at how many developers are coming to us wanting to help that population and making sure that our dollars really go toward individuals who want to build and provide that housing for 50 to 60 AMI.”

The AMI is the Area Median Income. Flowers said there could be a solid strategy to help with the housing crisis.

“Developers are going to make money, just not as much money as they did if it was market rate,” Flowers said. “They need to think about this. If we can’t provide a place for these people to stay, we’re losing a workforce. If you lose your workforce, then other things will start to decline.”

“We’re talking our firefighters, our police officers, our teachers, our cafeteria workers, our mechanics, our truck drivers," Flowers said. "We’re talking about people who work hard every single day to earn a living. If we don’t figure out how we’re going to do this, we’re gonna find ourselves in something that may be somewhat irreversible.”