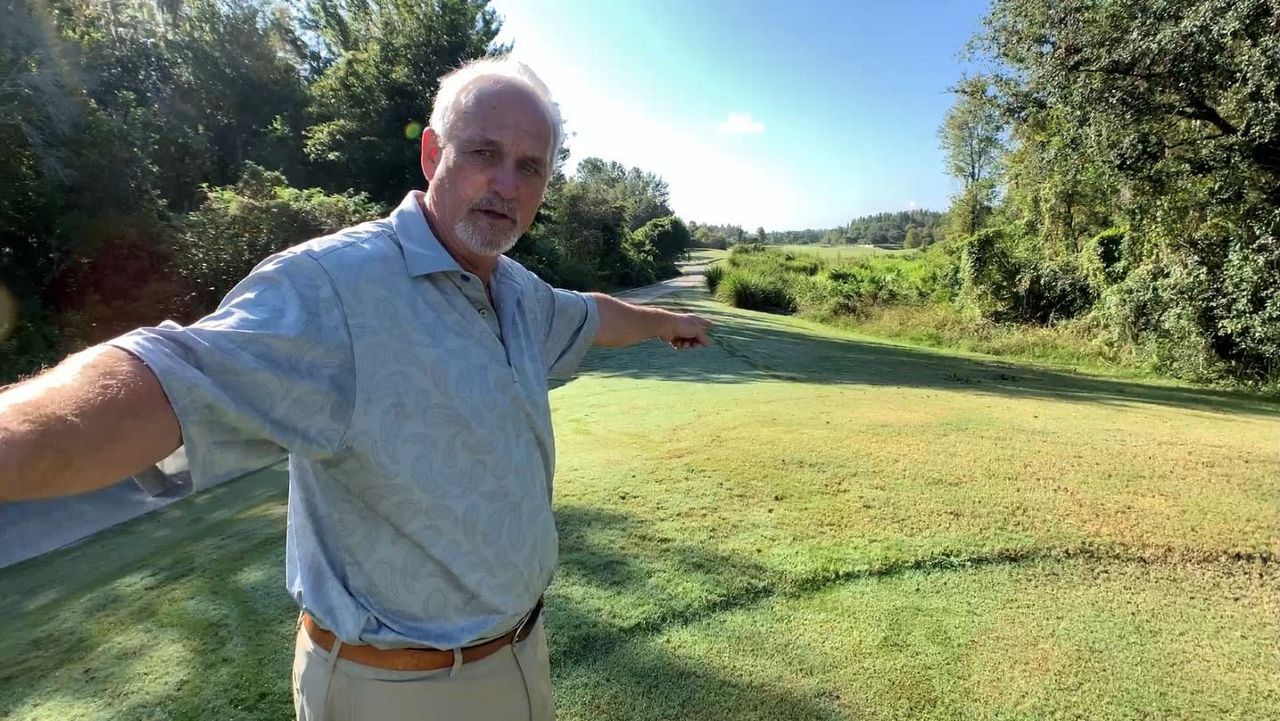 Tim Kenney is visiting Tampa from Maine this week with an idea to convert shutdown or closing golf courses to his new way of playing the game called "Quik Golf."

Kenney says more than 200 courses shut down nationwide every year, and Florida is home to the most golf courses in the country.

At least a few of those courses in the Tampa area have sat abandoned ever since.

Kenney is visiting Tampa from Maine this week with an idea to convert shutdown or closing golf courses to his new way of playing the game called "Quik Golf."

Kenney uses 6 holes of the old course, redesigning at least two of the holes near the clubhouse to make a 6 hole golf course with a Par 3, Par 4, and Par 5 on each side.

Players would hit three balls for every shot and score every ball hit.

He says when players finish the 6 holes they will have hit as many shots as they would have on a traditional 9 or 18 hole course.

He says the new way to play the game is much faster, and cheaper to maintain.

"Anybody I've talked to thinks it's a fantastic concept," Kenney said.

Some area courses that have closed may be interested in the idea, as it would allow some golf development and 12 holes of space to build new homes or develop open use areas with walking, biking, and nature trails.

Kenney is meeting with golf course owners and some pro golfers this week pitching his patent-pending idea.

"It's like playing real golf. There's nothing else out there like it that you can play real golf. This concept you can," Kenney said.