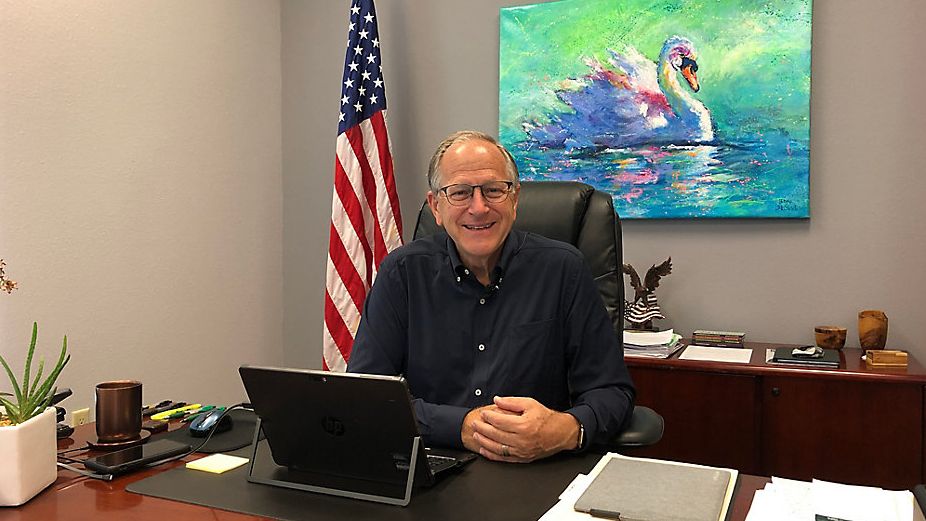 Lakeland incumbent Mayor Bill Mutz is running for a second, 4-year term in office this November. He says his experience over the past four years as mayor is a crucial asset for the voters to take into account.


“We’re at a cusp moment in Lakeland’s growth,” he told Spectrum Bay News 9 from his desk at Lakeland City Hall on Wednesday. “We have been seeing it happen, but we are really at an incredible time to be able to look for what are we planning for our footprints for the next decade.”

But his challenger, Saga Stevin, says that the city needs a change of leadership.

“In walking around and talking to the people and getting into the community, a lot of them aren’t being heard,” she said in front of the Lakeland Police Department. “A lot of them feel that their history has been decimated by the moving of the statue, that our freedoms are being torn apart by the ongoing mask mandates.”

The statue that Stevin referenced was a Confederate monument that was moved out of Munn Park in 2019.

Lakeland is a growing community — according to U.S. Census data as reported by the New York Times, the Lakeland-Winter Haven area was tied with Boise, Idaho as the second fastest growing metro area in the country last year.

As is the case in much of the country, Mutz said one of the biggest needs in Lakeland is for housing of all types — be it workforce, affordable and/or market priced. And he wants to bring more density into the downtown area.

Stevin is running on a very pro law-enforcement platform. She proudly displayed an endorsement on Wednesday that she received from the Fraternal Order of Police Lakeland Lodge 185, and says the city needs to hire more police officers.

“We need more patrols, because Lakeland is growing,” she said.

Earlier this month, the Lakeland City Commission voted to approve a budget that includes funding for body cameras for police officers. That was despite the fact that Lakeland Police Chief Ruben Garcia told commissioners that he didn’t believe that they were currently needed.

“That money can be better used for updating old equipment (and) for adding new people,” she said.

Mutz said that one of the things that he and other city leaders learned following the protests for racial equality and police accountability in the wake of the death of George Floyd last summer, was the desire in the Black community for Lakeland police to have body cameras.

“There are complications and huge expenses associated with this — I understand that, and I get that,” he said. “But that is superseded by the need of the community to feel involved and understood, and so that is our principle drive.”

Also emerging out of the protests from last summer is the city’s “Lift Lakeland” initiative. Mutz said that the two tenets of the program are providing training for minorities to get a “faster start” in attempting to create a business, and to look for financing for new and existing minority businesses.

“Our job in this city is to try to provide as much hope, and as much training, and as much future opportunity and casting vision that we can,” he said.

When asked about BLM, Stevin said it’s “difficult” because it “looks as though (Mutz) is supporting Black Lives Matter.”

Mutz was a retired used car dealership owner who said he really didn't have any interest in running for mayor four years ago until he was approached by people in the Lakeland business community. An Indianapolis native, he moved to Lakeland in 1996.

Stevin grew up in Lakeland and graduated from Kathleen High School. She left the state after she was selected to tour with the group “Up with People” and then worked in the entertainment industry and as a small businesswoman in other areas around the country, including living in Minneapolis for more than two decades before returning to Lakeland last year.

Lakeland’s government is run by its seven-member commission, with their decisions passed on to a city manager. Voters overwhelmingly rejected a charter amendment in 2017 that would have instituted a strong-mayor form of government.

The mayoral election is scheduled for Nov. 2.