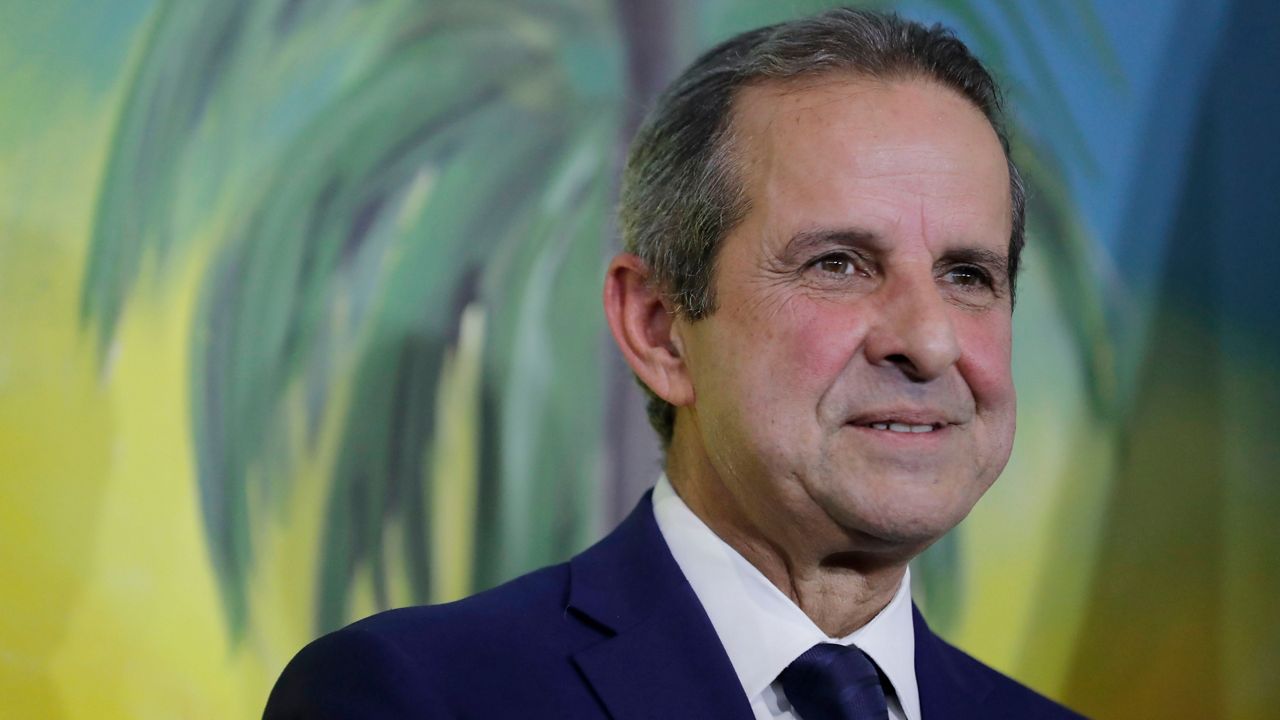 Despite the optics, FDP Chair Manny Diaz is bullish on party's prospects in 2022

Following (another) disappointing year at the polls in 2020, the Florida Democratic Party retrenched earlier this year when they selected former Miami Mayor Manny Diaz to lead the party into the 2022 midterms.


On the surface, the enthusiasm for Democrats seems strangely muted going into next year’s election cycle: While Charlie Crist and Nikki Fried are engaged in a battle for the chance to oppose GOP incumbent Gov. Ron DeSantis in his bid for reelection next year, no major Democrat has filed to run for any of the three major cabinet positions to date, but Diaz is confident that will change soon.

“I’ve talked to a number of them. Very good candidates. They’re all thinking about it. And I think we’ll start to see some announcements pretty soon,” Diaz told Spectrum Bay News 9 on Monday.

The only Democrat to officially announce his candidacy for a cabinet position is Ryan Morales, who ran unsuccessfully for the Democratic nomination for the State House 32 seat in 2020 (According to the Florida Division of Elections website, Morales has raised just  $2,122 since entering the race in February, but more than $2,000 came from loans he’s given to his own campaign).

One Democrat who announced earlier this summer that he was considering a run for attorney general is Hillsborough County State Attorney Andrew Warren. He did not respond to a request for comment.

Perhaps more concerning for the Democrats is how their once formidable lead over Republicans when it comes to party registration has been whittled down to a little more than 54,000 voters as of the end of this July.

“Republicans have added nearly 500,000 more voters than Democrats in the last decade, including nearly 130,000 more in 2020 alone,” Diaz wrote in an email fundraiser note to Democrats on Monday.

“It’s very foreboding,” says St. Petersburg-based political consultant and AM radio talk-show host Barry Edwards. “One of the most frequently cited statistics by Democrats is ‘we have a voter registration advantage.’” he says, adding that the GOP has been picking up a net gain of around 10,000 Republican registered voters vs. Democrats every month since the November election.

Diaz acknowledges that the Republican Party of Florida has “outhustled the Democrats and outworked the Democrats,” but also says that he has questions regarding the “purging” of ineligible voters from the voting rolls this year.

Diaz contends that while it shouldn’t be surprising to see in a blue county that there would be a disproportionate number of Democrats purged since they are the majority of voters there, he maintains that he’s not seeing an equal abundance of Republican voters being purged from GOP majority-counties. “It’s like: what’s happening?” he asks, adding that it’s something that he and others in the party are closely monitoring “because that’s really where the big differences are.”

For much of this year, Gov. DeSantis has seemed like a solid lock for re-election in a state that has trended red in recent years, but his poll numbers have taken a tumble this summer following his actions on the coronavirus as the delta variant has emerged. A Morning Consult survey released earlier this month showed the Florida governor’s net approval rating had dropped from a 54%-40% approval/disapproval rating in early July to 48%-48% approval/disapproval.

(DeSantis is crushing his Democratic challengers when it comes to fundraising, however. He currently has more than $53 million cash-on-hand in his political action committee fund. Fried and Crist both have currently less than $10 million in their respective individual campaign and political committees combined).

Another politician whose poll rankings could affect the midterms is President Joe Biden. With few exceptions, generally the party in power loses seats across the board in an off-year election.

“DeSantis’ numbers are going to go up and down,” says Edwards. “The important number is where Joe Biden is. Joe Biden will have a more profound effect on whether the Republicans or Democrats win the election.”

“I think that so far his numbers have been very, very good,” says Diaz of the president. “He’s really stepped into a very difficult situation in terms of the virus and the economy that results from the pandemic and I think that he’s done a very good job.”Biden’s poll numbers were good until the last month or so. The RealClearPolitics average right now has the president underwater, with 45 percent approval and 50 percent disapproval.

Diaz also says that the Democrats must take advantage of how more in sync they are with the voters, citing popular support for measures to raise the minimum wage to $15 in 2020 and to restore voting rights to felons in 2018.

"I think this is a Purple state," he says. "And the Democrats kind of lost their way I think a little bit in terms of their work, in terms of being out hustled, and messaging wise. Those are the things that we have to work on because obviously when we put these issues on the ballot, people support our issues. So our message seems to be right - we just need to make sure that we connect with people."