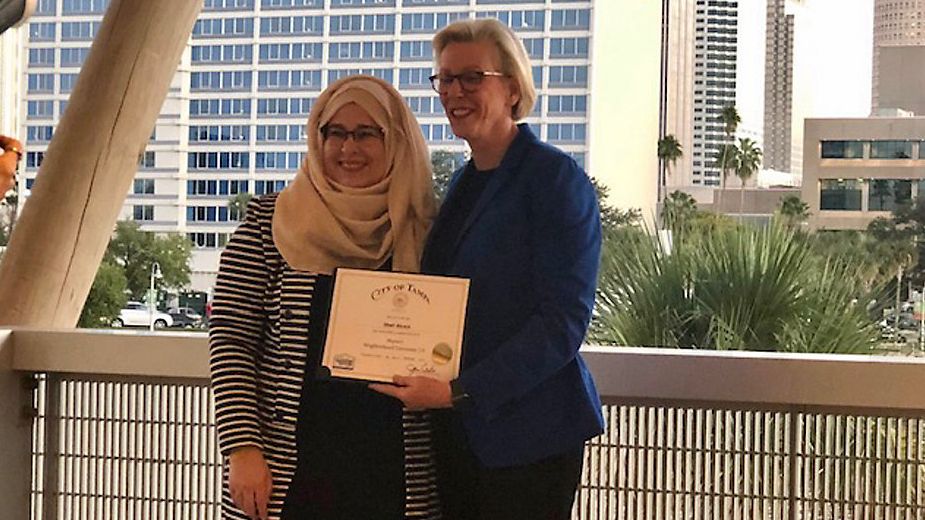 Tampa Muslim woman looks back on the aftermath of 9/11

TAMPA, Fla. — While the focus this week in the U.S. media is on the 20th anniversary of the September 11th, 2001 terrorist attacks, the negative fallout for many American Muslims lasted far longer than on that horrific day.

In April of 2004, Shari Akram was operating a jewelry kiosk at the Westshore Mall in Tampa when she was verbally and physically confronted in an altercation with a husband, wife and their daughter who told her to “get out of (America)” and said that her religion was “hateful and violent.”

“They started yelling and basically blaming me for terrorist attacks and my faith and tried to grab my scarf from my neck,” she recounted. The incident took place shortly after the Madrid train bombings of 2004, where a Spanish court ultimately convicted five men of Islamic terrorist activities.

“It was really just one incident – you could say maybe the worst incident – out of a series of incidents,” she adds. “It wasn’t something that only happened to me. Most of the women in the community who are visibly Muslim have a story to share.”

A New Hampshire native born to Christian parents, Akram moved to Tampa to attend USF in 1995 and became a Muslim in 1996 at the age of 20.  She’s worked for the past four years as the donor and grant manager with the Council on American-Islamic Relations- Florida (CAIR) based in Tampa.

She says that for the first five years after she became a Muslim, she opted not to wear the hijab, a religious headscarf. But five months after the terrorist attacks, she decided to start wearing it, at a time when some Muslim women were not because of safety concerns. She says it was a pivotal decision that changed her life.

“I was just a white woman (laughs) walking around very comfortably, but once I put a scarf on my head after 9/11, I learned what it’s like to be marginalized.”

A recent poll by the Associated Press-NORC Center for Public Affairs Research found that 53 percent of Americans have unfavorable views towards Islam, compared with 42 percent who have favorable ones. “That stands in contrast to Americans’ opinions about Christianity and Judaism,” the AP reports, “for which most respondents expressed favorable views.”

Another recent survey by the Pew Research Center finds that 53 percent say they don’t personally know anyone who is Muslim, and a corresponding number (52 percent) say they know “not much or nothing at all” about Islam. However, Pew says that Americans who aren’t Muslim but personally know someone who is Muslim “are more likely to have a positive view of Muslims, and they are less likely to believe that Islam encourages violence more than other religions.”

“We fear what we don’t know,” Akram says. “And a lot of times religious communities tend to be rather insular.”

She believes that 9/11 was a “catalyst” for the Islamic community in the U.S. to start building bridges to the political establishment and the broader society. She says it’s important to have those personal contacts so people can realize that “we’re just like everybody else.”

Akram has worked for CAIR since 2017. She says that her organization has worked effectively to fight for the civil rights and civil liberties for the Muslim community.

“We do a lot of community outreach work so that we can prevent discrimination from happening in the first place,” specifically mentioning how the group trained thousands of Hillsborough County Sheriff officers on the cultural and religious nuances when working with the Muslim community.

According to the Pew Research Center, Muslims will replace Jews as the nation’s second-largest religious group after Christians. And by 2050, the U.S. Muslim population is projected to reach 8.1 million – more than twice their current share of the population.