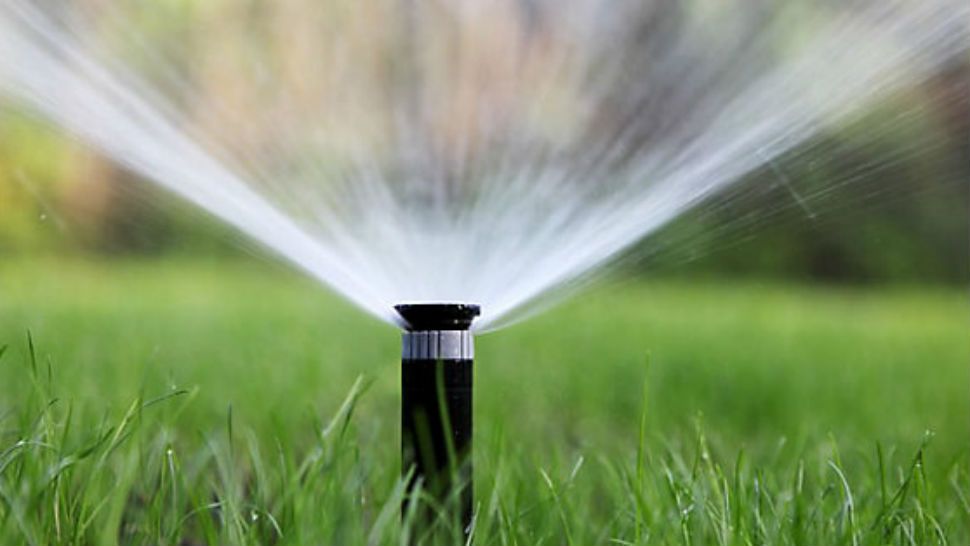 Orlando leaders are asking residents and businesses to limit lawn watering and car washes to conserve water for the next 2 weeks because liquid oxygen used to treat the city's water is needed to help COVID patients. (Spectrum News/Eric Mock).

ORANGE COUNTY, Fla. — The city of Winter Park has joined Orlando in asking residents to conserve water so more liquid oxygen can be provided to hospitals to treat COVID-19 patients.

The Orlando Utilities Commission, which provides water service for much of Orlando, and Winter Park Water & Wastewater Utilities Department both use liquid oxygen to treat the water its customers use every day, removing any odors or bad taste.

“We want to start the conservation by asking our residents to temporarily limit the watering of their lawns and the washing of their cars,” Orlando Mayor Buddy Dyer said.

Pediatric pulmonologist Dr. Akinyemi Ajayi said, “We’re at a point where we never were.”

He explained that hospitals use liquid oxygen because it saves on storage space.

“You can store so much more oxygen in a smaller space than you can if you were using just your regular gaseous form of oxygen,” he said.

Hospitals often store it in underground tanks, he said, but now they are overflowing with critically ill patients with COVID-19, a virus that specifically attacks the respiratory system, so they need all the oxygen they can get to keep patients alive.

“We’re having COVID-related pneumonias, we’re having people go into respiratory failure,” Ajayi said. “We’re using so much oxygen in the hospital that we’re literally running our supplies down.”

OUC says 40% of the water it treats is used to water lawns. So limiting that alone would mean more liquid oxygen for overloaded hospitals.

So for the next two weeks the cities are asking residents and businesses to limit how much water they use. If that doesn’t help, residents may be put under a boil water advisory, officials from Orlando and Winter Park said.

The city of Winter Park specifically asked residents to avoid washing their vehicles or using pressure washers, and residents whose irrigation systems use potable water are asked to water their lawns less frequently.

Customers who use private wells, reclaimed water or other non-potable water sources for irrigation can continue watering their lawns as normal, the city said in a release.

Dyer said the situation could be avoided if more people would get vaccinated.

“It’s another result of what happens when residents do not get vaccinated and become critically ill and need dire medical support and treatment,” Dyer said.

"The ripple effects of this pandemic are real and impacting so many unexpected elements of our lives," he said in the release. "The city encourages all of those that are eligible to become vaccinated, continue wearing face coverings when in public indoor spaces, keep a safe social distance, and now please conserve water for a short period of time.

"This is one more way we can individual do our part to help our entire community emerge from this pandemic."

Orange County Utilities and utilities in Seminole and Volusia counties indicated they do not have similar concerns as OUC and Winter Park at this time.