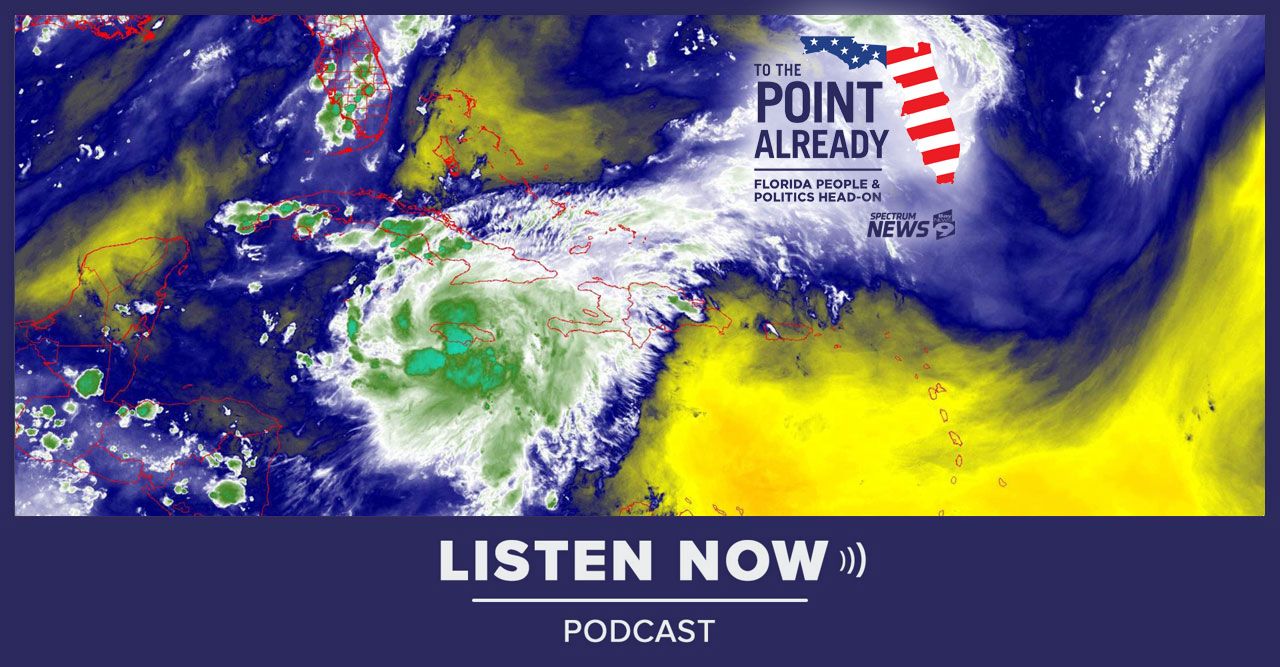 ST. PETERSBURG, Fla. — The tropics are heating up - right on schedule.

As the calendar approaches the peak of hurricane season (statistically Sept. 10), the Atlantic Ocean, the Caribbean Sea and the Gulf of Mexico are all seeing increased activity.

In just the past week, Tropical Storm Fred made landfall in the panhandle, Grace, a tropical depression, moved across several islands as it headed west across the gulf and another depression formed east of Bermuda.

On the latest episode of our To The Point Already podcast, Spectrum Bay News 9's Rick Elmhorst and Roy DeJesus discuss hurricane season.

Bay News 9 Meteorologists Josh Linker and Nick Merianos join in to talk about what’s in store for the rest of the hurricane season and the technology involved in forecasting.

“The water temperatures are warmer, you have vigorous waves that are now coming off the African continent and you don’t really quite get into a significant cold front season coming through the northern latitudes that would tend to shear storms apart,” Linker said, in describing the normal pattern of hurricane season.

And meteorologist have far more advanced tools to forecast during hurricane seasons now than in years past.

Before the satellite era, forecasting in the Atlantic Basin had to rely only on ships and actual witnesses to storms.

Today, computer models can detect a multitude of storm details, including storm intensity, potential tracks, wind speed, pressure and how fast a storm is moving and in which direction.

All part of informing the public.

"Our job is two main facets: Forecasting the weather and communicating the forecast," Linker said. "So if I have an opinion about whether or not something is worthwhile for the viewer, I feel it's important to let them know. It just makes it that much better and enhances our credibility."

To The Point Already will cover people, politics and issues from a Tampa Bay perspective every Wednesday.