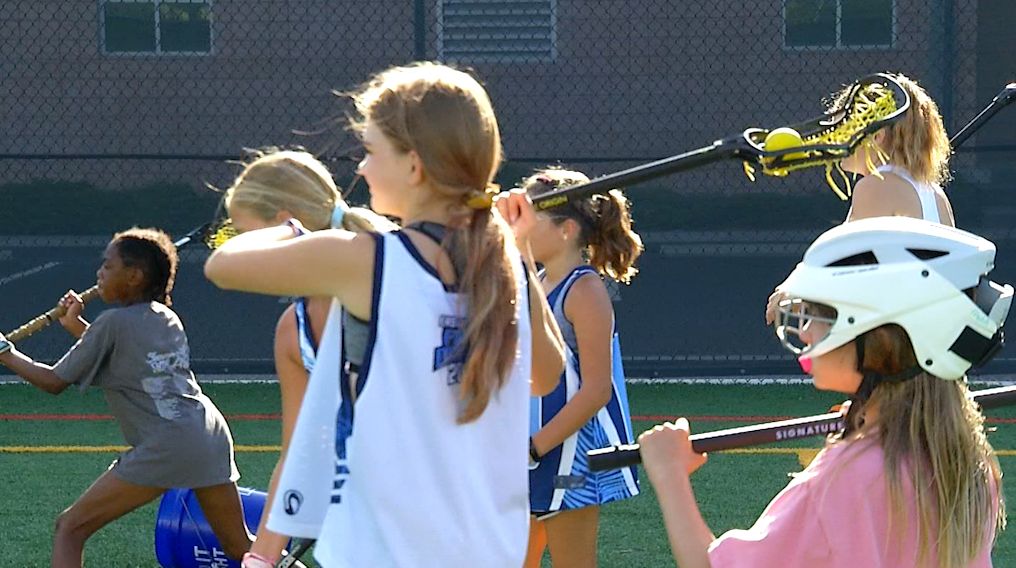 Girls lacrosse on the rise in Florida

TAMPA, Fla. - Billed as the fastest sport on two feet, lacrosse is one of the fastest growing sports in the Sunshine State.

“It encompasses everything that we picked up on with basketball, football, soccer, all the sports that traditionally in Florida we grew up playing,” said Preston Jackson, whose daughter plays. “It has it all with a little ball and you can run.”

“Your kids are going to come home nice and tired at the end of a practice and it’s a lot of fun,” said Maddie Lewis Soviero, Executive Director of 10X.

Soviero’s been having fun with this sport since she was a little girl. She grew up in Maryland, where lacrosse is more than a sport, its a religion. And she’s watched the grip lacrosse has in Florida grow tighter.

“It’s really nice seeing a lot of lacrosse growing down here,” Soviero said. “We have some really great coaches who have seen the game, played the game at a very high level and then come out and want to give back to the sport.”

Young girls in Florida now can play for their high school teams thanks to lacrosse’s sanctioned sports status with the FHSAA. And there are scholarship opportunities at the next level.

Suri Parker started playing in the second grade. She appreciates all that lacrosse provides her, mainly the athleticism and camaraderie.

“I was trying to find a sport that I actually really wanted to play,” Parker said. “So then we found lacrosse and after that, I fell in love with it. I kept on playing.”

Those that play say there are a lot of reasons why they choose lacrosse. And they welcome anybody that wants to come out and give it a try. They’re pretty sure once you play, you’ll be hooked.

“We’re just getting started here in Florida,” Jackson said. “It’s a very exciting sport. It’s a fast-paced go, go, go. You score, you start right back up. That’s probably the best thing about it. You never have a dull moment.”