ORLANDO, Fla. — When the song comes on, 13-year-old Taylor Tatiana-Andre gets in her groove.

“I love ballet because of its dedication, hard work and it’s always a challenge. You can always improve something,” Tatiana-Andre said.

She doesn’t say much, but her movements say it all.

In fact, in many ways she already has. When her soundtrack comes on, the world is her stage.

“I just tried my best and performed for the audience and the judges,” Tatiana-Andre said.

The World Ballet Competition is known as the Olympics of ballet, so Tatiana-Andre invested more than nine months of practice. She spent six days a week at the studio to prepare. 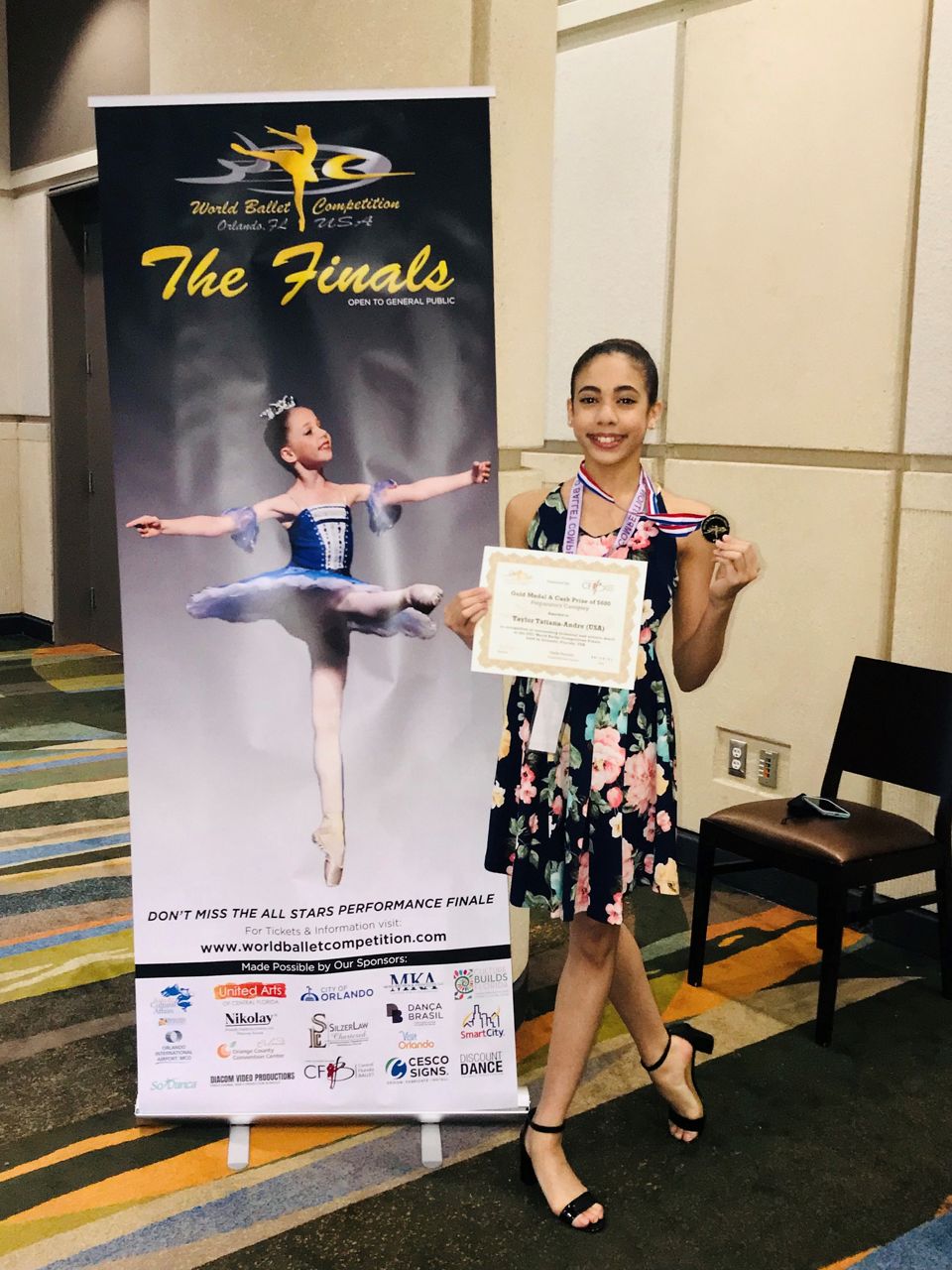 Last month, she was one of four students at the All American Classical Ballet School to compete against ballerinas from all over the world.

“To be honest, you don’t enjoy when you are watching your students. You’re tense, you’re super tense. You want everything to go perfect for your students. At the end when she bowed and I knew that everything was perfect, I was like ‘Yes!” Montano said.

Perfection not only to Montano, but the judges too.

“It makes me feel so proud of myself for achieving this medal because it shows that my hard work paid off,” Tatiana-Andre said, looking at her winning medal.

As she dances her way to the top, she says she hopes she can inspire other young girls and boys to pursue their dreams too.