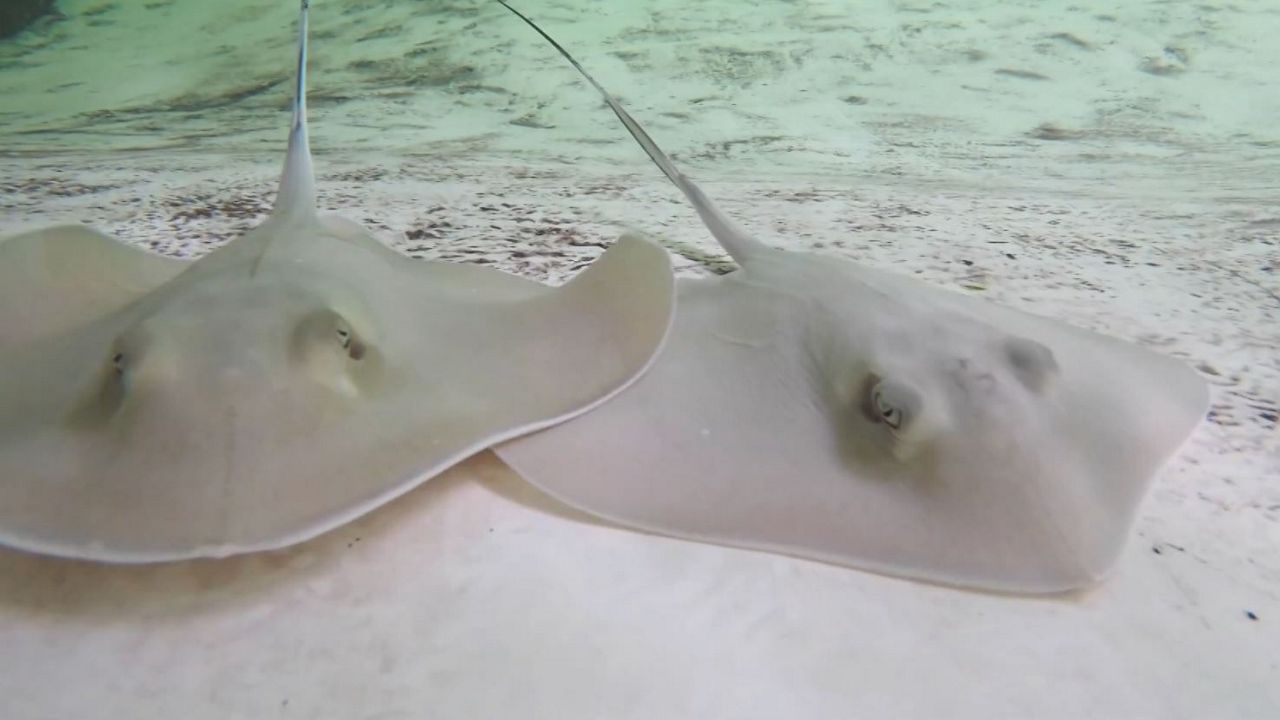 Experts are working to determine what caused 12 stingrays to suddenly die Thursday at ZooTampa. (ZooTampa)

ZooTampa searching for answers in deaths of 12 stingrays

TAMPA, Fla. — ZooTampa is bringing in outside experts after a preliminary investigation offered no answers about why 12 stingrays in its Stingray Bay exhibit died suddenly Thursday.

"We are expanding the investigation and bringing in outside experts so that we can have fresh eyes to look at it and also some ideas about what are the things we could be looking for," said Dr. Cynthia Stringfield, senior vice president of animal health, conservation and education at ZooTampa.

Stingray Bay is an interactive exhibit where the public can touch and feed the rays. Stringfield said veterinarians were called to the tank shortly after the area opened to visitors Thursday morning.

"The rays weren't coming over for food, and that was what kind of rung the alarm bells," she said. "They were acting totally fine just about a half hour to an hour previously. So, it's very, very strange."

Stringfield said the ray exhibit is separate from other marine exhibits and water wasn't filtering in from another tank or vice versa.

"It's really, really upsetting," she said. "We are definitely struggling emotionally trying to come back from this, and we're trying to focus all our energies on figuring it out."

The zoo's Facebook post says it could take weeks for all water test results to come back. Stringfield said the exhibit will remain closed until they get answers about what happened.