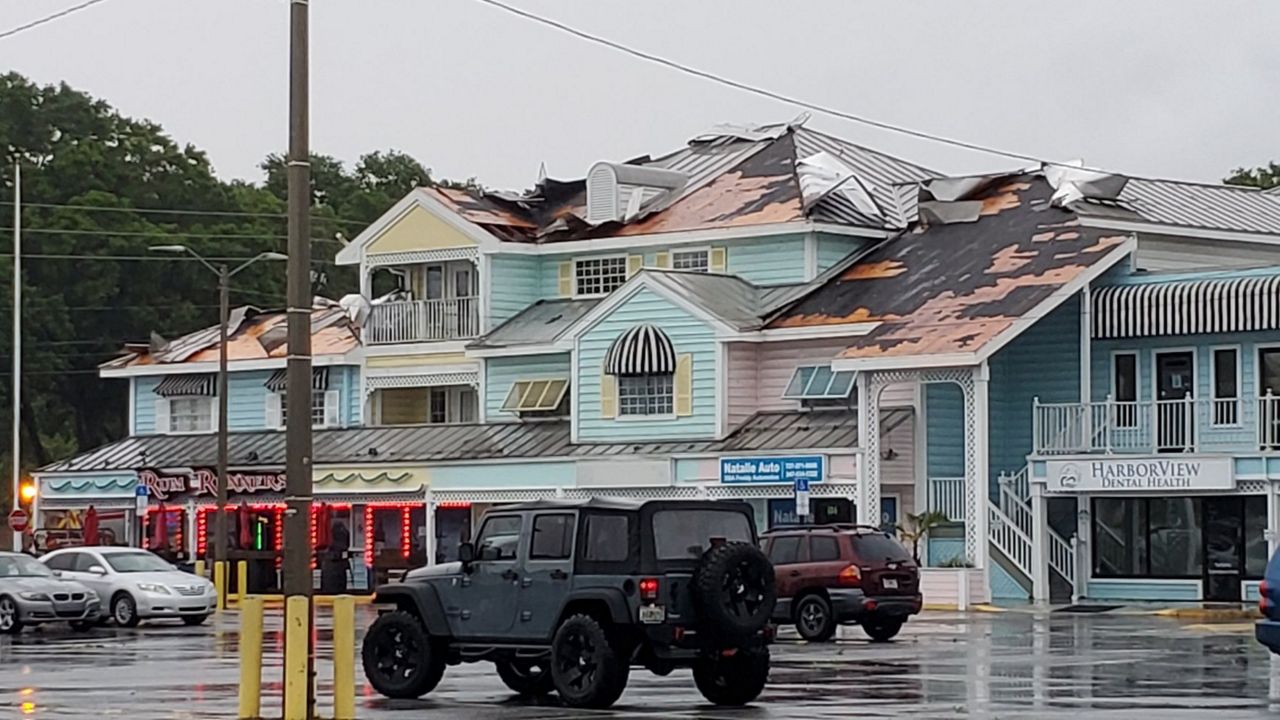 It was reported in the 2400 block of Indian Trial East, according to the Pinellas 911 Twitter page.

There are other scattered damage reports including to a restraurant in Palm Harbor and the Lake Wire Inn in Lakeland.

"It was like The Wizard of Oz. Swoosh and the roof came off – just a big swoosh," one witness told Spectrum Bay News 9.

The motel's owner said water leaked into two romes and a few guests had to be moved.

There was also damage reported at Southeastern University in Lakeland.

Damage in Lakeland to the Lake Wire Inn. Wind gusts did exceed 50 mph earlier as the storms moved through. #flwx pic.twitter.com/tbozj6D05p

At least one mobile home has been damaged on Spirit Lake Road in Pasco County.

Also in Pasco County, a power line was reported down at U.S. 41 and South 52. Lanes on 52 are closed, according to the Pasco County Sheriff's Office.

In Citrus County, two of the three north bound lanes of U.S. 19 near W. Grover Cleveland Blvd in Homosassa are currently closed due to flooding. That was announced at about 12:30 p.m. And in Hernando County, power lines have been reported down in Spring Hill. Drivers are urged to use caution in that area.

Meanwhile, about 2,500 Pinellas County residents were without power just before 1 p.m., according to Duke Energy. Many of those were in the Tarpon Springs area. TECO reported about 12,000 outages in its coverage area.

You can track all Bay Area power outages here.

And send us your photos, when you can do so safely. Spectrum News viewers have been sending in pictures of some of damage in the Bay area and a look at where hail came down across the region.