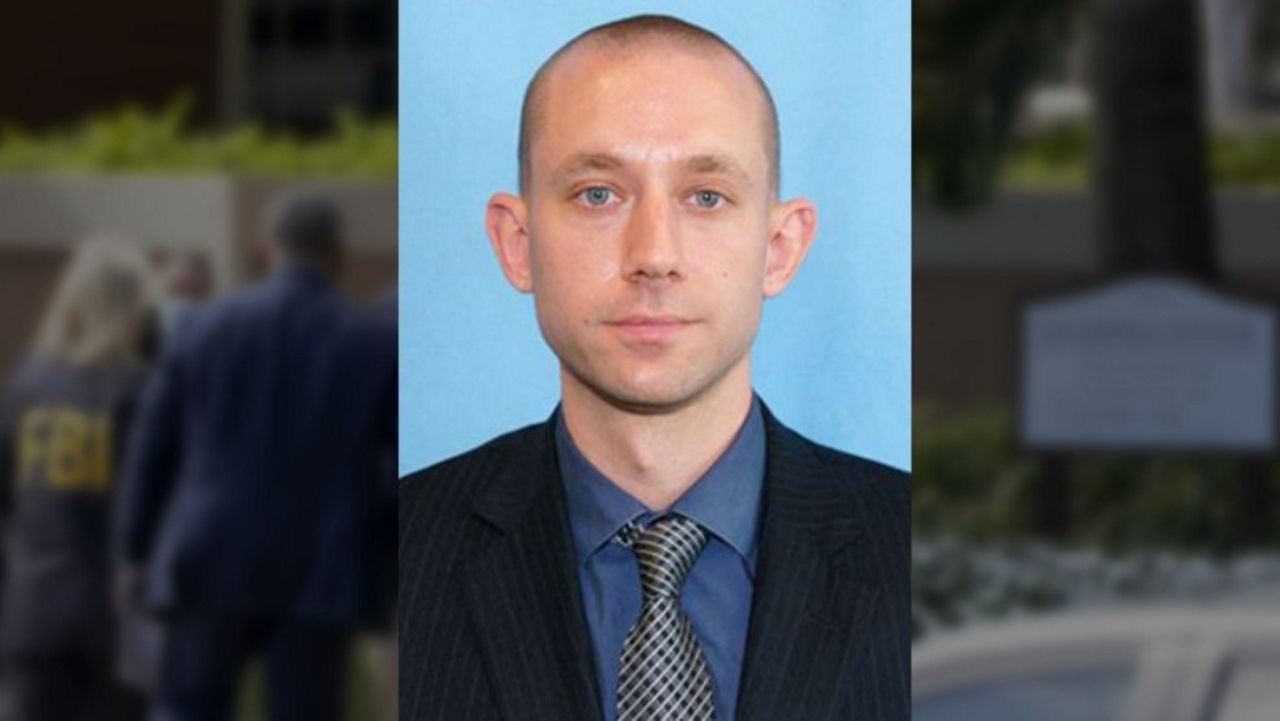 FBI Special Agent Daniel Alfin, who was killed as a team tried to serve a warrant in a child pornography case, was "a guy who was willing to say, ‘If not me, who? Here is a problem, I am going to work to solve it,' ” his father, David Alfin, said. (Marta Lavandier/AP/FBI)

Father of Slain FBI Agent Says Son Was "One of the Very Best Good Guys," Calls His Death "Numbing"

FLAGLER COUNTY, Fla. — The father of Daniel Alfin, one of the two FBI special agents shot and killed Tuesday in Sunrise, is trying to process his tremendous loss from his home in Palm Coast.

“It is not something you can ever prepare for and nothing that you ever would hope to experience,” David Alfin said.


Alfin received a phone call Tuesday he hoped he would never get. He explained one of his children called him to tell him that his middle son, FBI Special Agent Daniel Alfin, had been shot and killed on the job.

According to the FBI, Alfin was with a team of agents serving a warrant tied to a child pornography case when the situation turned violent. He was one of two agents shot and killed.

Alfin’s father said his son was passionate about wiping out child pornography.

“This is a person who was there to keep us safe and, quite honestly, protect our future," Alfin said.  When I say ‘protecting our future,' I mean I am talking about kids. Because they are our future.”

“He certainly was one of the very best good guys, someone who had understood a problem, and stepped forward to solve a problem," Alfin said. "I think a guy who was willing to say, ‘If not me, who? Here is a problem, I am going to work to solve it.’ ”

Alfin said his son joined the FBI in 2009 after attending Florida State and having a career working with computers. He shared it was a proud moment when his son decided to join the agency.

“But a proud moment balanced with some, I guess, some anxiety and apprehension because those that serve in these kinds of roles are always at risk so it’s a double-edged sword, but proud for sure,” Alfin said.

Alfin described his son as a family man, a loving brother, father, and husband. He wants to respect the privacy of his family, while honoring the legacy Daniel Alfin leaves behind.

“I can’t begin to tell you how proud I am of his efforts and his works,” Alfin said. “It is beyond anything I could ever had imagined. Proud is an understatement.”

Funeral arrangements for his son are still being organized, with the support of the FBI, Alfin said.

Asked what he wants the world to remember from this tragedy, the senior Alfin said he hopes people realize that there are people like his son who are willing to step up and keep us safe and we should do everything we can to support them.