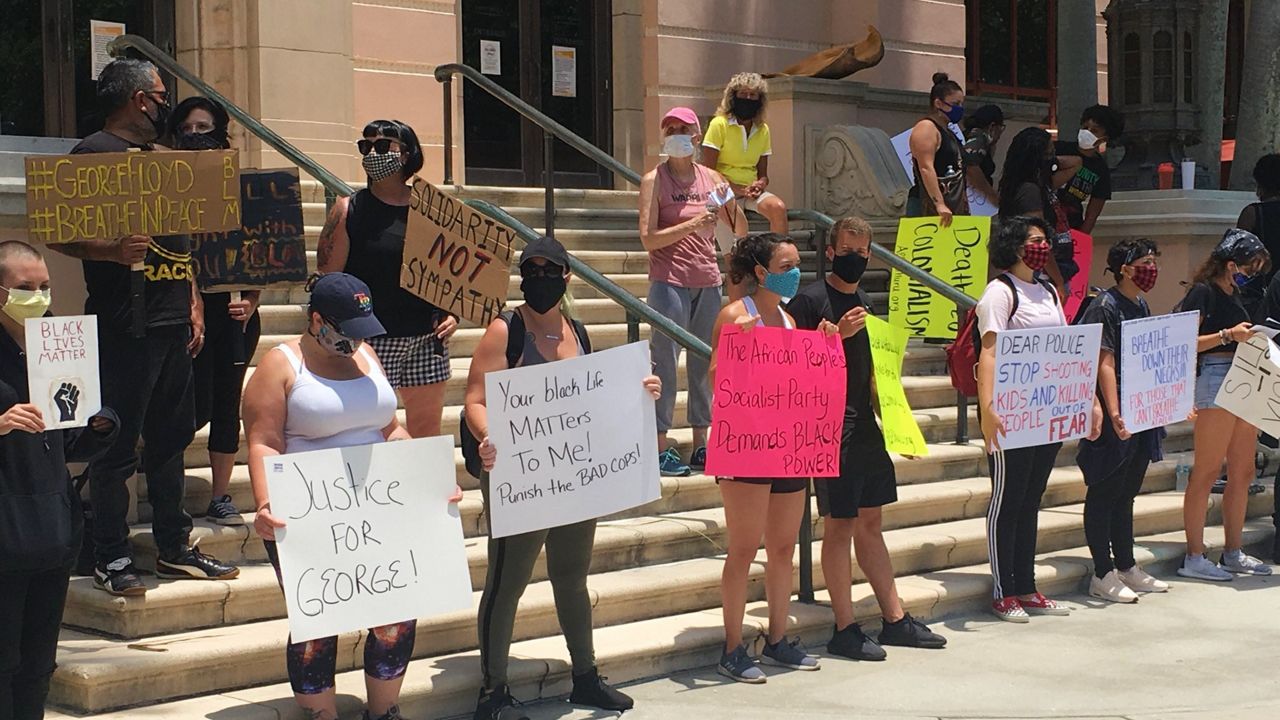 The proposal was originally announced by Mayor Rick Kriseman and St.Pete Police Chief Anthony Holloway in July, as protests in St. Pete (and around the world) were still ongoing following the death of George Floyd. (Spectrum News image)

ST. PETERSBURG, Fla. — A plan to have social service workers respond to calls for some non-violent incidents in St. Petersburg is getting closer to happening following the city council’s approval last week of a nine-month $850,000 contract with Gulf Coast Jewish Family and Community Services to head the Community Assistance Liaison (CAL) program.

The proposal was originally announced by Mayor Rick Kriseman and St.Pete Police Chief Anthony Holloway in July, as protests in St. Pete (and around the world) were still ongoing following the death of George Floyd, a Black man who died in the custody of Minneapolis Police Department officers on Memorial Day. It led to calls in some quarters to “defund” the police, though Mayor Rick Kriseman said at the time he was looking to “reimagine”what police departments could do moving forward.

“I think it’s a real opportunity for a couple of things,” Kriseman told Spectrum Bay News 9 last week. “For our police officers, to focus on what they’ve been trained to do, which isn’t being social workers. And for us to engage social workers to really provide benefits and help our community for those who need it, in a way that avoids confrontation and arrest.”

Officials with Gulf Coast JFCS said today that they’re currently in the process of conducting interviews and reviewing resumes as they gear up to hire a program director, three licensed therapists and12 immediate responders (or “navigators”).

Chief Holloway told the city council last week that 911 calls will continue to be answered at the city’s communications center “like normal triage,” with the operator making the decision on whether or not to dispatch the CAL team to respond.

Dr. Sandra Braham, the President and CEO of Gulf Coast JFCS, says that with repeat 911 callers, there will be an effort for CAL to “really wrap our arms around those individuals” and they would be offered an alternate telephone number to call in.

“The importance of the 911 calls is that we will still have those trained individuals who are accustomed to assessing all of those situations, and our staff will also be trained alongside them,” she says.

Terri Balliet, the CEO of Gulf Coast JFCS, said that more than a third of all the calls that came through 911 a year ago in St. Petersburg were mental health calls addressing whether someone needed to be put into protective custody via the Baker Act, a state law that allows people with mental illnesses to be held involuntarily for up to 72 hours in a mental health treatment facility if they meet certain criteria.

“We believe that by having a licensed clinical staff appropriately assess the situation, and whether or not truly it needs to be a Baker Act, we believe that that’s going to take off hours and time off the officer’s plate so that they can do the good work that they’re currently doing,” says Balliet.

Similar programs that redirect some 911 calls from the police to social workers have been enacted in a number of U.S. cities over the years, including Los Angeles Eugene, Oregon, and San Francisco (officials with BART, the transit system for the SF Bay Area, announced last week that it will soon fill six vacant police officer positions with social work-trained civilians to respond to homelessness, mental illness and drug addiction on the train system).

The St. Petersburg Police Department and Gulf Coast JFCS are currently working with neighborhood groups on hosting events to inform the community about the program before it begins.