Want to Buy a PlayStation 5? Good Luck with That

ST. PETERSBURG, Fla. — Five or six masked men loiter around the checkout counter of a St. Petersburg Walmart’s entertainment department on a Tuesday mid-afternoon. They check their phones, shift their weight, and nod to one another noncommittally, creating an air of freighted anticipation more generally associated with a principal’s office or clinic waiting room.

“People have been here since eight this morning,” says employee Jermaine Mitchell.


The guys are waiting to purchase the PlayStation 5, Sony’s newest video gaming console, and the season’s hottest home entertainment ticket. Today is the first day this particular Walmart will have the PS5 available in-store since it was released in the U.S. on November 12, and demand for the product has reached the kind of fever pitch that marked the holiday releases of previous products like the Furby or Beanie Babies. 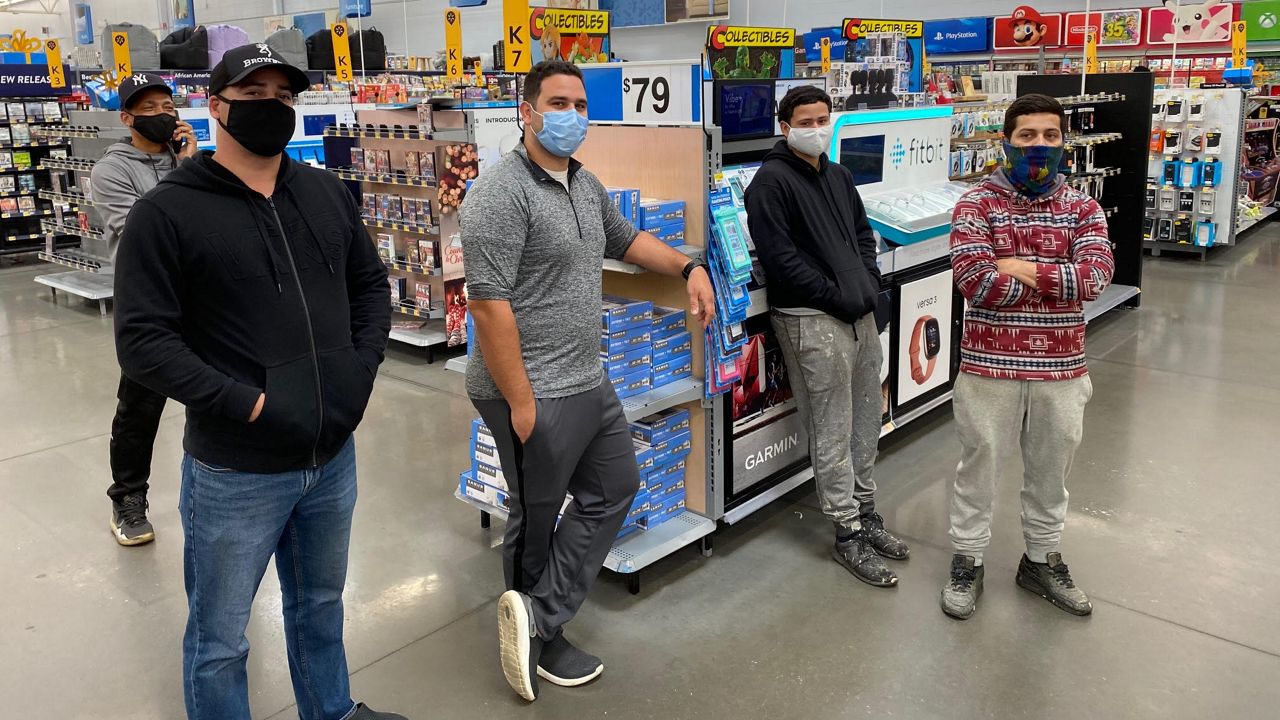 Customers at Walmart wait for a PlayStation 5. (Image by Scott Harrell)

Mitchell guesses his store has been getting an average of around 50 calls a day asking about PS5 availability since the console hit the market.

So how many PlayStations will be made available today?

“There are four coming off the truck now,” he says.

Across town at Best Buy, there aren’t any PS5s available in-store. Retail Associate Cristian Principe-Velez says they haven’t received any since its release, and has no idea when they will.

“We have signs placed all around the store saying the unit is available through online ordering only,” he says.

So are there enough consoles available through Best Buy’s website to satisfy gamers’ desires?

“It won’t let users complete an order if there aren’t any available.”

Most online retailers are out of stock. (Screenshot)

So far, the demand for the PlayStation 5 has far outstripped the supply. According to gaming website Polygon, Sony Interactive Entertainment admitted all of the units had been sold by the third week of November—this after the company reportedly spent $15 million on advertising in the single month leading up to the PS5’s release—before pledging to catch up to “unprecedented’ demand in the next couple of months. This hasn’t stopped gaming fans from lining up at retailers nationwide, hoping to score one of the few consoles still en route to physical stores.

The shortage has made national headlines. Even Saturday Night Live entered the fray, running a video last weekend in which comedian Pete Davidson satirized rapper Eminem’s hit song “Stan,” turning it into a dark and desperate letter to Santa requesting a PS5 for Christmas. Gamers across the country are voicing their dissatisfaction, as well. There’s a new thread on Reddit about the console’s scarcity, and many have publicly shared their suspicion that it’s all a deliberate marketing move on Sony’s part to increase the PS5’s cachet and further drive both demand and media coverage.

The most logical reason, however—that the COVID-19 pandemic has disrupted the company’s production and distribution processes in the same way it’s affected most industries—is likely the correct one.

In the meantime, PlayStation 5 consoles, which retail for $400 and $500 with an Ultra HD Blu-ray disc drive, are selling for as much as $2,000 on eBay. And online scammers abound; among others, posting a picture of a unit for sale while burying in the fine print that it’s actually only the picture itself that’s being offered is a popular attempt to subvert various websites’ rules and return policies. 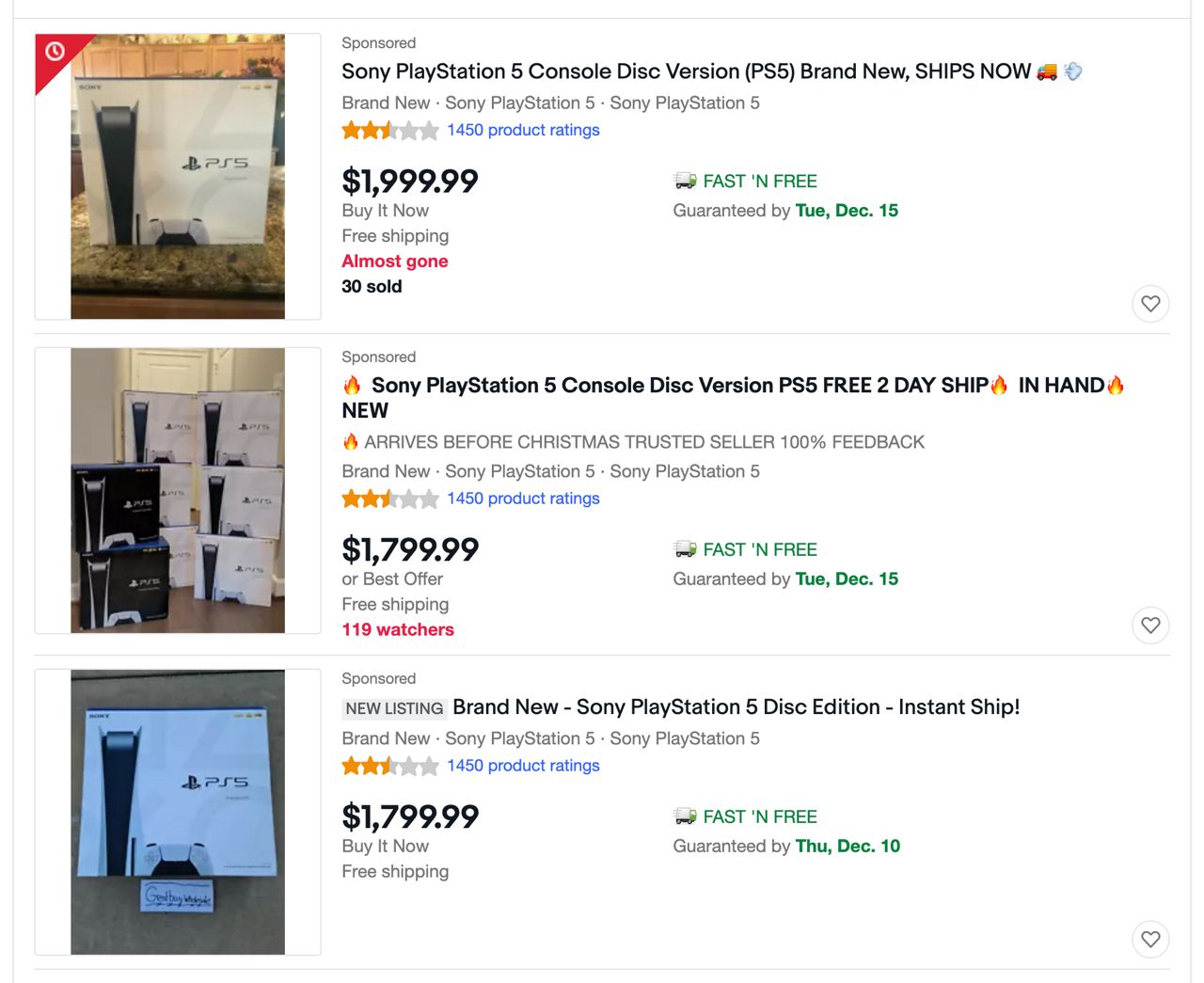 PS5s are going for outrageous prices on eBay. (Screenshot)

Devotees of the PlayStation series who simply have to get the latest and greatest as soon as it hits the market are advised to subscribe to the many websites out there that track the PS5’s availability or to read carefully when perusing posts by resellers. But they may well have to be content to wait until after Christmas to get their hands on one.

Sony Interactive Entertainment did not respond to a request for comments on this story.