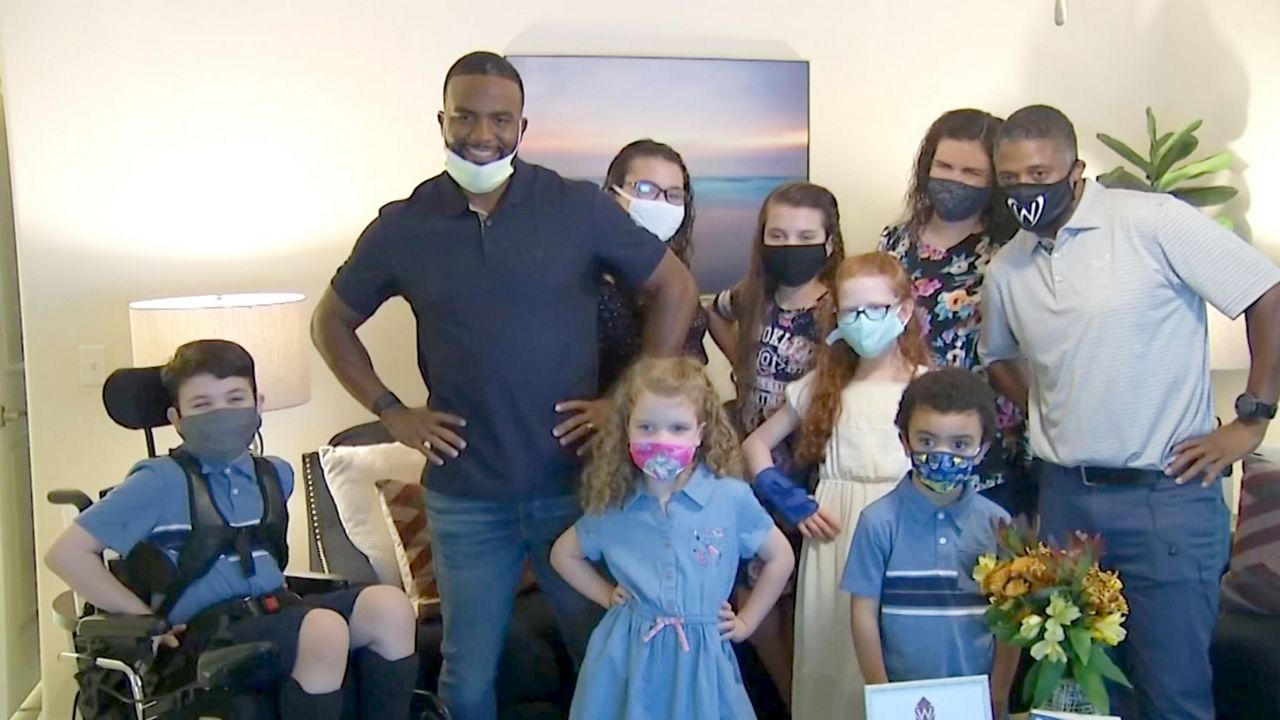 LARGO, Fla. — A Largo mother of six couldn't hold her tears back when Habitat for Humanity and local businesses presented her with a new van that was accessible for each of her five children that have disabilities.

"I just lost it," said Allison, who did not want to use her last name. "What everyone didn't know is how bad my car was doing. I had to replace my transmission. I would have to pull over to the side of the road because my car wouldn't click into gear. Often  times we would be sitting on the side of the road waiting for roadside assistance."

Allison beamed as she told Bay News 9 that this is the first time she has felt worry free in more than 10 years.

"I was a teen mom, I had my daughter at 17," she explained. "After that I was having a kid every two years and they have special needs so it's been hard."

She told Bay News 9 that she had been through a divorce and not having help with the kids has been a challenge. However, this new home serves as a huge stepping stone in the right direction for her entire family.

"I can't tell you how many times I've put the kids to bed and sat in the dining room in shock — this is our new home," she said.

Allsion has six kids, five of which have disabilities.

"My oldest daughter has been shot with an EpiPen more than 30 times, she's died in my arms before so, it's a very scary thing," she said.

One of Allsion's kids uses a wheelchair full time, while another has a feeding tube surgically placed in his stomach.

"Another of my kids has allergic and seizure reactions to certain types of carpet," she said.

Her family's new home accommodates each of their needs.

"We are so thankful," said Allison, who worked 350 sweat equity hours with Habitat for Humanity to become eligible for the home. ​

Now the family can focus on making their new house a home.