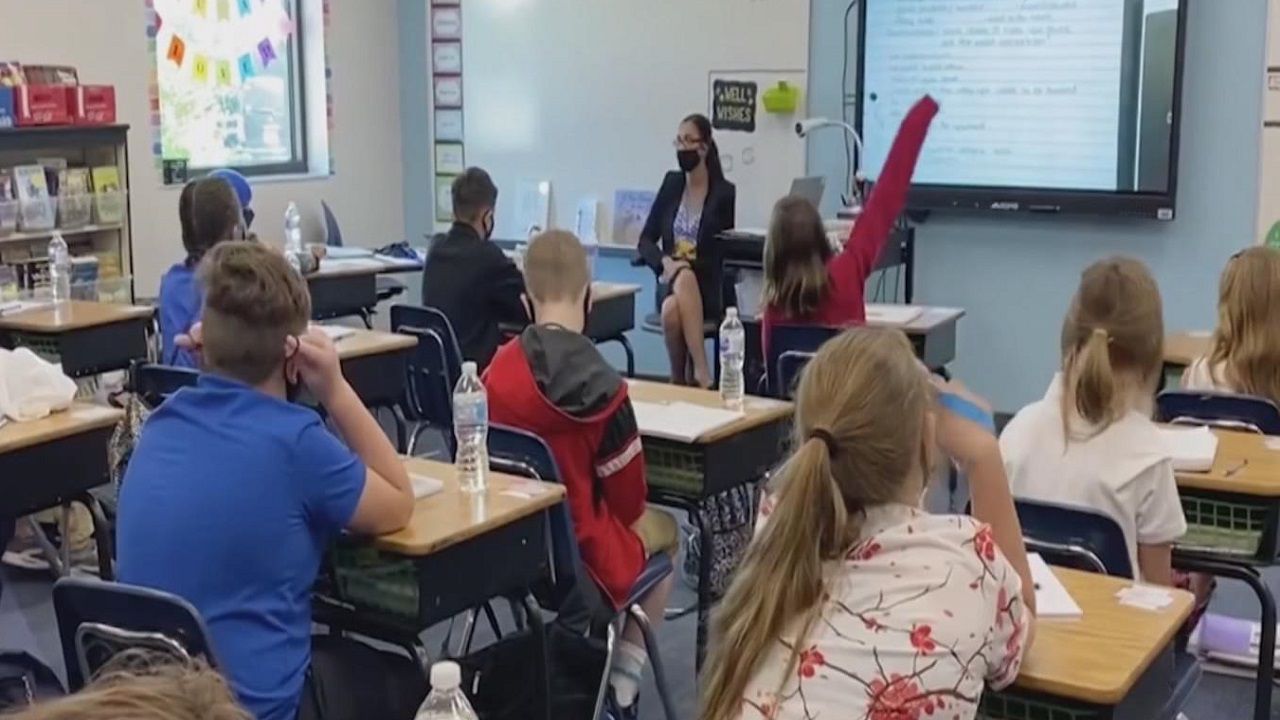 Hillsborough schools district officials are in the process of talking with school principals and evaluating which schools are over staffed. (Spectrum News image)

TAMPA, Fla. — Budget cuts could be on the way for Hillsborough County Schools.

District officials are in the process of talking with school principals and evaluating which schools are over staffed. The district currently has about 500 open positions and officials said they’ll try to use attrition to avoid major layoffs.

The District is also looking at positions funded by grant money that has run out and positions that are repetitive.

Superintendent Addison Davis said the school district is seeing its enrollment numbers decline as families opt for charter schools, private schools and home schooling in the midst of the pandemic​. He said the district has about 14,000 fewer students than it expected and that could mean millions of dollars in lost revenue.

Davis said many schools in the district are technically "overstaffed" but that doesn't automatically mean they're going to lose positions or face layoffs.

He said one school may lose jobs but some of those people will be "shifted" to other schools.

Strawberry Crest High School teacher, Ryan Haczynski is an IB teacher and said he plead with the district to work from home, but school officials refused and now he’s using his sick time to teach from home. His sick time ran out this week forcing him to take a leave of absence, which he said he’ll be taking to protest the way he says Governor Desantis and the state’s Education Commissioner are treating teachers.

“It's partly a protest against the empty promises from our leadership, and the state, as well as the district for not being able to make the accommodations requested not only by me, but hundreds, if not thousands, of teachers,” said Ryan Haczynski.

Over the last several weeks Haczynski fought for teacher’s rights after being forced to return to the classroom where he doesn’t feel safe, and add to that being forced to simultaneously teach in person and online.

Haczynski’s students even started an online petition to keep him at home teaching virtually, but he was still forced to use sick time to avoid going back into the school, all while still teaching his students.

Now, added to his frustrations, talks of cuts in the workforce to balance the district’s budget, specifically cuts from the IB program, which Haczynski said would cause irreparable harm.

“To be honest, there's extra money coming in from the state for these magnet programs. They generate additional revenues, but they will probably balance the budget on our backs. They’re just going to look at it as one pot of money and take from where they can I imagine,” said Haczynski.

Haczynski said his leave lasts through the end of the year and during that time he’ll be considering his next career move.