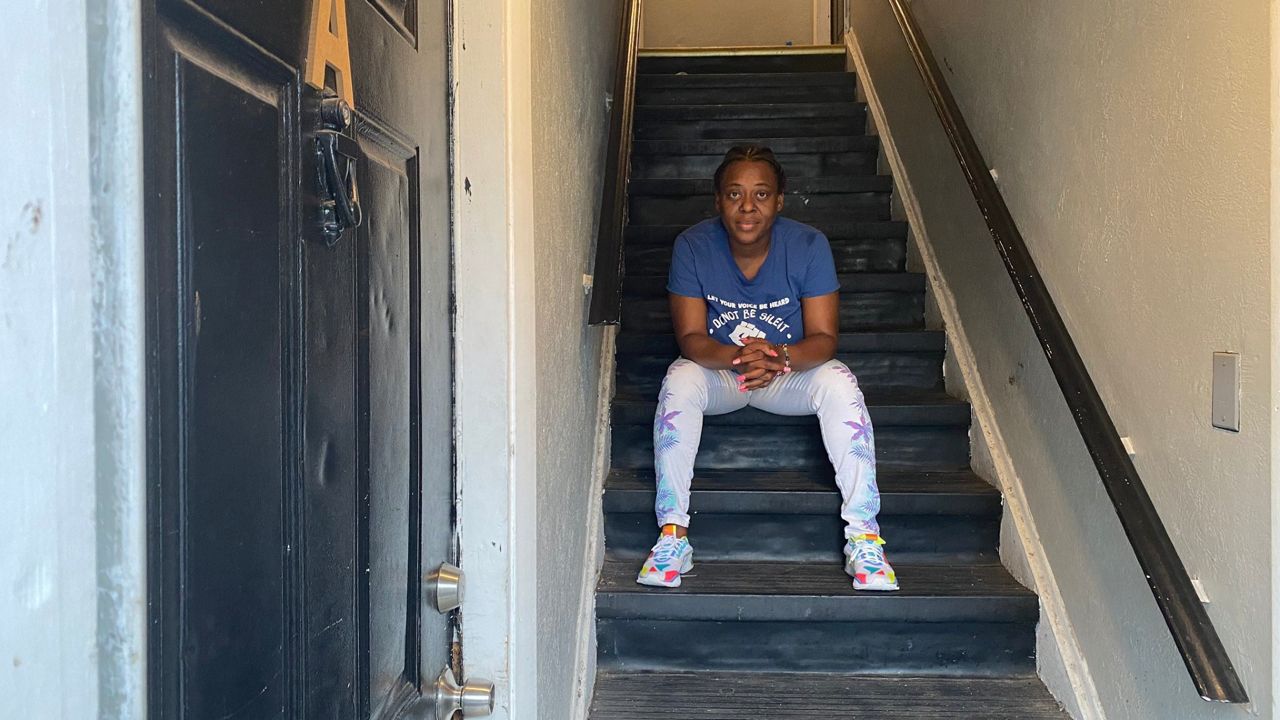 After the order, Centers for Disease Control and Prevention (CDC) used its authority to temporarily halt evictions.

Under the terms of the orderm indivdual tenants making less than $99,000 and couples earning less than $198,000 per year are eligible for the program.

The Trump administration made the move to keep people in their homes to try to curb the spread of coronavirus.

Tenants who benefit from the assistance are still obligated to pay accrued rent or housing payments in accordance with their lease or contract.

Landlords are still permitted to pursue eviction against tenants committing criminal acts, threatening the health or safety of other residents, and damaging property, among other offenses.

According to a new study from the Aspen Institute, one in five renters were a risk of being evicted by the end of September.

The order comes a day after Florida Governor Ron DeSantis Florida’s statewide moratorium on evictions and foreclosures was extended another month.

But even Florida's current moratorium is not protecting all renters from eviction.

DeSantis’s most recent executive order was a “limited extension” of the original moratorium, offering protection only for those who have been “adversely affected” by COVID19. It was set to expire at midnight August 31 but was extended hours before the deadline.

And even for those who have been financially impacted by the pandemic, protection isn’t guaranteed. Evictions can still proceed: renters simply have the option to answer the court, and ask for a hearing to prove they’ve been impacted. At that point, it’s up to the individual judge and jurisdiction hearing the case to decide whether or not renters are protected under the order.

Charlotte “Chacha” Davis was presented with a 24-hour-notice of eviction on August 19. She said the trouble all began back in February, when Davis’s landlord initiated eviction proceedings against her – despite Davis paying the lowered rent amount she said she and her landlord mutually agreed to.

Davis said she and her landlord negotiated for a lower rent due to a range of unresolved repairs that were needed at the apartment. But after Davis paid that agreed-upon amount, she said her landlord filed for her eviction.

Then, the pandemic hit.

“My employment situation changed because of COVID, so I was not working,” Davis said. “So there really was no income coming in the home.”

Months later – after what Davis described as “no communication” from anybody at the Orange County court or her apartment complex – the sheriff’s department served her with a 24-hour eviction notice.

She described the current moratorium as “a false sense of security.”

“I'm already out of the apartment. I’ve already been evicted,” Davis said. “And this was able to happen with this [moratorium] in place.”

Experts and attorneys agreed with her characterization of the moratorium at a recent housing and COVID19 workshop, hosted by State Rep. Anna Eskamani and The Florida Bar Foundation.

“There is no functioning eviction moratorium in Florida as of August 1,” said attorney James Kowalski, who serves as president and CEO of Jacksonville Area Legal Aid.

Evictions stay on an individual’s record forever and are not able to be expunged or otherwise removed in Florida, according to Jamos Mobley, senior housing and consumer attorney with the Legal Aid Society of the Orange County Bar Association.

“It’s always going to be there,” Mobley said.

And an eviction on your record can make it harder to secure housing in the future.

“I never got an opportunity to show the courts what landlords are being allowed to do to tenants,” Davis said.

For now, Davis is staying in a hotel. But that’s not an option for everyone in her situation.

“I definitely want to speak out for people who don't have an option to go stay at a hotel, don't have a family member whose house they can go and live at,” Davis said. “People are literally being put out on the streets here in Orlando.”

Molly Duerig contributed to this report. Duerig is a Report for America corps member who is covering affordable housing for Spectrum News 13. Report for America is a nonprofit national service program that places journalists in local newsrooms to report on undercovered issues.