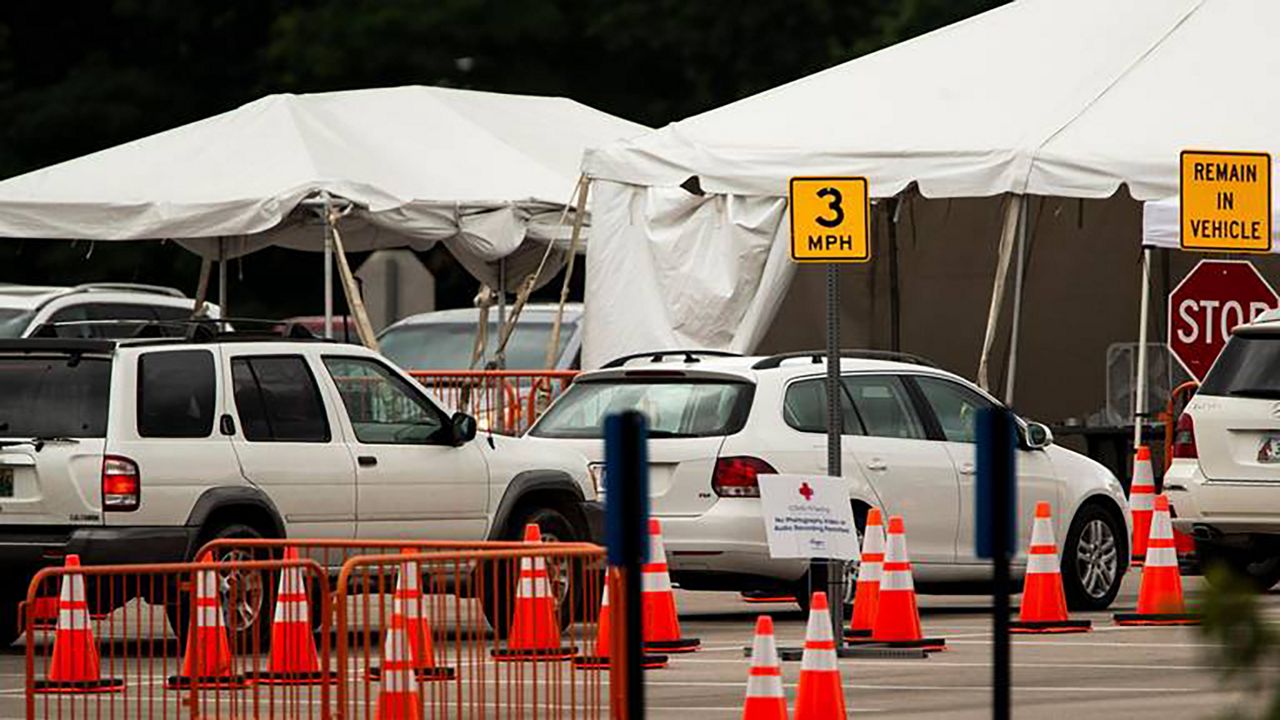 Florida’s Division of Emergency Management said Wednesday its testing sites can’t hold up to the threat of a potential tropical cyclone, because they include tents and other free-standing structures. (File photo)


As Florida struggles to contain an ongoing surge of COVID-19 cases, Tropical Storm Isaias formed late Wednesday in the Caribbean.

So, in preparation, the state is closing its testing sites at 5 p.m. Thursday. The testing site at the Mahaffey Theater in St. Petersburg closes at 7 p.m.

Florida’s Division of Emergency Management said Wednesday in a news release that its testing sites simply can’t hold up to the threat of a potential tropical cyclone because they include tents and other free-standing structures.

“Remember, they’re just in tents so even if we get only 20 mph winds... even that’s the kinda thing that can blow over tents and can be a dangerous, so it does make sense why they just want to take the safe route and take the stuff down,” Spectrum News Meteorologist Brian McClure explained.

Orange and Hillsborough and Pinellas counties soon followed suit, saying all health department-run testing sites will also be closed into next week. Orange's Health Department said sites there would be closed at least through Wednesday. In Hillsborough, all public sites, including the one at Raymond James Stadium, will be closed "until the weather clears next week and it is safe again to resume operations."

“Just the safety of our personnel.”, Pinellas County spokesperson Ashley J. Johnson said. “Making sure that everyone is safe and they’re not trying to test in the middle of the storm and we’re not asking people to come.”

Orange County Health Services will also close its testing sites beginning Friday through at least next Wednesday due to potential weather impacts. https://t.co/fPLeW5PgUL

All testing appointments at public Hillsborough County sites were canceled from Friday to Tuesday. Anyone with an appointment for this time will be contacted about rescheduling, the county Health Department said.

State officials said the decision was made out of an abundance of caution to protect both the people who need to be tested and those administering the tests.

According to the release, testing sites will begin reopening as the severe weather threat passes, and all sites are expected to reopen by 8 a.m. Wednesday at the latest.

You can find a complete list of the state’s testing sites here.