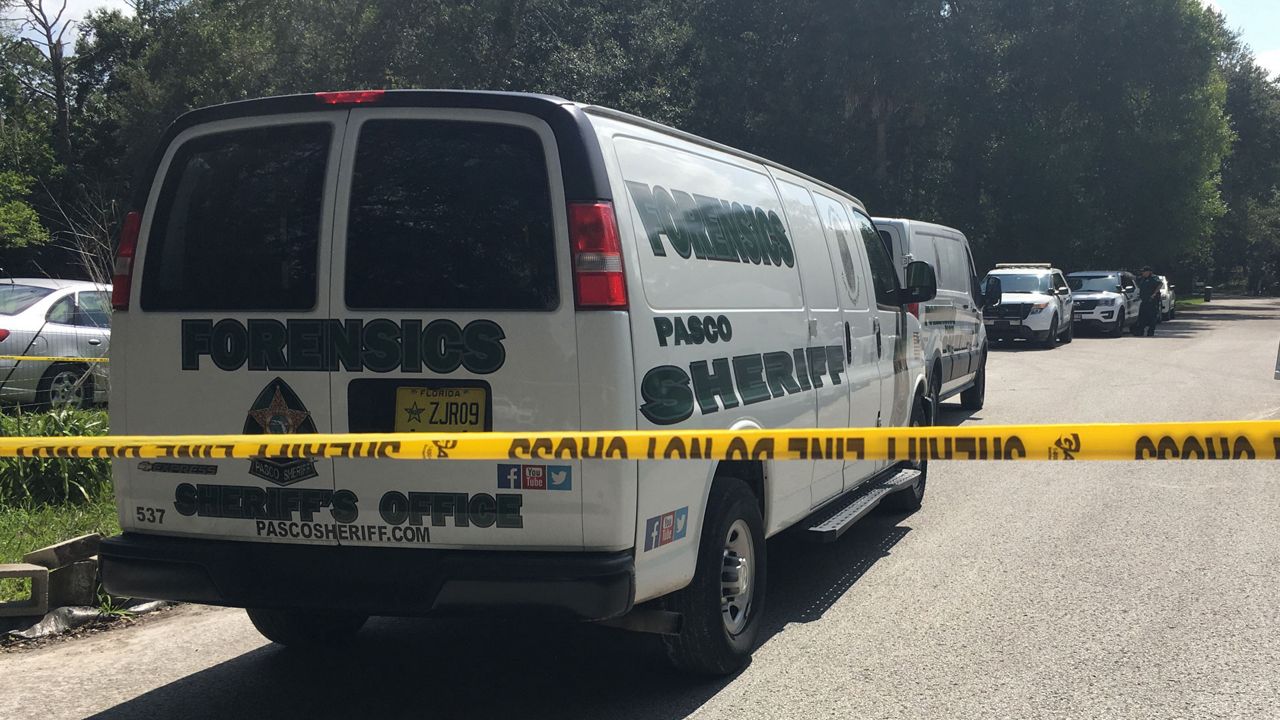 LAND O' LAKES, Fla. -- Two men are dead and a third is recovering in the hospital after being shot during an alleged home invasion early Friday morning. Pasco County Sheriff Chris Nocco said the person who shot them was their intended victim.


“This victim exercised their Second Amendment right. Second Amendment allows you to protect yourself by carrying and bearing arms. In his home, he protected himself, and that’s something our citizens in Pasco County will do," Nocco said.

The sheriff's office declined to release the victim's name or address of the home where this took place due to Marsy's Law, but a section of the 24800 block of Audrey Road was blocked and the street was lined with sheriff's office vehicles, including forensic vans, throughout the afternoon and into the evening.

A neighbor identified it as the site of the alleged home invasion.

Nocco said the victim was home alone playing video games when he heard glass breaking just before 1 a.m. An arrest document states he grabbed a Glock 9 mm that was nearby and went to investigate.

Nocco said that's when he saw a man wearing a dark mask and dark clothing in a hallway, pointing a gun at him. The victim shot at the man, who collapsed.

Behind him was a second masked intruder. The victim shot that person, who also fell.

Finally, he shot a third man, Jeremiah Tramel, 19. Nocco said that during the encounter with the intruders, one of the suspects also fired his gun. The victim was unharmed.

After shooting Tramel, the victim's gun jammed. The arrest report states the victim armed himself with a second gun, a Kriss Vector 10 mm carbine, and found Tramel had fled.

The victim called a neighbor to ask for help, then dialed 911. While he was on the phone with dispatch, his neighbor yelled that he had Tramel at gunpoint in the yard. The victim ran outside and the two detained Tramel until deputies arrived.

According to Nocco, the victim wasn't targeted at random. He said there was some type of relationship between the victim and suspects, and the victim believed he may have been targeted because of pictures of his guns that were posted to social media.

The two deceased suspects were identified as Luis Casado, 21, and Khyle Durham, 21. Nocco said they both had violent criminal histories.

Tramel faces two counts of second degree homicide for the deaths of Casado and Durham since they were killed during the commission of a felony he was allegedly involved in, as well as one count of home invasion robbery. Nocco said the investigation is ongoing.