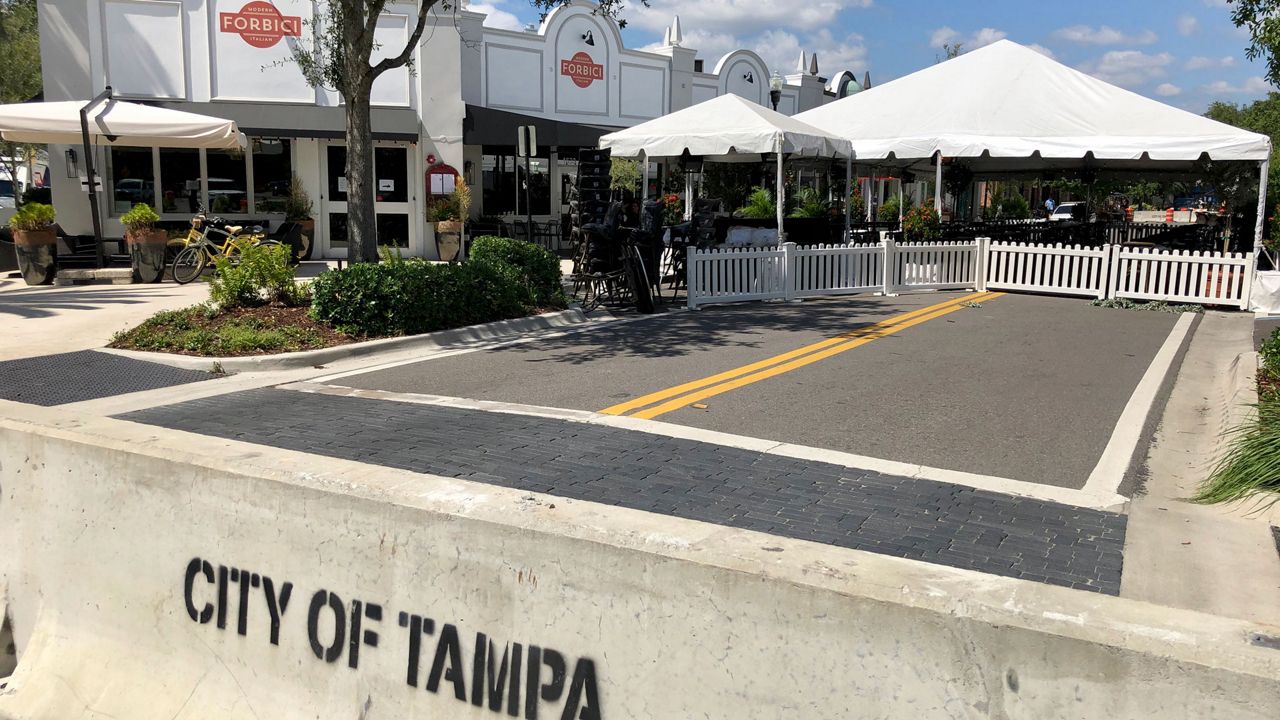 TAMPA, Fla. — Tampa has closed down streets in six different areas of the City to allow restaurants to expand their outdoor dining capacity as the economy begins to re-open from the pandemic.

"Thankfully, the mayor has worked with us knowing that we have the restrictions for seating inside," said restaurant co-owner Joe Guggino. "This will allow us to not only seat additional people but also keep the distances that we need to."

Under Florida's Phase 1 re-opening, restaurants are only allowed to operate at 25 percent capacity inside while also implementing the CDC's social distancing guidelines. To help the restaurants out, Mayor Jane Castor launched a program called the "Lift Up Local Economic Recovery Plan."

Under the pilot project that began on Monday, some City streets will be closed for 14 days to allow restaurants to operate outdoor dining during normal business hours. The City has temporarily suspended certain code and permit requirements.

Guggino's restaurant, Forbici, is located in Hyde Park Village and he has already set-up a big white tent with chairs and tables on Snow Avenue. The modern Italian restaurant co-owner said they'll begin outdoor dining on Thursday for evenings and weekend brunch.

"People are ready to get out and mingle," said Guggino. "They want to be safe but they want to come to the restaurants they love and the shops they like to be and just start getting back to normal."

The SoHo district declined the City's offer to close Howard Avenue everyday from 5-10 p.m. The restaurant owners told the City that they had plenty of parking spaces available for open air dining, according to the mayor's spokesperson Ashley Bauman.

The other five locations are located in Ybor City, Tampa Heights, West River and two spots in downtown Tampa.