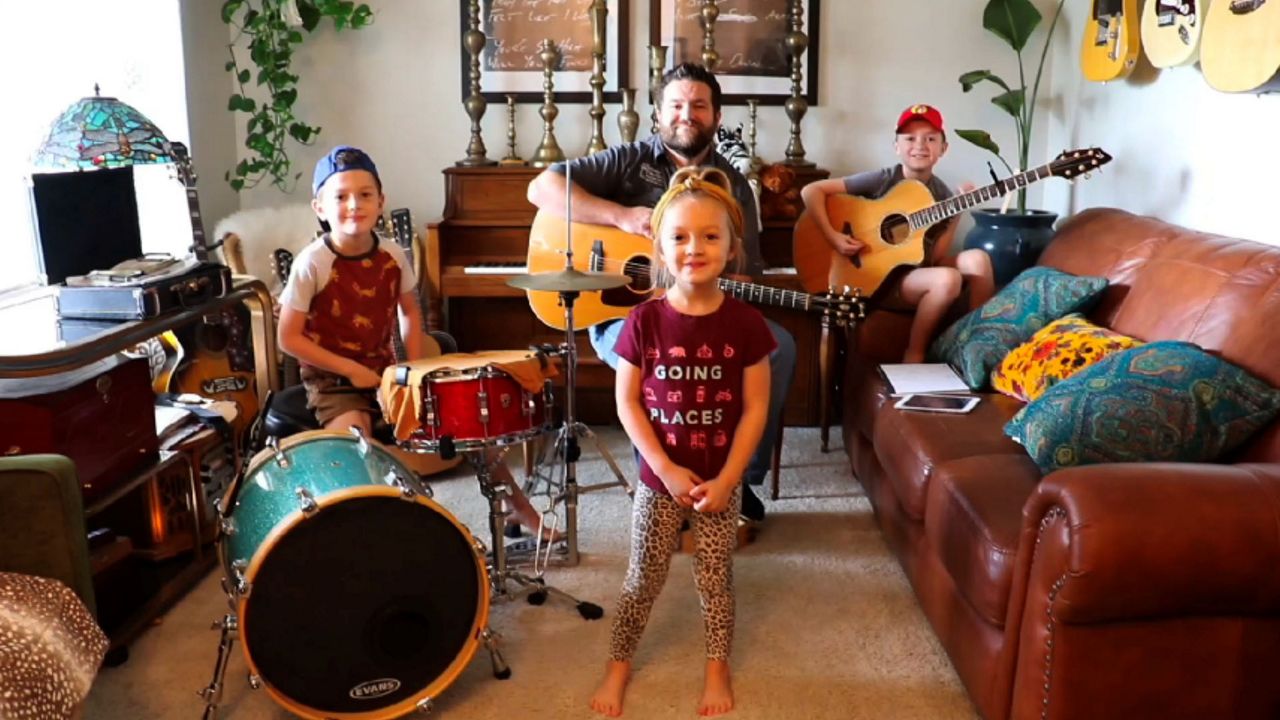 If being in quarantine had a groove, it would probably sound like the Colt Clark and Quarantine Kids band. Clark, a longtime musician, started a band with his three kids after his business shut down due to the COVID-19 pandemic. (Gabby Arzola/Spectrum Bay News 9)

HILLSBOROUGH COUNTY, Fla. -- If being in quarantine had a groove, it would probably sound like the Colt Clark and Quarantine Kids band.

The Hillsborough County group consist of Colt Clark and his three children.

“It’s fun being with my family, and being in a band,” six-year-old Bellamy Clark said.

Early in the COVID-19 pandemic, Colt, a longtime musician, saw his business dwindle in March.

“Around March 16, I lost everything, all my business canceled,” Colt expressed. “While staying at home, I saw how good the kids were at music.”

“It’s a way to bring us together,” 10-year-old Cash Clark said. “I like showing off my skills.”

The group was featured on network shows like HLN and CNN.

“I never expected this to happen, it was so exciting,” Colt said.

Even though most of the band is under 10 years old, they focus on classics like Darius Rucker, The Monkeys, and Jerry Lee Lewis.

In a time that could stress and separate loved ones, the Clark family found a way to sing a different tune.

“I am so proud of them,” Colt said. “When I see them playing with me, it’s amazing.”