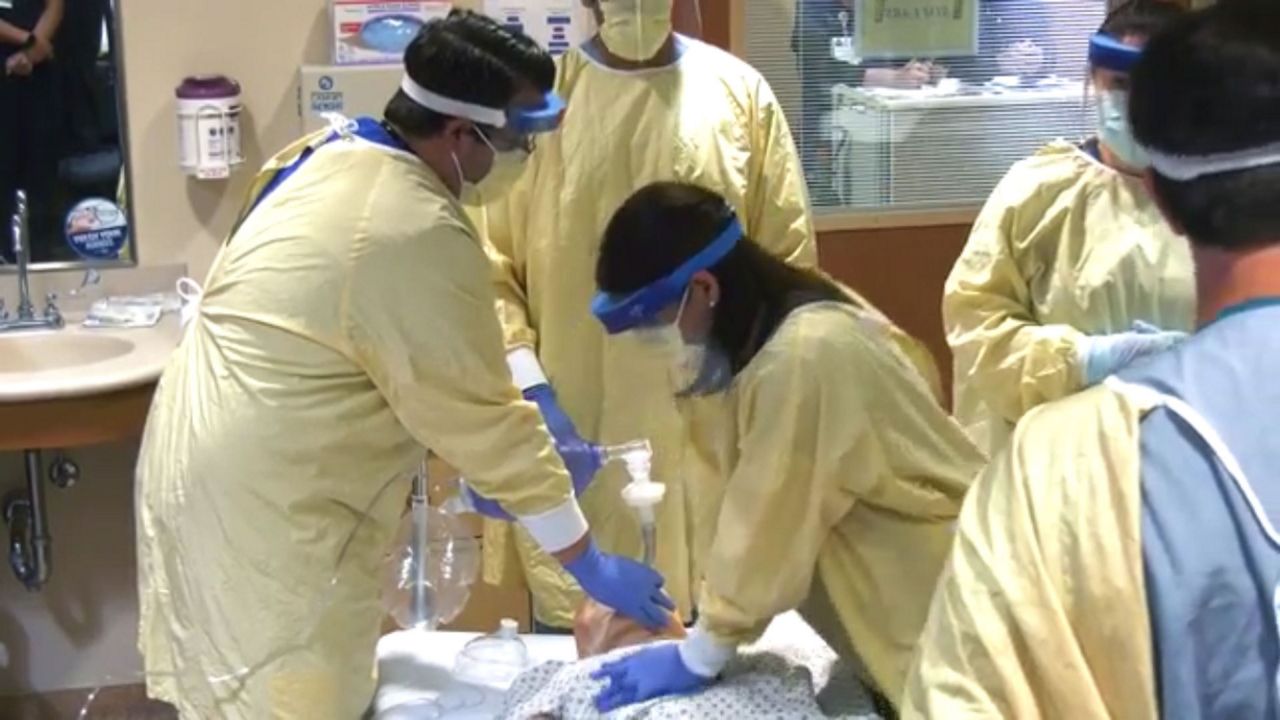 TAMPA, Fla. -- The University of South Florida's Center for Advanced Medical Learning and Simulation (CAMLS) continues to provide training to medical professionals amidst COVID-19, and its executive director said steps put into place before the virus hit have helped them adapt.

"Training centers like us, we have to be very nimble and able to adjust based on changing requirements, personal protective equipment availability, and we're ready to do that," said Dr. Haru Okuda, CAMLS' executive director.

Normally, training is held at CAMLS' 90,000 square foot state-of-the-art facility, one of the largest in the nation. Medical students, Tampa General Hospital and VA hospital residents, as well as thousands of professionals from across the medical industry, receive training there.

Okuda said before the virus was a concern, a new program was launched called "CAMLS Without Walls."

"We're bringing our team, our equipment, our simulators, and doing training what we call 'in situ', which is within the clinical environment," said Okuda.

"We've been doing some really innovative things by using certain walkie talkie-type devices to speak to teams that are in two different locations, because before you'd have the whole team come into the room. Now, we want to focus on just the core members of the team and other folks could stay outside the room," Okuda said.

Also ahead of concern about COVID-19, Okuda said CAMLS completed a research agreement with Immertec, a company that specializes in virtual reality medical training technology."

"We've been working to figure out how to incorporate that into the future of training," Okuda said. "So, whereas before, you'd have a group of doctors come in to learn a surgical procedure on a new device at CAMLS, now the idea is to use this virtual reality technology, which is at CAMLS now.

Other steps CAMLS has taken include building sophisticated simulations specific to COVID-19 and creating training videos -- something the center has never done before. Okuda expects some of these new offerings will last beyond the pandemic.