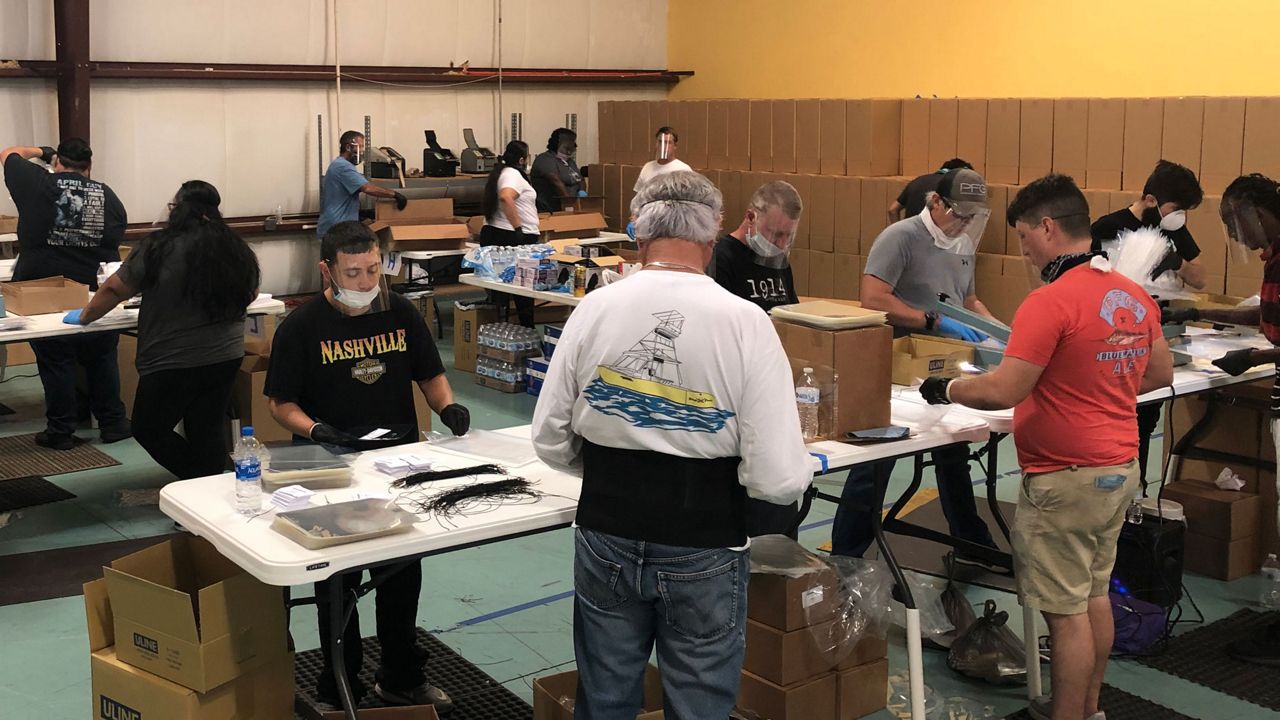 BRADENTON, Fla. — Precision Products halted production at their plastic manufacturing business in order to open up a face shield making operation in just a matter of days, and now those face shields are being used in hospitals across the U.S.

With personal protective equipment running low for doctors and nurses around the country, owners John and Ron Walters realized they had the ability to help.

They rented space, found dozens of employees, created a unique face shield design, built the plastic mold, and scrambled for materials so they could get production underway.

In three days, they were in business.

"We were watching the news every second and we're hearing that PPE is needed all over the country,” John said. “I was like, we can actually do this.”

After realizing the need for PPE, Precision Products temporarily halted it’s normal operations and opened up ⁦@MyFaceShield1⁩ in just a couple of days. In a week they’ve created more than 1 million face shields and shipped to 95 hospitals ⁦@BN9⁩ pic.twitter.com/el830anYQY

Since they began production just over one week ago, they have produced more than one million individually packaged face shields that have been delivered to 95 hospitals nationwide.

John says it wasn’t easy getting that many workers on board so quickly while sourcing materials. With specialized equipment already scarce, finding the correct materials to make the masks was difficult.

“People were out at that point, but we just kept calling and somehow we sourced the material,” Ron added.

As of Tuesday, roughly 60 workers were assembling masks in their Bradenton warehouse. They plan to expand to 100 workers between two shifts by the end of the week to keep up with the rising demand.

For more information, visit myfaceshield.com and watch the video above.