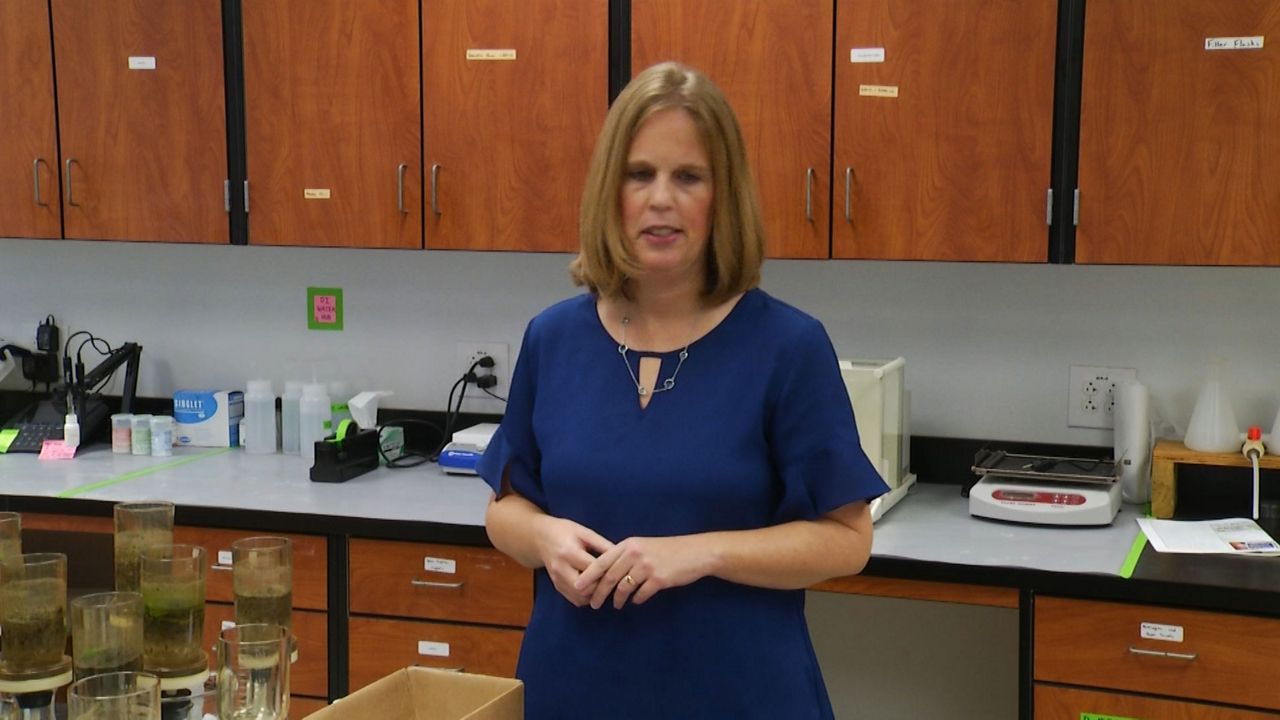 Dr. Mary Lusk was one of two University of Florida faculty members who spoke at a forum Tuesday commemorating International Day of Women in Science. (Rick Elmhorst/Spectrum Bay News 9)

HILLSBOROUGH COUNTY, Fla. — As people around the world commemorate International Day of Women in Science, scientists at a University of Florida facility in Hillsborough County did their part to make sure more women consider choosing careers in science.

Dr. Mary Lusk and Dr. Sriyanka Lahiri are researchers and professors at the University of Florida - Gulf Coast Research and Education Center. The two delivered remarks Tuesday at a forum about women in STEM careers.

Both women encouraged audience members to make science a career and both said they received lots of encouragement from their husbands and fathers.

Lusk told audience members that her husband was the one to give her a nudge to get back to college after the couple’s youngest child entered first grade.

“He said, 'sweetie, you have too much to offer to not be giving it to the world,” Lusk said.

Lusk went on to say it was her father who got her to think in the direction of science as he took her on walks in nature as a child.

“And he would tell me all about the trees and about the animals in wildlife and the tracks in the field,” she said. “And just by his example I learned to love wildlife and nature.”

Lahiri said her father was a chemist who encouraged her to pursue a career in science.

“He said that would be most fulfilling, if you can teach students science," she explained. "In his case it was chemistry. I didn’t connect to him with chemistry. In my case it was biology.”

According to the United Nations, less than 30 percent of researchers around the world are women.