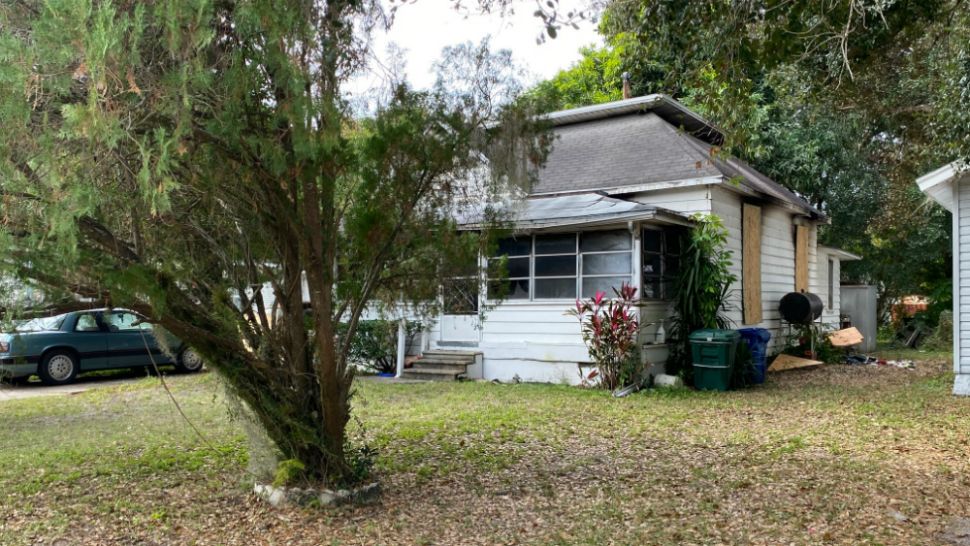 The fire happened Friday, around 1:35 pm, in the 1300 block of 4th St. NE in Winter Haven near the police station. (Stephanie Claytor/Spectrum News)

WINTER HAVEN, Fla. — Neighbors are credited for saving an elderly woman from a burning home.

The fire happened Friday, around 1:35 pm, in the 1300 block of 4th St. NE in Winter Haven near the police station.

It's a neighborhood where everyone knows everybody, so Ernest Mobley said he didn't think twice about rescuing his elderly neighbor, Patricia Rose.

"It wasn't any hesitation or anything. I kept hearing her saying, 'Come help me! Come help me,' and I had to get her out," Mobley said.

Another neighbor had already kicked in the door.

"I jumped over this car right here and then ran towards the door. It was somebody else with me to try to go in and help. But when we went in that's when the windows went to breaking and the glass went to breaking," Mobley recalled.

He went in the home three times before he saw a bandage on her hand through the dark smoke and was able to pull her out with the help of a neighbor. She was in the living room not far from the door.

Ernest Mobley & several other neighbors rescued an elderly woman from a burning home in Winter Haven yesterday.He said he went in the home filled with smoke three times before he could find her.The woman was taken to the hospital and her family said she’ll be fine.Story on @BN9 pic.twitter.com/huN0SNEjDV

"I didn't know I could pray that fast. I said, 'Lord help me get this woman up out of this house," Mobley said.

While some may see him as a hero, he sees the situation differently.

"She's my neighbor. That's just it. I done known her for God knows how long. I would want somebody to do that for my mom if it was her," Mobley said.

Mobley is actually a fire survivor. He said his home burned down in 2014, but his brother knocked on the window just in time and he was able to escape. He's also not in the best health and walks with a limp. But he said none of that mattered on Friday.

He has since gone to the hospital to get himself checked out for smoke inhalation.

Patricia Rose's family thanked the first responders and neighbors for rescuing her. They said she suffered some smoke inhalation but should be fine.  She lived in the home with her brother. They said he was out running an errand at the time.

According to the Winter Haven Fire Department, the fire started in one of the back bedrooms and was contained to that area. The cause of the fire is unknown.

The family said much of the inside of the home has been destroyed.