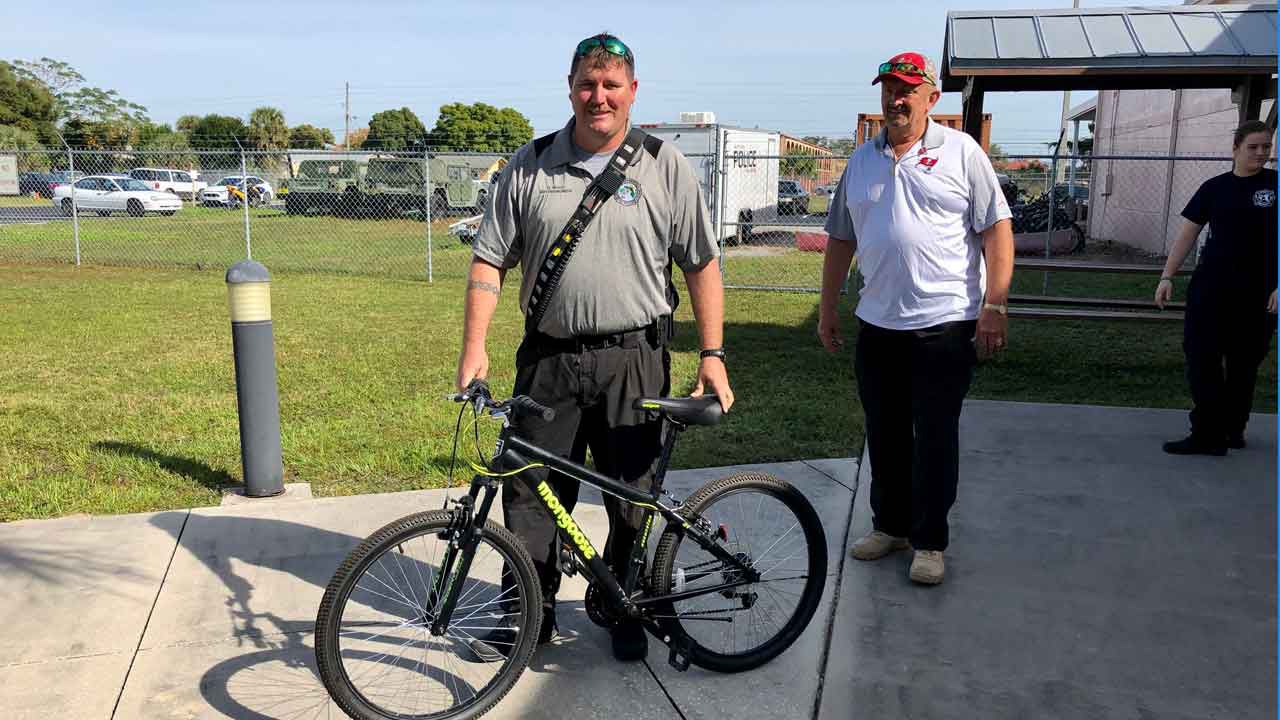 PORT RICHEY, Fla. — A Port Richey firefighter's family has one more reason to be thankful this week after good Samaritans purchased a new bicycle for their 13-year-old son on Tuesday to replace one that was stolen last month.

“I was surprised. I was not expecting this,” said firefighter David Wood. “I truly appreciate it.”

Wood was on the job when a thief stole his son William’s bicycle from the carport of their home on Oct. 13 sometime between 7 a.m. and 3:20 p.m., according to a Port Richey police report.

“He’s out on his bike almost every day,” said Becky Wood, William’s mom.” So, it was a big, big loss for him.”

Good Samaritan Dave Williams found out about the burglary and decided to step in. Williams said he and Ed Shaw split the cost of the new $300 bicycle.

“This is for you and your son for what you lost,” Williams said. “Hopefully, we replaced it in the right way.”

Williams surprised Becky and David Wood with the new bicycle at the Port Richey Police Department.

“This is all you for the holidays for your son,” he said. “I wish you the best.”

Williams has a long history of helping Bay Area first responders. Wood said he’s very thankful and knows his son will be thrilled to have a bicycle again.

“He is going to be excited to jump on this,” said Wood. “Start riding around the block.”