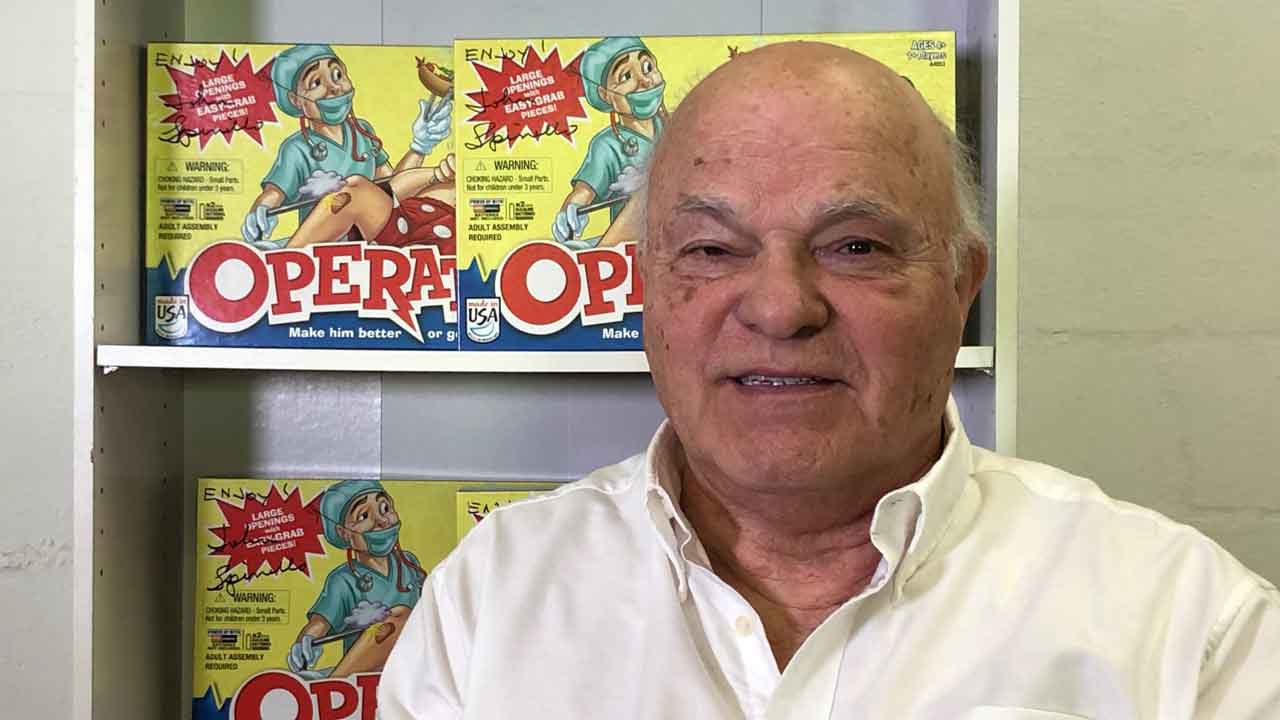 John Spinello, who invented the board game "Operation" and later sold the patent for $500 and the promise of work, is the subject of a new documentary film debuting Friday in Sarasota. (Angie Angers/Spectrum Bay News 9)

SARASOTA, Fla. — The man who invented the classic board game "Operation" and the story of how he sold the patent for the game and never saw any of its future profits is the subject of a new documentary film opening in Sarasota Friday.

The game, according to John Spinello, was inspired by a childhood incident during which he says he stuck a safety-pin in a light socket and got quite the shock.

The game ‘Operation’ went on to become a fixture in many households across America, selling more than 45 million copies to date.

Spinello, however, never received a dollar of the sales. In need of a job following his wedding in the early 1960s, Spinello sold the patent to the game for $500 and the promise of work.

“He offered me $500 in two payments and a job when I graduated,” he said. “I figured that this was a good deal, I’ll have a job! But I never got the job.”

Over the last few years, Spinello faced health problems and was forced to sell his dream home. As people across the country learned he was in need of surgery that he couldn’t afford, they stepped up and donated to the inventor's rising medical costs.

It was then that Spinello met filmmaker Tim Walsh.

John Spinello, the inventor of 'Operation', never saw a penny after he sold the game for $500 in the 1960s.

Here's what he had to say when I asked him if he had any regrets @BN9 pic.twitter.com/9Spk45oGGr

Walsh went on to create a documentary about Spinello’s life, titled "OPERATION: Operation the Power of Play," which is premiering on Friday at The Bazaar on Apricot and Lime in Sarasota during an event entitled "Operation: Gratitude."

“John’s just such a great guy and we’re blessed to be able to say 'thank you,'” Walsh said.

Most of the proceeds are going straight to Spinello and his family. A portion will go to benefit Family Network on Disabilities of Manasota.

If you would like to be a part of the premiere or meet Spinello in person, you can visit the Operation Gratitude website.

I asked the 82-year-old to imitate the classic red-nose beeping sound we've all loved to hate.

And yes, he feels the same way about it that we do. @BN9 pic.twitter.com/hvjZydDATy