ST. PETERSBURG, Fla. — Now that St. Petersburg is getting its own scooter pilot program in late March, what will it look like compared with Tampa?

Initially, riders on one side of Tampa Bay will need to follow different regulations from the other.

St. Pete will require scooters to be parked at designated corrals.

Fines would go out to riders for not complying. The scooter companies will do the enforcement.

St. Pete law enforcement will get involved for obvious road violations like riding on the wrong side of a one way street. Tampa is also handing out fines for these clear violations.

But after speaking to both Tampa and St. Pete’s transportation directors, officials want to incentivize riders on good behavior.

They said they’re not looking to make it a business of fining riders. But if someone has multiple infractions, eventually they would lose their privileges.

For perspective, Tampa provided September’s violations on no ride zones. 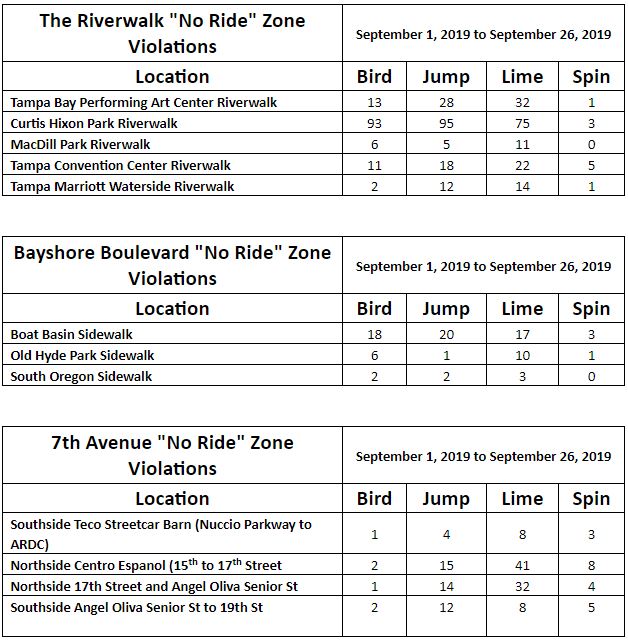 Another big difference between Tampa and St. Pete: the Sunshine City will implement a 10 p.m. curfew.

Officials said it could be changed to an even earlier deadline if they find riders are having more road violations as they come closer to the curfew deadline.

In Tampa, there's no such language.

St. Pete’s pilot program is for 18 year olds and up unless you own your own scooter, in which case the age minimum lowers to 16.

Tampa's program allows for 16 year olds to participate in the ride share program. 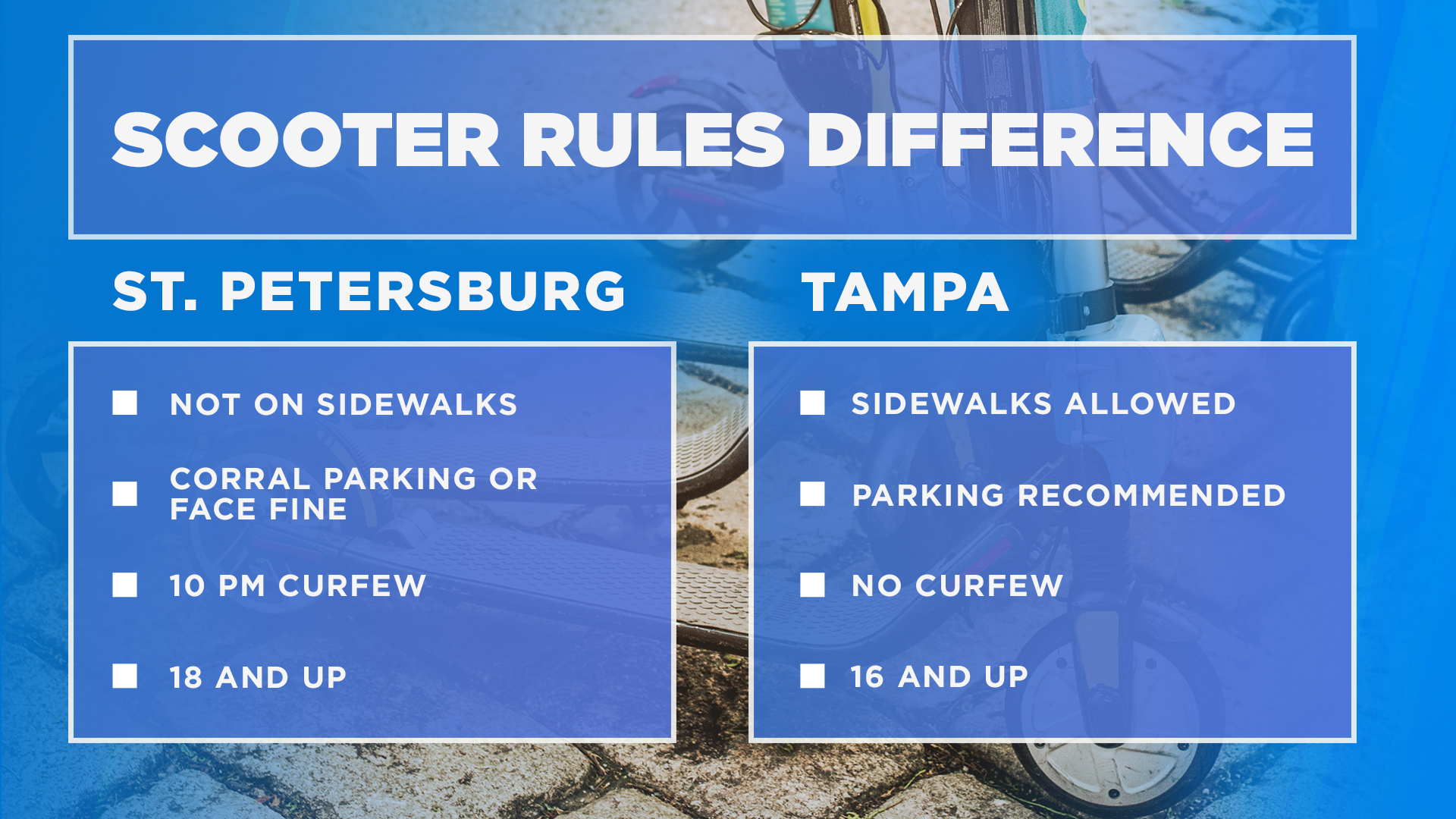 Both programs will have restrictions on where scooters are allowed.

In addition, St. Pete will let you ride in bike lanes on streets with higher speed limits. But if there's no bike lane, scooters are banned on streets that have speed limits of 35 miles per hour or higher.

In St. Pete scooter use is allowed on the Pinellas Trail within city limits or east of 34th St.

Both cities’ programs encourage helmets but are not required.

Finally, speeds shall not exceed 15 miles per hour and neither city allows double riding.