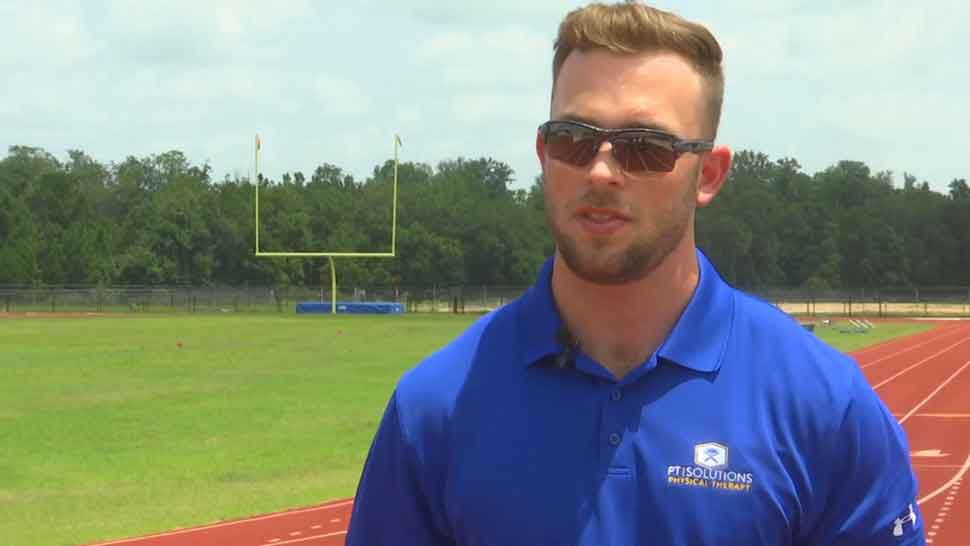 HILLSBOROUGH COUNTY, Fla. — A Hillsborough athletic trainer has started a petition calling on the county's school district to require all schools to have a full-time athletic trainer in the wake of a student's death earlier this month.

Chris Fuhrman didn't mince words when describing how he felt when he learned about the death of incoming Middleton High School freshman Hezekiah Walters on an athletic field during conditioning drills on June 11.

"It broke my heart," he said. "I really felt sick to my stomach."

It's important, he says, for an athletic trainer to always be present in case an incident becomes life-threatening.

“I’m surveying the field the entire time, making sure everybody is up, looking for any red flags," he explained. "If a kid may be stumbling or a kid may be starting to throw up, these are things we notice immediately."

That's exactly why Fuhrman created the petition. He wants to see an athletic trainer always present at any practice or game.

“Majority of injuries, over 60 percent, occur at practice or conditioning," Fuhrman said. "So it’s one thing during games when the competition level is super high, but there’s more practices in a week than games."

A spokesman for Hillsborough County Public Schools declined to comment on this petition or if there was an athletic trainer present the day Walters died.

The medical examiner has not released an official cause of death yet, so there is no way of knowing if an athletic trainer would have been able to help save Walters's life.

But Fuhrman believes this petition could help kids in the future.

A spokesman with the school district also declined to comment on whether this is something district leaders would be open to, stating Walters’s case is still under investigation.