TAMPA, Fla. — A son, a father, a brother, a friend — all words used to describe 26-year-old Eric Patterson.

"He was just a sweetheart. Loving, caring, giving. He would give you the shirt off his back if you needed it," said Choise Jones, Patterson's brother.

Many in the community knew Patterson as a Plant High School football player who went on to play in the National Football League.

But his family says they will remember him for his infectious smile and gregarious personality, making this final goodbye that much harder.

"I just miss my brother so much. Like, so much. It's just so crazy how someone could just take his life away," said Javonica Patterson, Eric Patterson's sister. 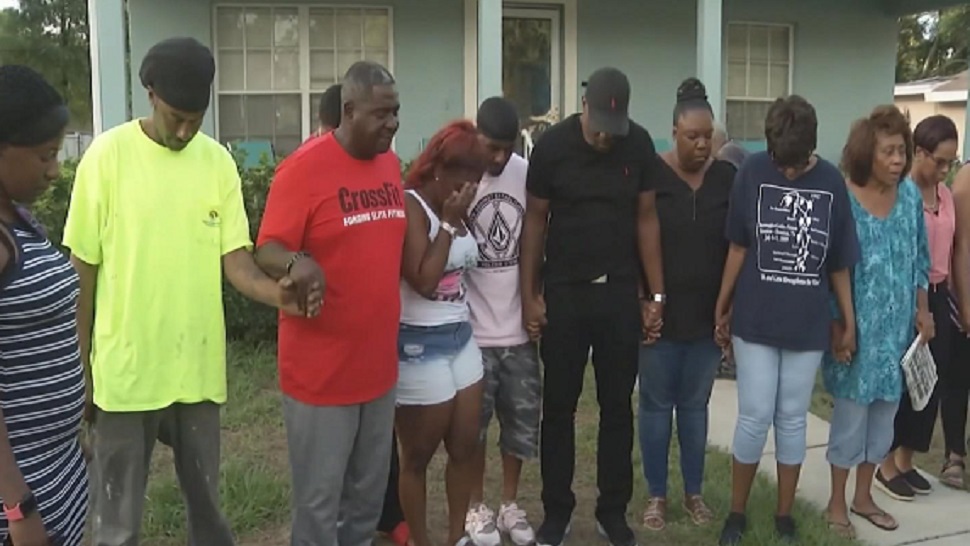 Because as family and friends mourn Patterson's death, police are still looking for the person responsible.

It was two weeks ago when his roommate heard a noise and found Eric shot.

Police released video this week of a white SUV which they believe may belong to the shooter.

Javonica says she saw Patterson talking to people in the same white van while at his house two days before he was killed.

"I wish I would have just asked him who that was, he would have told me. And maybe I could have solved this case like that. I just want it to be solved," said Javonica.

There is also video of a dark sedan in the same area around the same time, sparking a plea from not only police, but Patterson's family.

"Please come forward. Like somebody, just give us a lead or tell us something. Somebody knows something,” said Lianishia Wilson, Eric’s sister.

Anyone who would like to submit a tip can contact the Tampa Police Department or Crime Stoppers.