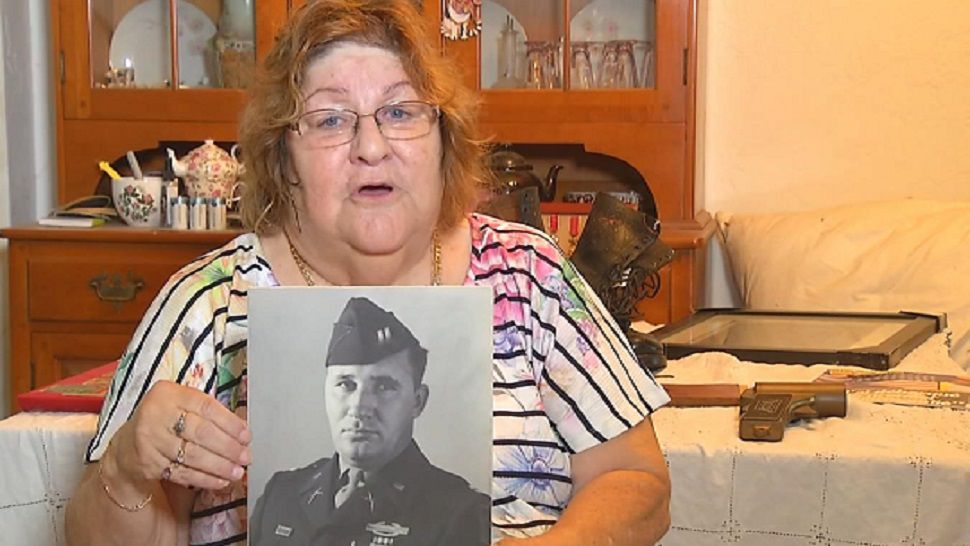 Largo resident Jane Schroeder holds a photo of her father, Capt. Leonard T. Schroeder, who was the first American soldier to come ashore during the Normandy invasion. (Spectrum News image)

LARGO, Fla. — America and the rest of the world took a collective pause Thursday to commemorate the 75th anniversary of D-Day.

The landings of the beaches of Normandy, France on June 6, 1944 marked the beginning of the end of Adolf Hitler's occupation of Europe.

World leaders, including President Donald Trump honored the heroes from D-Day during a ceremony Thursday in Normandy.

Schroeder Jr. was in command of 219 men when he etched his name in American history. An aerial assault led the way for the thousands of troops arriving in Normandy by boat.

The soldiers landed in rough seas and were immediately greeted with enemy fire raining down on them.

"My father was reported to be the first American soldier to land by sea on Utah beach on D-Day," Jane Scroeder said.

Just 25 years old, Capt. Schroeder and his men were tasked with capturing a German-occupied French town. Schroeder almost wasn't a part of the invasion until a visit from Brigadier General Theodore Roosevelt Jr., the eldest son of ex-president Teddy Roosevelt.

"My Dad was sick before the invasion and was in the hospital," said Jane, retelling the story. "So General Roosevelt went to see him and said 'come on, you got to get out because I’m riding on your boat…I want you to get me on the beach.'

And he did - in fact, Schroeder was the first to reach ground. 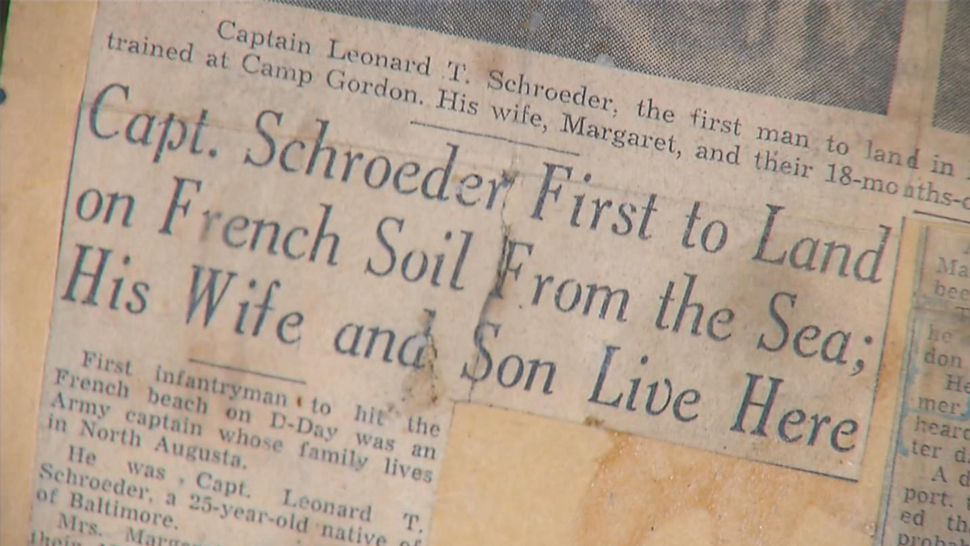 Seventy-five years later, Jane still has the boots her father wore on D-Day. She also keeps his helmet, falre gun and other items he carried into combat. 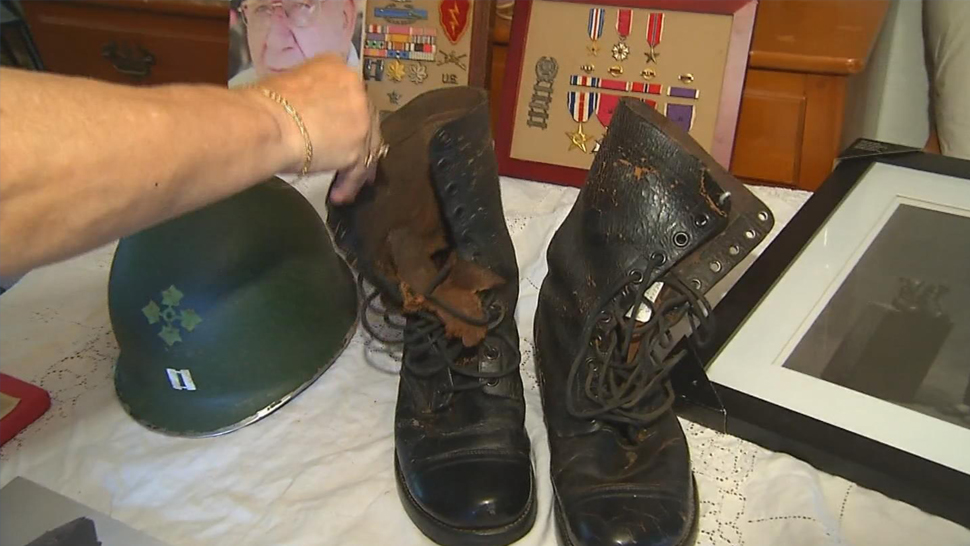 She also has newspaper clippings documenting her father's moment in history.

"Sometimes it’s almost unbelievable," Jane said. "My dad. That was his job. And that’s how he felt about it."

Schroeder retired a colonel after 30 years of military service and moved to Largo. He died there in 2009 at the age of 90. 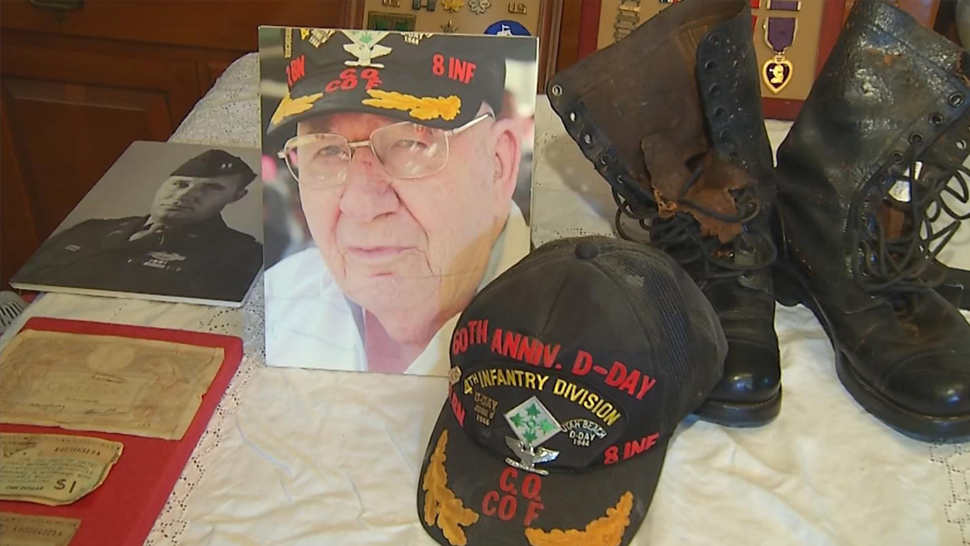 D-Day is especially emotional for Jane as she remembers and honors her father's service. She also hopes others never forget all of the sacrifices made that day and throughout the war.

"One of his biggest things was, if nothing else, if people didn’t learn anything else," she said. "Was that war is not the way to solve issues."

Jane Schroeder plans to donate all of her father's combat-related belongings to the national World War II museum in New Orleans.