The family has been traveling along the Pacific Crest Trail. (Family photo)

A Lakeland family is set to wrap up a 2,600-mile journey.

They have been walking from the Canadian border in the state of Washington all the way to Mexico. They have been traveling along the Pacific Crest Trail.

Father Vince Strawbridge said he wanted to take his wife Monica and children Aiden, June, Henry and Georgiana on the trip as a family bonding experience.

At first, the children were not really on board with the idea.

"The kids were slow to come around and eventually did it, I think out of obedience rather than joy, but have grown into an appreciation of it," Vince Strawbridge said.

The family saw amazing scenery along the way and met many fascinating people. They also had to deal with being far from civilization at times and missing creature comforts. 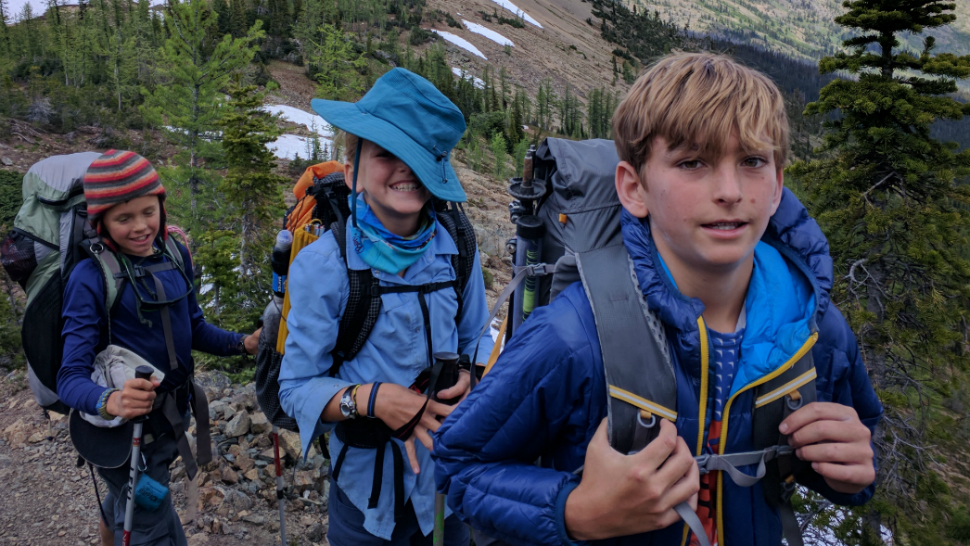 Father Vince Strawbridge said his children weren't sure of the idea at first. (Family photo)

They also had to deal with snow in the mountains and sometimes some very cold rain at high elevations.

"And so it was just that experience of just being so cold and so uncertain about what to do," the father said. "So we got together and huddled and got as warm as we could and made it through the night."

Strawbridge said the children would sometimes get tired and frustrated. Daughter June once threw down her backpack and started walking away. She couldn’t take it anymore and wanted to quit.

"And she said, 'I am not going any further.' It was so amazing to be able to spend the hours of time it took to sit with her and pray with her and talk about what it means to turn around and to face her despair," said Strawbridge.

He said June overcame her despair and fear and kept going.

Eleven-year-old Georgiana said she wasn't sure what to think of her father's idea for the five-month journey but now appreciates it.

"I think I"m really glad that he got us to come out here," she said with a laugh. "I wasn't excited at first but I think it’s really goodm we are about done and it’s been really, really helpful."

Vince Strawbridge believes the journey will have a lasting impact on his family.

"And I just think it will be the kind of thing we can reflect back on and say, 'Hey if we made it through that we can make it through this.'"

The family was set to end their journey at the California border with Mexico on Tuesday.