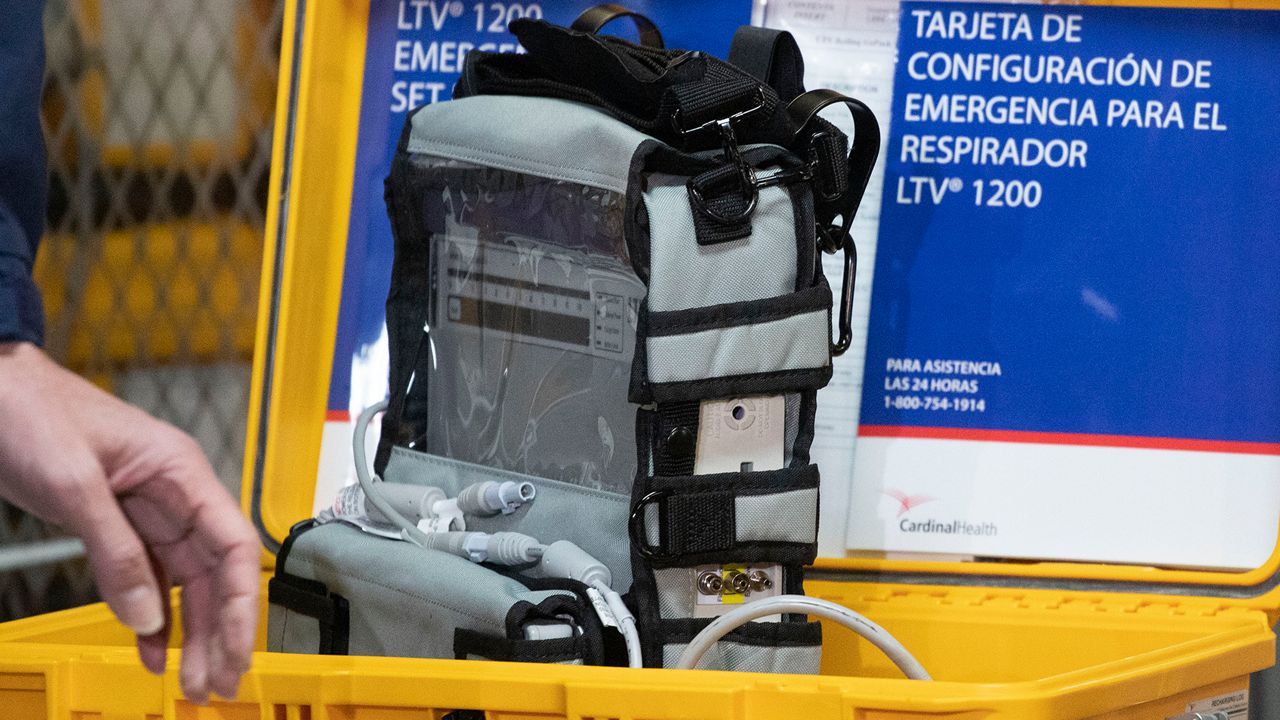 When No More Ventilators Are Left

As political and health leaders look into the face of rapidly approaching peaks in COVID-19 cases, the need for ventilators has hit crisis levels. In New York, Governor Andrew Cuomo signed an executive order Friday giving the state power to take ventilators and personal protective equipment (PPE) from hospitals not currently crushed with COVID-19 patients, and give them to hospitals that are.

There will likely come a point when there will be no more ventilators to shuffle around, and when that happens, what next? It’s a question Governor Cuomo refused to entertain.  “I don’t want to think about that consequence, we have many options.” Cuomo said on March 31st. “We’re still in it. We’re hopeful and working it out.”

Doctors on the frontlines meanwhile are worried they will run out of what they need at any moment. In describing the severity of COVID-19 illnesses, Montefiore Critical Care Medicine physician, Dr. Adam Keene said without official guidance, ICU teams have to operate under a first come, first served system. “If a patient comes in and needs a ventilator, let's say a very elderly patient, and you think that you're going to have 30 more patients coming in that are younger and healthier, you still need to put that elderly patient on the ventilator. Knowing that, that means may mean you can't save younger patients,” said Keene.

Dr. Douglas White, Ethics Chair in Critical Care at the University of Pittsburgh School of Medicine said an authorities need to put plans in place on what hospitals should do if they run out of ventilators.

“If we’re going to be making truly tragic choices, there should be some legitimate authority who is making recommendations for how those decisions are to be made. An individual doctor doesn’t have that authority, in my view. Even individual hospitals or health systems don’t really have that authority. The authority comes from legitimate public bodies who make transparent their reasons and try to provide an example that everyone in a state should be following,” said White. “If you have guidance at the state level, it creates a consistency across the state in how these decisions will be made.”

Guidelines on how to allocate ventilators fairly do exist. It is a question bioethicists and policy makers have been grappling with since the first SARS outbreak took the world by storm in 2002. The National Academy of Medicine, bioethicists across the country and the Centers for Disease Control have all thought about how standards of care must change during a crisis, including the act of issuing immunity clauses, offering legal protection to health care workers who will be faced with making tough decisions about who lives and dies. Another widely accepted tenant of many recommendations is that the patients who are most likely to survive with the help of a ventilator should get one first.

Dr. Tia Powell, leads the Center for Bioethics at Montefiore Health System and Albert Einstein College of Medicine, she helped write New York State’s Ventilator Allocation Guidelines released in 2007 and consulted on the updated 2015 guidelines. “We all thought, well, this is good. We'll write this and we'll never have to use,” said Powell.

Most allocation guidelines offer an algorithm, of sorts. A consistent and ethical way to decide who gets a ventilator and who doesn’t. Often what is recommended, is that a triage team makes the ultimate decision based on the guidelines, so the bedside doctor doesn’t have to make that call.

“They try to keep things objective. So they add up; how are your kidneys doing? How's your liver doing? How are your lungs? How's your heart? And they come up with a score that has been validated and gives us a pretty good, not perfect, but pretty good idea of your likelihood of survival even with intensive care,” said Powell.

In New York, the governor has not yet signed an executive order activating the state’s allocation plan. Hospitals can choose to simply follow the guidelines that exist. That is what the president of the state Medical Society recommends hospitals should do in the absence of a direct mandate. “While DOH is reviewing the situation in light of COVID19, we suggest that our medical centers and health systems use this document as a framework to inform policy decisions. Additionally, each institution should empower its ethics committee to have in place a system to respond urgently to requests for guidance when the need arises so that no physician need bear this terrible burden alone,” Dr. Art Fougner said in a statement.

Below is Erin’s Q&A with Dr. Tia Powell on what allocation guidelines entail and also things to think about as the COVID-19 crisis worsens. It is lightly edited for clarity.

Erin: What is happening in hospitals right now without allocation plans in place?

Powell: In the absence of guidance? I actually think there's some variability in what people are doing. I think physicians are quite confused. They are working hard. They're really trying to take care of people. People are really struggling to think about what's going on right now and what they would do, and without some form of guidance, I think there's variability. And in general, variability is not a sign of excellence in health care

It is basically first come, first served. But it's also true that the resource is scarce and you're trying to save lives and everybody wants to give the best care possible. But we don't have all the resources we usually have. We don't have a standard ICU bed for everybody.

I personally wish there was some form of guidance. It may be that the guidance that's existing isn't right and needs to be adapted.

Q: Can you explain the idea of “maximizing benefits” or “saving the most lives” when you are shifting the standard of care in a crisis situation?

A. This is the hardest part about crisis standards of care. Ordinarily medicine focuses on the obligation to the individual person in front of you. But in a crisis, sometimes you have to push people to look at the health of the population overall. And that's a really tough shift.

It gets very confusing because I really hate the idea of people taking from this the notion that the lives of people are valued differently. I don't want the elderly to feel like they don't count because frankly, a lot of times in our society, the elderly are made to feel that way. They're not wrong to worry about that. But I do think as somebody who thinks a lot about dementia and has advocated for the elderly, when we are at the end of life, it's not at all clear that being on a ventilator, that having critical care medicine is what's really helping you. It's a terrible thing to say, but we are all going to die. If that's where you are, we can think about the quality of death and really a comforting death to acknowledge this is what's happening. Let's see what we can do. Can I get an i-Pad into your room so your family can see you? Those are the things that actually might be helpful. A ventilator can save a life sometimes. Not every time.

Q: Should families be thinking about whether it’s even wise to send an elderly loved one to the hospital at this time? Might it be better to be surrounded by loved ones, then to be denied the best kind of care possible, because we are in a crisis situation?

A. I think that it's a great time for people to have those difficult conversations that none of us wants to have. Our geriatricians are doing a fantastic job of making sure that all of the frail elders that they take care of have really spoken to their doctor about their values, about what they would want. And many of them are saying, I get it, I'm 96. I don't really feel the need to be in the hospital where I know I can't be with people who love me. That's the first thing that happens these days.

Q. How these allocation guidelines helpful to patients?

A. The objective scoring is not perfect, but it is better than some alternatives. What you really don't want is, in a situation of scarcity for people, to make decisions that are biased, that are not based on actual survival.

Quality of life, that kind of stuff has no bearing in there. You want to make sure that you're using something where you can show the work, you can show how the decision was made, and it doesn't have to do with what country you come from, or what language you spoke, or whatever. That I think is fair, we're all kind of equal in that sense.

Q. Why is it important to have guidelines like this for the clinicians who are actually treating these patients?

A. What most of the guidelines say is that the most important, general part of medicine is that the people taking care of you are your advocates. So the doctors and nurses and the respiratory therapist, all the people at your bedside, you don't want to feel like they're looking funny at you. You want those people, as they always are, to be working tirelessly for you.

What the guidelines mostly say is that if you would have to take people off of ventilators, that decision should be made based on evidence by somebody else, somebody who's not your primary team taking care of you at the bedside, because we want those people taking care of you to be doing everything they can to get you moving forward. And we sort of separate that out because we want the patients and the clinicians to feel like we were doing what we always do. You're trying to get better and I'm trying to get you better. That's our job.