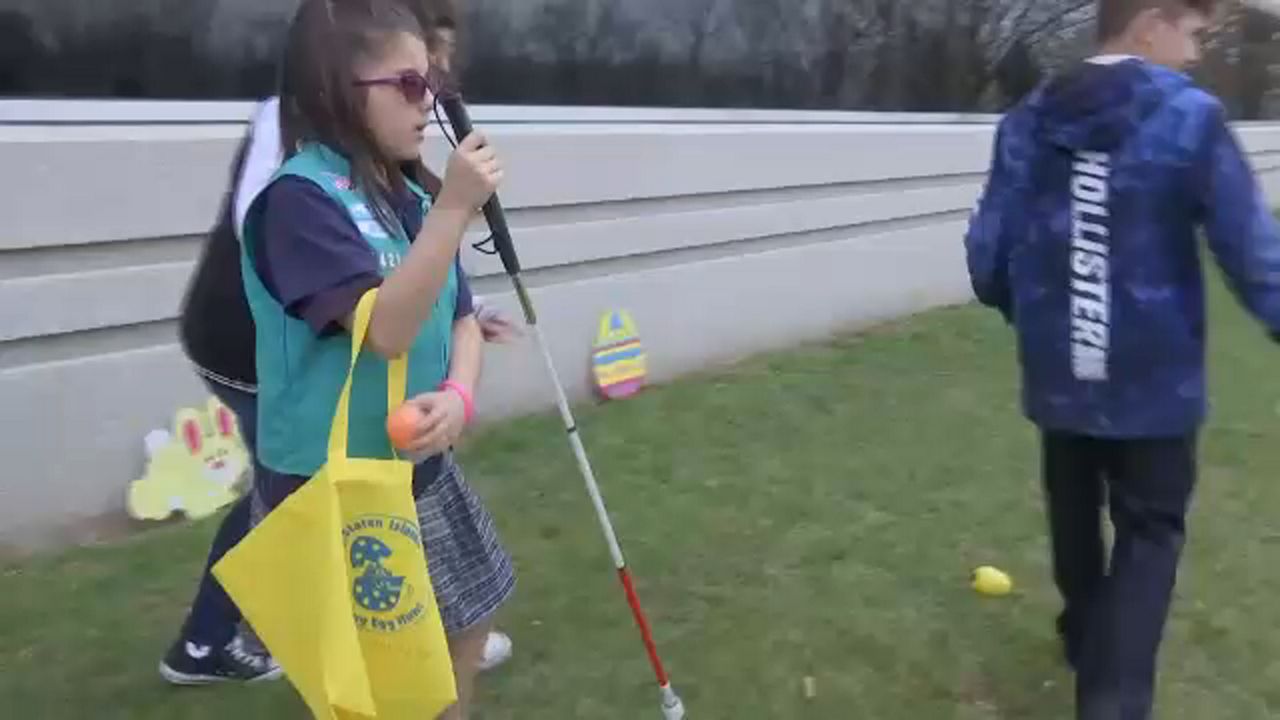 The Easter eggs can be heard beeping, so children with sensory and visual impairments can join in on the fun.

The event  at the Common Cafe in Bloomfield was  hosted by the non-profit VISIONS Services For The Blind.

Once the kids found the eggs they traded them in for treats.

"I think that it's very interesting that the eggs are beeping and that people can make eggs that beep," said Lauren Calvo, and egg hunter.

The Bureau of Alcohol, Tobacco, Firearms and Explosives made the beeping eggs used during the Easter egg hunt.  Another beeping egg hunt will be held in the Bronx at Lavelle School for the Blind on April 16th.