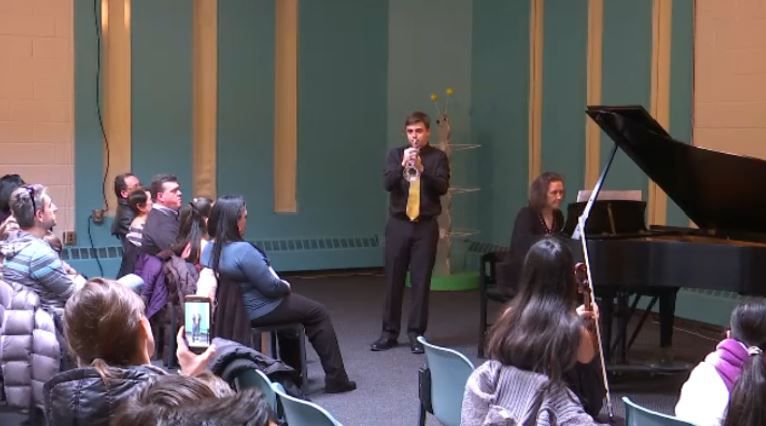 Staten Islanders showed off their musical abilities in a new talent show.

The Richmond County Orchestra and the Riverside Opera Company hosted the Staten Island Has Talent showcase on Saturday.

The event featured eight performers with strong musical talents including singers, violinists and even a trumpet player.

Each of the performers had to audition for the show.

"There's a give and take between the audience and the performer and they get feedback right from that. So just by doing it, it's great," said Alan Aurelia Organizer, Staten Island Has Talent.

This was the first year the talent show has been held and organizers say they plan to make this an annual event.