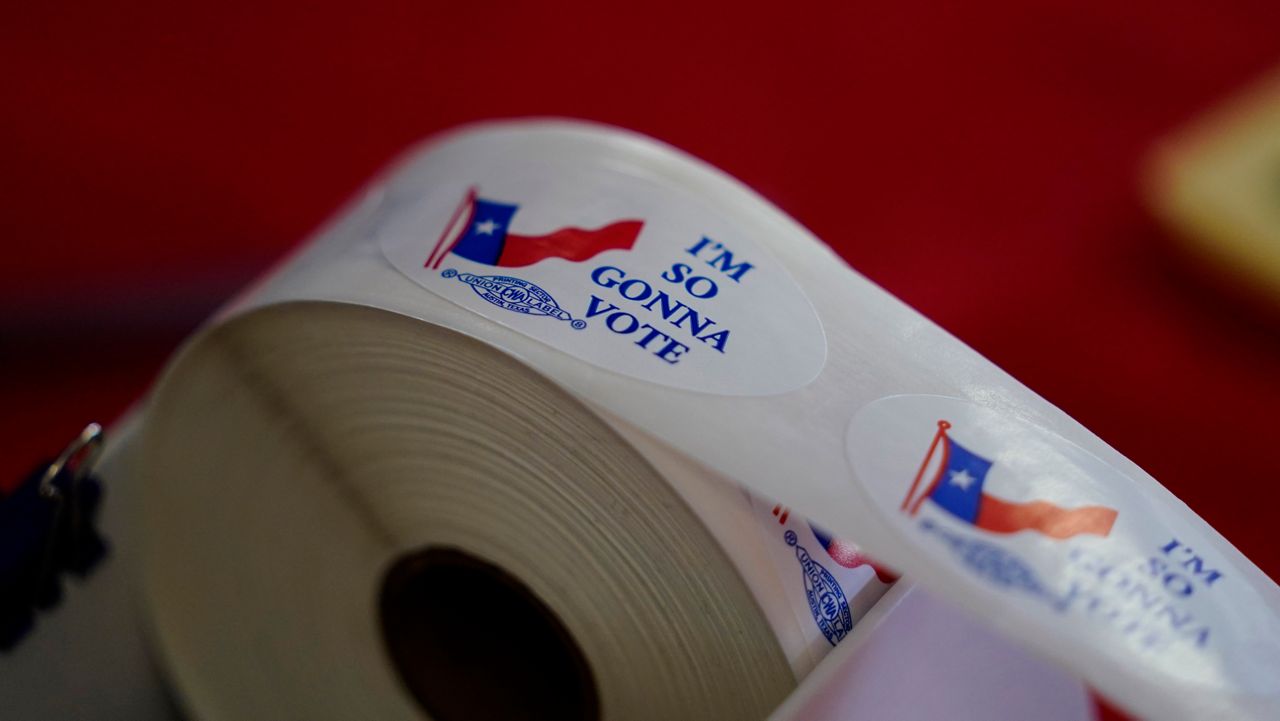 Republicans and Democrats want to tackle elections, voting next session

AUSTIN, Texas — The Texas Legislature won’t convene until next January, but already more than a thousand bills have been pre-filed. Several of these bills deal with how voting is done in the Lone Star State.


Four Texas Democrats have pre-filed identical bills to allow any qualified voter to cast a ballot by mail. They are House Bills 67, 241, and 502, and Senate Bill 120. As it stands, only certain Texans qualify for a mail-in ballot. Two of the authors think universal vote-by-mail would benefit a lot of Texans.

“We want to make voting as accessible, easy and secure as possible. And this is a very secure way to do that,” said Rep. John Bucy, D-Austin.

“We’ve already made a decision, a policy decision, that voting by mail is something that we should extend to people 65 and over or someone with a disability,” said Sen. José Menéndez, D-San Antonio. “Then if you know that you can do it for them, why can’t we do it for everyone?”

Neither Rep. Bucy nor Sen. Menéndez is sure that they have Republican support, especially since the last session when lawmakers passed Senate Bill 1. It restricts how and when voters can cast ballots.

Thousands of mail-in ballots were rejected in both the March primary and November general election. Many blame the new requirements of Senate Bill 1.

“Some of those rejection rates have come down as voting rights groups have worked to educate voters and try to help them get their votes counted,” said Kimberley Allen, the co-founder of Power the Vote, “But even still, in the major counties in November, we saw a 4% rejection rate statewide, or at least in those major counties, which is still about twice as high as we had seen in prior elections before 2021. We’re not really living up to the promise of our democracy if voters aren’t able to cast their ballot and make their voices heard.”

The bills that Democrats have written to expand vote-by-mail are an effort to undo some of this.

“This is an opportunity to remedy some of those actions from last session, and make voting more accessible for everybody,” Rep. Bucy said. “I think there’s a bill that will help increase participation. It will walk back some of the negatives of SB 1.”

“Up until 2020, most people who voted by mail were Republicans, and overwhelming. Largely because Republicans who do vote are usually over 65. They vote for the Republican Party. And so if you have a state that only allows people over 65 to vote by mail, not surprisingly, the answer has been that people who do vote by mail tend to be more Republican,” he said. “Except starting in 2020, when of course Donald Trump, the presidential candidate and incumbent, told people that voting by mail wasn’t safe, and many, many Republicans–in spite of COVID and their fear–chose not to vote by mail, almost always voting in-person early. And that continued in 2022. Most of the votes cast in Texas and in most of the country by mail were cast by Democrats.”

Many Harris County voting locations experienced issues on election day. Some polls didn’t open on time. Others ran out of paper. That was unacceptable to Sen. Paul Bettencourt, R-Houston.

“It’s preposterously bad public policy not to have ballot paper at a voting location,” he said. “If voters go to a poll, that’s announced and they have no ballot paper, that’s voter suppression.”

That’s why he pre-filed Senate Bill 220. It would allow the Secretary of State to appoint a State Election Marshal, who could help solve problems on election night.

“Because if there is a problem in the field, you really want to either fix it to help and or document it, or if necessary, you know, have the highest election officials in the land, which is Secretary of State, do something about it,” Sen. Bettencourt said.

Stein said part of the problems in Harris County, and other big counties like Travis and Tarrant, was that there were too many polling locations.

“That stretched the county election administrator, the machines, the paper, and the poll workers,” Stein said. “And so when a problem arose in one of these 780 polling locations, it often led to long lines and waiting times. And in as many as maybe two dozen polling locations, voters were not able to vote up until closing time, seven o’clock. There’s a simple solution to that, and that is to carefully reduce the number of Election Day polling places to a smaller number that are larger in size, that are centrally located to where people live and work, and make certain that their properly equipped, staffed, and operated. It doesn’t mean cutting them in half. It probably means reducing 100 to 150 polling locations from the current 780, maybe down to 650. That will probably solve the problem. It’s worth noting there were no problems with early voting, and there were no problems with mail-in voting. The problem occurred solely on Election Day.”

Sen. Bettencourt also pre-filed a bill, Senate Bill 221, to make ballot propositions easier to read. It would require them to be written with clear language, so voters are not misled.

“Get rid of all those hijinks. Just do clear language and say, ‘Here’s the proposition, vote yes or no,’” Sen. Bettencourt said. “That this is a real problem in government right now. We use language either that’s too technical, or in some cases, people put language in there on purpose to confuse the voters. We just need to get back to clear language so people know what they’re voting on.”

Both Republicans and Democrats want to see changes to Texas elections and how we vote here. We’ll see which bills get traction when lawmakers convene next January.