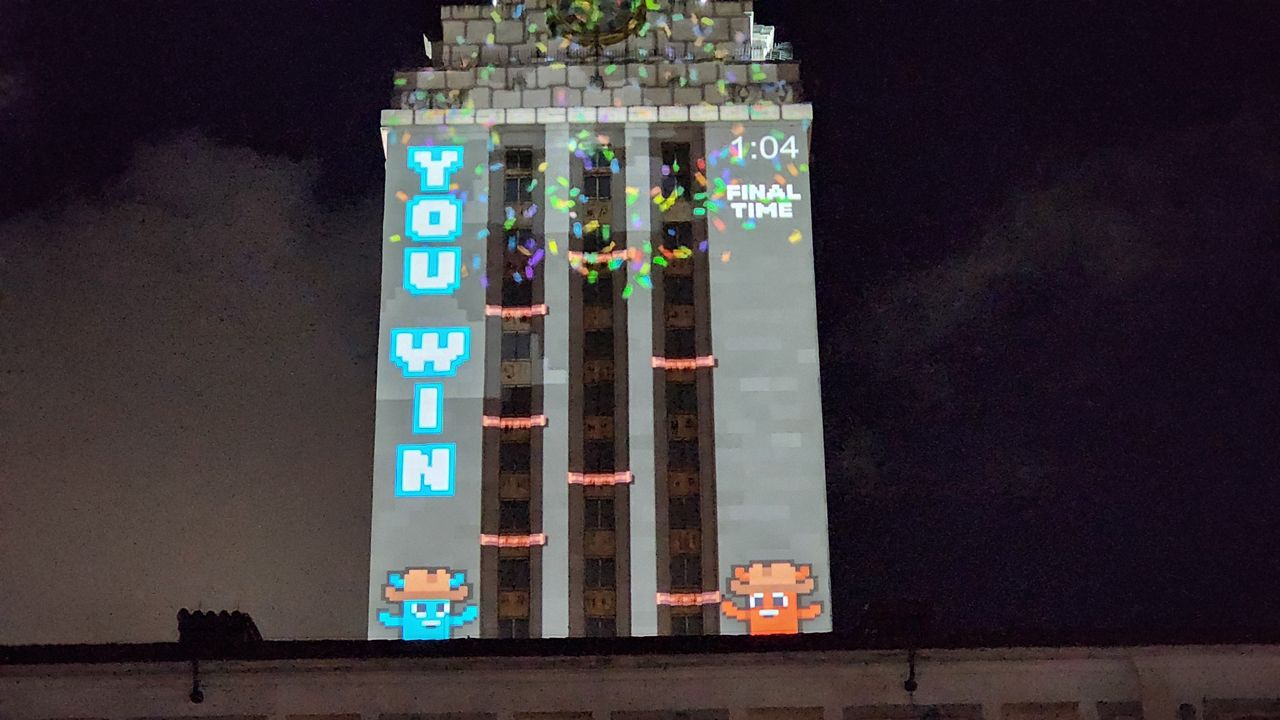 AUSTIN, Texas — Marin Clark looked up at the University of Texas at Austin Tower, smiling from ear to ear.

The junior, majoring in arts and entertainment technologies, was lost in conversation with a fellow student when the pair was approached by someone with a clipboard.

“Do you want to play?” the student asked Clark, referencing the video game currently being projected onto the historic Tower in the Main Mall.

After some thought, she agreed. But not before her friend revealed something few in the crowd of students knew.

“How many of these games did you develop?” a student asked Clark.

“Just this one,” she replied, still smiling. “It’s really great to hear people enjoying something I contributed to. That’s definitely one of the most rewarding parts of any creative process. It's seeing people enjoy what you made.” 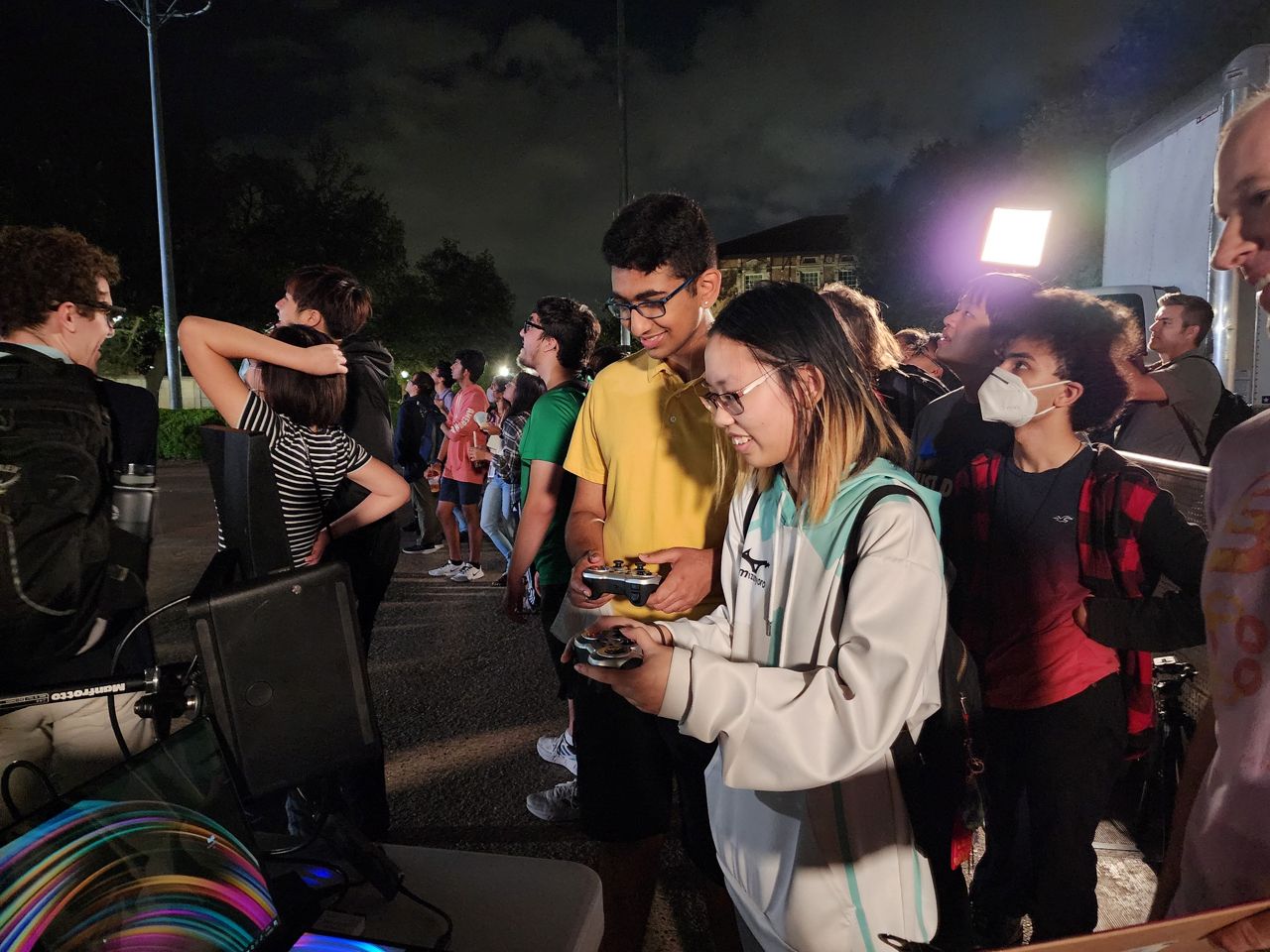 Clark did the art and animation for the game “Tower Tumbles,” one of two games projected onto the UT Tower on Nov. 3 for an event called Ready Tower One. The date’s important to the UT School of Design and Creative Technologies because it’s the first time projection mapping has been used to turn the tower into a video game screen.

“What we’re teaching students is an immersive experience, because if you think about where the world is going  — web3, metaverse — this is what it is.” Doreen Lorenzo, assistant dean of the School of Design and Creative Technologies, said.

Clark worked with the Arts and Entertainment Technologies department chair Michael Baker and Assistant Professor of Practice Andrew Augustin to create the game.

“I learned a lot of my stuff through the internet, and I think it’s important to have faculty with the experience I have to guide these future aspiring artists and creatives to get them the tools they need to be successful,” Augustin said.

The university reached out to the group about projecting images on the tower for an event. With extra time on their hands, the AET department asked the administration to project its own idea onto the tower, which led to the Ready Tower One event.

“Something that was a bit of a challenge was the augmented reality aspects, making sure the geometry matches perfectly with the tower itself,” Clark said. “We ended up bringing in a reference for the tower’s architecture, then making a level over that so it feels more cohesive.”

There was some initial troubleshooting required before the gaming started, but the event was a hit with dozens of students lined up to play or watch.

Clark said she found her identity through modern storytelling in video games when she was in high school and hopes to provide similar experiences to others throughout her career.

“I think it’d be really great to be in the position where I can make a project that inspires people,” Clark said.